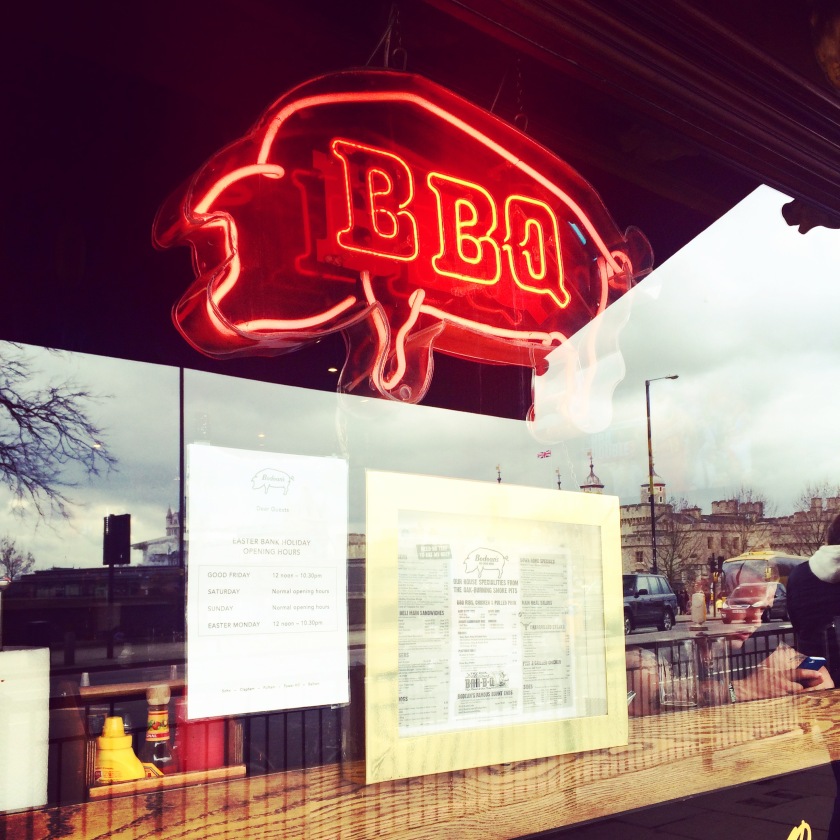 One of our guilty weekend pleasures is going to Bodean’s BBQ, so on Saturday, amidst our cook and bake-off, we thought it would be wise to get out of the house for a little while and go for some lunch, so we thought we’d go for one of our faves.

The Tower Hill branch is located on the opposite side to the Tower Of London, just a little further up the road. It looks small from the outside but most tables are located downstairs, underground. It might be a little claustrophobic for those who like natural light!

The restaurant is normally packed out, but it was a bit quieter on Saturday, As such, I felt that being told that we could have the table for an hour and a half was a little unnecessary. It was just the two of us, not a large group that would be more likely to linger, so we were hardly going to take more than an hour and half. The other thing that annoyed me, was that we were seated right next to another couple (and the tables are very close together), despite the fact that the majority of tables were empty! I asked if we could move, but because the other tables were for four+ people rather than two (again, despite the restaurant being fairly empty), we had to stay put. The staff are all incredibly friendly, so they can’t really be blamed – this is obviously something they’ve been instructed to do, but it’s very frustrating.

We decided to go for the Bodean’s Platter for Two, which is made up of Spare Ribs and Baby Back Ribs, Burnt Ends, Pulled Pork and Chicken Thighs. It’s served with fries, a dip and coleslaw. I’d also been craving Macaroni & Cheese for ages, so I ordered that as a side. 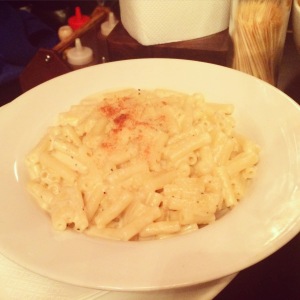 As always, the food was incredibly tasty, with very generous portions – look at the size of that Mac N Cheese! I was a bit concerned that our order had been taken down incorrectly and they had brought us a main course, but no – that’s the size of the side!

Bodean’s have restaurants in Soho, Fulham, Clapham and Balham too, but Tower Hill is just a few stops away on the District line for us, so it’s really convenient. On Sundays to Thursdays they have a ‘Game Day Special’: £15.00 per person for buffalo wings served with a full rack of baby back ribs, fries, coleslaw and a beer. it’s great value and you’re guaranteed to be happily stuffed afterwards!