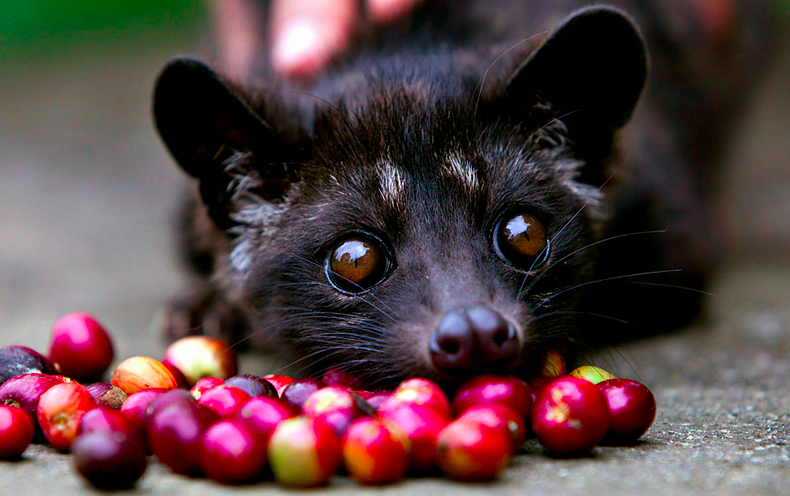 When I first wrote this blog post last week (14th May 2015), I only thought I’d write about the first episode of the series. I figured that would give a good overview of what the programme is about, and the message it was trying to get across. After watching the second episode last night, it turns out I was very much mistaken, so I felt compelled to update my blog post. If you scroll down, you’ll find my views on Episode Two.

Last night I was out an event but I saw lots of friends on Facebook and Twitter talking about a new programme on Channel 4, ‘The World’s Most Expensive Food‘. Some of them really seemed to be up in arms about it. So I had to watch it when I got home!

‘The World’s Most Expensive Food’ is a new series which covers different areas of luxury food products each episode. I expected it to be all about caviar and truffle. And while these items were or will be talked about, it went so, so far beyond that.

For instance, it featured Salvatore Calabrese, a man who, aside from being one of the world’s leading bartenders, is an avid collector of rare spirits. At one point in the programme, he poured out a serving of a spirit from 1811 to a Russian billionaire, all for the paltry sum of £5,000. But it was ok, because this Russian billionaire was about to have a baby, and this was the perfect way to mark the occasion 😉 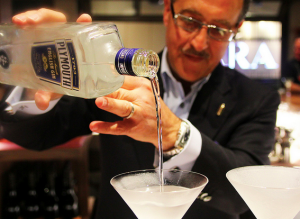 We were introduced to King’s Caviar, a family business, run by a mother and daughter, supplying caviar to the rich and famous. It should come as no surprise to anyone that caviar costs a fortune, so I felt a bit sorry for how the business came across. It gave the impression that the daughter, brand new to the business, didn’t have a clue what she was doing, and made you question why any prestigious hotel brands or wealthy individuals would buy from them. But obviously they do, so this was a bit unfairly represented. The caviar looked fantastic – I’d personally love to attend a caviar tasting.

What was really eye opening, was the segment on ‘On Air Dining’ – a caterer to the super rich on board their private jets. Private jets that can cost around the £60 million mark! So as you can imagine, the food has to meet expectations. Especially when we lose 50% of our ability to taste flavours at high altitude, this can be a challenge. But it gave a glimpse into the business and how much they could charge (and the mark-up they could make) – they estimated that they could sell their new dessert for £400.00 per plate.

Then we met Richard Hardwick and David Foster, purveyors of luxury coffee. We’re talking about £325.00 per cup here. This coffee is made from coffee berries which are eaten and then defacated by the ‘luwak cat’ in Indonesia. Yes, you read that right. Defacated. These creatures are adorable though, just look at their little faces. 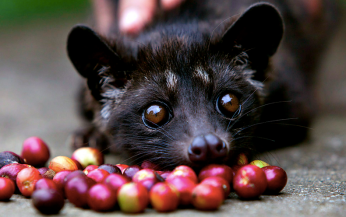 Although sadly, when doing a bit of research on this piece, I came across a few articles describing how these cats can sometimes be kept in battery cage systems, raising serious ethical concerns. This is something I’m going to look into further.

Lastly, we were introduced to the ‘percebeiros’ of Spain. These men risk their lives on a daily basis on the coastal region of Galicia, collecting ‘gooseneck barnacles’ – a delicacy which can sell for a fortune. While they can earn around 400 Euros a day, an average of five percebeiros die every year doing this. 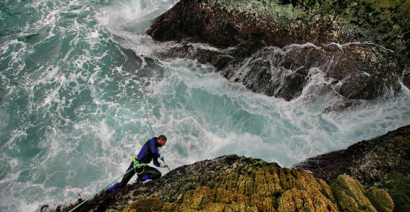 Now it sounds like I’m being cynical about this programme and the subject matters featured, but I’m not. I totally get it. The food items featured are rare. Really rare. And as such, you pay a price for it. There are only a limited number of people in the world that can afford to buy such delicacies and if that’s how they choose to spend their money (which usually, for them, is a drop in the ocean), then that’s their choice. I wouldn’t be writing a blog like Got To Be Gourmet if I didn’t like the finer foods in life, and yes, perhaps I could be considered to spend ‘too much’ on food by some.

One thing that was said in the programme is that for many of these billionaires, buying these foods isn’t about showing off, like perhaps it used to be. It’s more about a story. And I thought that was really interesting. When I look back to the favourite restaurants that Tim and I have visited, they have generally been the more expensive, where they have done something particularly unique with the dishes, and could indeed tell a story. The ‘Around Iceland’ menu we had at the Fish Company in Reykjavik, which I wrote about previously, is a good example of this, and is one of my favourite dishes to date.

The only issue I have, is whether there are any serious moral concerns around any of these items, such as the welfare of the luwak cat in Indonesia, or the men risking their lives in Spain. It then also makes you wonder what else these billionaires could be doing with their cash if they weren’t spending it on food. Think how far the money for a £400.00 dessert could go, for a charity. Then again, maybe these people are also donating large amounts of money to charity too, you just don’t know!

And to think, I considered dinner at Heston Blumenthal’s ‘The Fat Duck’ to be the height of extravagance. This is a whole new level.

As I mentioned at the beginning of this blog post, I really didn’t think I’d end up coming back to this. But last night’s episode really got to me. I felt that it completely contradicted the message of the first episode. I almost condoned the behaviour of the people in the first episode, but last night’s was a different ball game.

As with the first episode, this instalment of ‘The World’s Most Expensive Food’ focused on a number of companies and individuals operating in the sphere of luxury food, with millionaire/billionaire clientele in London.

First of all we met a lady who sources truffles for the rich and famous and sells them for a fortune. Quite literally. 1kg of the stuff can reach over £2,000 and her minimum order is 100g, all hand delivered to the client’s door. Now as you may well have gathered from this blog, I ADORE truffle. Not that I’ve ever bought it for myself, but if it’s ever on a menu, whether it’s grated on the top of a dish, or simply in a sauce, it’s a no-brainer for me. It’s not about the image of ordering truffle or wanting to be extravagant. I genuinely just adore the taste of it. What annoyed me was when the lady selling the truffles said that she believed her customers wanted to buy truffles for ‘status’ and to ‘keep up with the Joneses’. The last episode of this programme painted a very different picture, saying how these millionaires wanted a story behind their food, something that they can tell again. For them, it wasn’t about showing off.

At one point she delivered some truffles to Marissa Hermer, the wife of the owner of Boujis, amongst other establishments, who throws renowned dinner parties. Everything was going fine until she said that she buys her smoked salmon from a man who plays jazz piano to the salmon, as it ‘makes them taste better’. We were then treated to a display from this ridiculously eccentric individual, Ole Hansen. I’m sorry, but I’m really open minded, and even I find this hard to believe. What really annoyed me, was when he claimed that he knows how to separate his salmon into what men and women want. Because apparently women want their salmon to be nice and delicate. Excuse me? Give me a trout or a seabass and I’ll happily hack off its head and fillet it in seconds.

We also met Ken Benning, CEO of Exmoor Caviar. An odd choice of business to focus on, I thought, considering we had looked into caviar in the previous week’s episode.

However, Ken had his heights set higher than standard caviar. He’d been looking into using the African Clawed Frog in his caviar – these frogs are thought to have medicinal values, so if you inject some of this goodness into your caviar, you’re essentially creating ‘uber caviar’. His reason for doing this is because the super rich are always looking for ‘the next big thing’ and he’s probably right. I couldn’t blame him for trying something new. Although his spirits were dampened slightly when it was revealed it would take a few years to test the caviar and to have it approved.

We also met Tom Harrow. I’m not completely sure of his job title, but it would appear that he sources wines and unique experiences for the rich that supposedly, they wouldn’t be able to do for themselves or find elsewhere. Now I was able to accept this, until he took a bunch of ‘rich folk’ on a truffle hunting expedition in the UK. He gave the impression that this was a ‘money can’t buy experience’. I beg to differ. The English Truffle Company offers Truffle Hunting days for £150.00 per person. Hardly ‘money can’t buy’!

I’m really looking forward to next week’s episode now, to see how I feel about it. I’ve got very mixed opinions across the two episodes so far. What are your thoughts? Let me know in the comments section below!