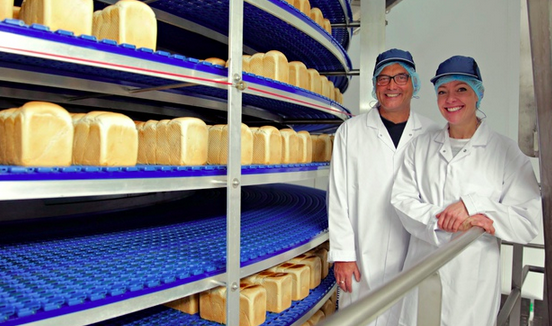 When I saw some fellow foodies talking about BBC’s ‘Inside The Factory’ programme on Twitter, I knew I’d have to watch it. Especially as they mentioned that one episode would be about the Nestlé factory in York. I used to live near it, and knew a few people who worked there. But I’m also very aware of the ethical controversy surrounding the company and I wondered if this would be mentioned.

‘Inside The Factory’ is a BBC documentary-style programme, presented by Gregg Wallace and Cherry Healey. Each of the three episodes focuses on a different kind of factory – bread, chocolate and milk, respectively. 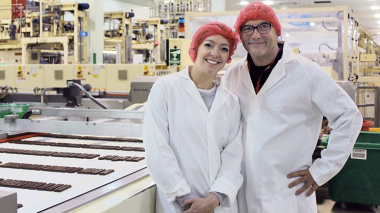 It seemed like quite an odd choice of subject matter for a documentary given the current focus on fresh, healthy food ‘straight from the field/farm’. Seeing the raw products being delivered to the factory fresh and then going through hundreds of processes, it made the bread, chocolate and milk feel extremely ‘manufactured.’ That’s not to say that the processes were harmful or any nasties were being added to the products, but seeing them being pulled and thrown around, going from conveyor belt to conveyor belt, I just yearned for some freshly baked, warm bread from my oven, rather than rushing down to my local shop to buy some Kingsmill. 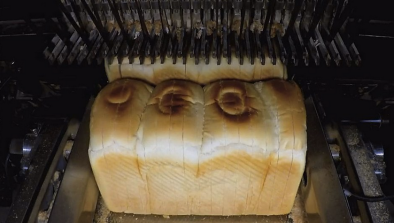 Similarly, seeing the cows being taken in for milking, made me feel a bit sorry for them. And you know me, I’m no softie when it comes to meat and livestock. But the way that they were being put into tight lines and milked with machinery, it’s a world away from the image of the farmer milking his cows on the farm. But hey, this is a huge milk business, so it’s to be expected. But then we were shown a farm in Lancashire, where they’ve implemented some top of the range robotic technology – the cows can go to be milked from a machine at their own leisure! While the technology probably cost a fortune, this seemed much nicer for the cows, and so incredibly clever! 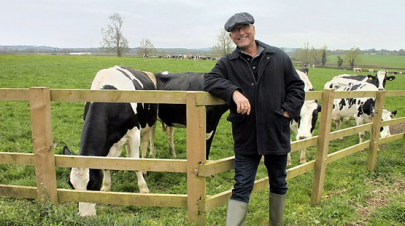 At times, ‘Inside The Factory’ felt a bit like the kind of educational documentary you were shown at school – lots of ‘stating the obvious’ phrases and repetition, and many, MANY shots of Gregg Wallace’s grinning face. But you can’t help but smile at that grinning face, he was having the time of his life playing around with the machinery – particularly impressive was the bread packaging machine – it drops the loaf of bread and within split seconds, it is caught by a plastic bag which shoots over it, wrapping it up.

Historian Ruth Goodman was brought on board to look at the history behind how these products were made, and although these sections seemed a little out of place given the style of the documentary, they were probably the most interesting. I loved the section where she met with an elderly couple who worked, met and fell in love in the Nestlé factory in York before the ‘machines took over’. I couldn’t help but wish that this programme had been more about the history behind our bread, chocolate and milk.

What I found surprising, was the huge amount of company branding displayed in the programme – the BBC isn’t supposed to advertise, yet the Kingsmill, Nestlé and Arla company logos were constantly on display, from the machinery to the employee’s uniforms. No doubt it can be classified as product placement, but there was a lot of it – it became distracting at times! 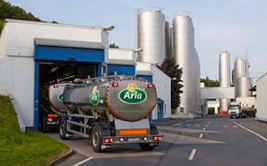 I did learn a few things though, that I was able to take away from this programme:

The UK consumes 12 million loaves of bread a day, 20 million litres of milk a day, and each Brit consumers 266 bars of chocolate each year!

Learning about what happens to the cocoa beans when the reach the factory was interesting, especially as I’d just attended a chocolate making class, to be able to see how massive companies like Nestlé handle them.

Something I thought was really interesting, was the discussion about lactose intolerance. All mammals have the ability to digest milk as babies, but in theory, once we grow up, our bodies shouldn’t be able to digest it. For instance, in China, 90% of people are lactose intolerant. The reason us Brits can digest it is due to a genetic mutation, which experts believed happened thousands of years ago in Hungary!

Unsurprisingly, however, nothing was said about any Nestlé controversy – the programme solely focused on the food products being made and not about the businesses making them.