The other day, I came across an event taking place in Shoreditch all about 3D Printing. This is something I was vaguely aware of, but really didn’t know that much about. When I saw that there was a whole conference section on gastronomy, I was intrigued – how on earth could you 3D print food?! I had to find out, so I took the morning off work and was able to get a press pass for the conference.

Having managed events and conferences myself in the past, I always have pretty high expectations. With various technical issues (ironic for a conference focusing on the very latest in technology!), no refreshments or breaks in between speakers, I was a little bit disappointed in the organisation of it. I really hoped that the content of the conference would make my morning off worth it – and it certainly did!

There were five different speakers:

My main difficulty with this conference to begin with, was that the speakers assumed that everyone there knew all about 3D Printing and how it works. And that’s a fair assumption at a 3D Printing conference! So I quickly had to get to grips with what they were talking about and how it all worked.

If you’re anything like me before I went to the conference and have no idea whatsoever how 3D printing works, I’ll try and put it into the most basic terms. You have a printer, much like any printer you would have in your house or office. But instead of having ink in your cartridges, you have a food substance. As you can imagine, this food needs to be in a fairly soft form to be able to print with. You design what you want to print on a computer, and the printer quite literally prints what you’ve drawn, onto a flat surface. Unlike a normal printer, printing on paper, the printer does it in layers, upwards, to be able to make it 3D. It’s incredibly clever.

At the moment it’s very much in the research and design stage, rather than being used by the general public, so I was interested to see how they thought it could indeed be used by consumers in their own homes. I feel like there will be some initial concerns/obstacles:

The talk from Melanie from Print2Taste made the idea of 3D Printing seem the most feasible. Her company is about to launch ‘Bocusini’ – a system of 3D printing at home where you install food cartridges of all different flavours, link up to wi-fi, draw your design on an iPad, and the 3D printer works it’s magic. Here are some of their pictures, showing off some of their creations: 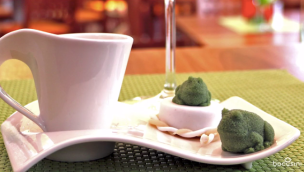 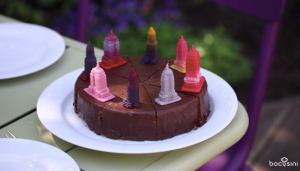 The best way to explain how it works is to watch it in action. They’re currently trying to fund money for the business through Kickstarter, and this is their video.

I also really enjoyed the talk by Vaiva from Dovetailed – they create 3D printed food out of liquids. I thought this was fascinating – Vaiva quite rightly said that, as humans, we’re terrible at building things out of liquids. Their 3D printer builds up liquid in layers and can change flavours/textures at any time. For instance, you could create a ‘strawberry and cream berry’, including both flavours in layers. They also have a video, which again, makes it easier to understand how it works. 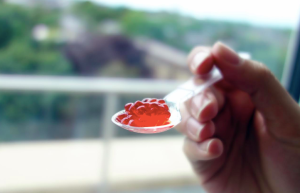 So, is 3D printing food going to take off?

The thing that really got me thinking, is whether the way we make and consume food will actually change in the future. Technology has dramatically changed so many factors in our lives – the way that we communicate with each other, the way that we travel, the way that we’re helped if we’re sick. But how much has food making and preparation changed, really? Sure, microwaves were ground breaking for their time, but think about how we bake bread, how we cook meat. It’s often the same (or at least similar) as hundreds of years ago! Isn’t this a sign that we don’t really need ground-breaking technology in the way we cook our food?

I could absolutely see this working in michelin star kitchens – it’s an excellent way of presenting food, and being able to create something that no one has seen before. I can also see it being used in homes for bakers, who want to create show-stopping cake decorations – I’d love to give this a go! What I thought was a really interesting concept, is that rather than sharing recipes online, food bloggers such as myself will be able to share STL files to try out each other’s 3D printed creations at home.

In the future, if there’s a way of having a reasonably priced 3D printer at home, where you can easily re-fill it with pre-bought cartridges, containing different types of food, and you quite simply press a button that says ‘make X/Y’, then yes, I could see why it would be useful. It could save a lot of time in the kitchen. But this also raises a question which was brought up in the conference – if a machine can eventually cook a whole meal, won’t chefs become obsolete?

The biggest issue for me is meat – I am a big meat lover and I wouldn’t want to give it up. At the moment, the only way to 3D print meat is to have it in a soft form, like pâté. While that would be a novelty for a while, it wouldn’t be able to make up for a nice juicy steak!