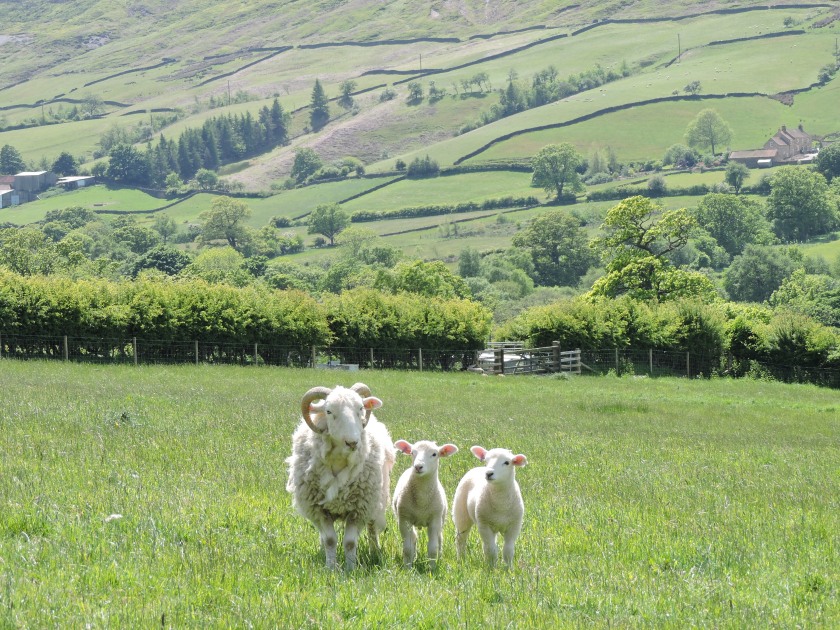 Last weekend, I went up to visit my mum in North Yorkshire. This is where I was born and grew up, until we moved to Cyprus when I was 12. My dad sadly passed away very unexpectedly in 2013 and while life in Cyprus was wonderful, it was a good time for my mum to return to the UK, which she did in February this year. And I’m so glad she’s back! We get on brilliantly (we speak every day on the phone!) and now I can just pop up on the train for the weekend.

Hubby was away in New York (alright for some, eh?) so I thought it was the perfect time to spend some quality time with my Ma! And it just so happened to coincide with something called ‘Open Farm Sunday’ which I saw being talked about on Twitter.

Open Farm Sunday does pretty much what it says on the tin – on one day of the year, across the UK, selected farms open up their doors (or gates, perhaps, in this case!) to the public, to educate them about the world of farming. Managed by LEAF (Linking Environment And Farming), it has been taking place every year since 2006 and this year, over 250,000 people visited one of the participating farms. 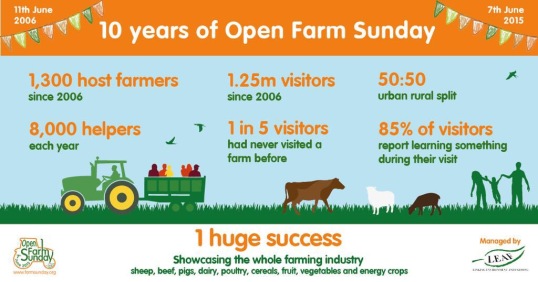 I grew up as a child in a farming village and my Dad worked in the meat industry, so I already had a good general awareness, but I thought it would be a nice day out for my Mum and I, and a great thing to write about on the blog. But I still ended up learning a lot!

I found out that High Farndale was taking part in Open Farm Day. I first became aware of the farm a few months ago via Twitter and tried out some of their delicious pork chops. You can read about this here (along with a pork chop, apple and cider recipe). So I thought it would be a great opportunity to meet the people that had kindly sent me these pork chops and to learn more about their business.

The farm is near Kirkbymoorside, on the edge of the Yorkshire Moors, about an hour from the village where my mum lives. To get to it, we went down some of the steepest hills and narrowest country lanes we’d ever driven down, but the view was absolutely breathtaking! We were greeted as a group by the farm’s owners, Peter Mawson and Nicola Frost (after embarrassingly arriving a little bit late. Sat Nav and the Yorkshire Moors don’t make a great combination!)

I was pleased to see that the Open Farm Sunday was attended by people of all ages, eager to learn (and for the children, I’m sure, to get close to the animals!) Luckily it was a corker of a day – sunshine, deep blue skies and not too hot with a nice breeze. It couldn’t have been more perfect. 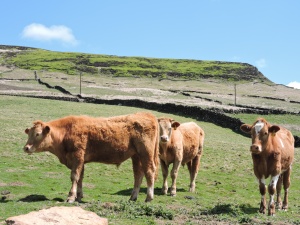 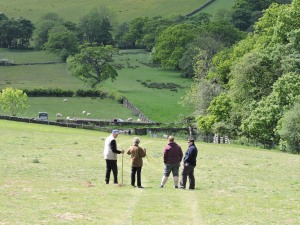 We were on the farm for a good 3 hours and Peter and Nicola talked us through so much, that I wondered how on earth I would structure this blog post, there’s simply so much to cover. So I thought I’d break it down into topics that were of particular interest to me.

OK, soil might not be the sexiest topic in the world, but it is the key ingredient to successful farming and the meat that we eat. The sheep at High Farndale are grass fed, which has a big impact on the quality and taste of the meat. I think this is something that a lot of people don’t realise – livestock like sheep and cows are built to be able to digest grass and this is what their bodies are used to. Feeding them grains is much easier (and usually cheaper) for the farmer – they don’t have to worry about the quality of their grass and having lots of land for the animals to graze on. But you don’t always know what goes into these grains and how that is being passed on to you when you eat the meat. Cut a long story short, grass fed is best, both for health and flavour! And as such, farms like High Farndale need to make sure the quality of the grass and soil is as high as possible, eradicating weeds like nettles and dock leaves, and pesky moles! 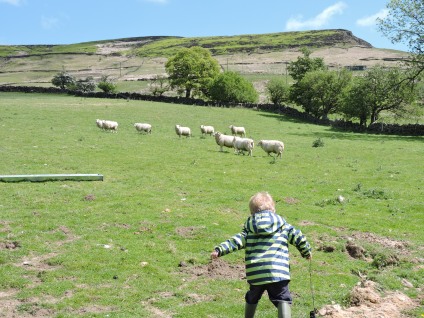 Keeping on top of weight!

At one time, farmers were paid per animal that they sent to the abattoir, regardless of size and weight. Understandably, that has now changed and each animal is given a rating when it goes to the slaughterhouse, which will determine how much the farmer is paid. It’s therefore important that farmers pay close attention to how their animals are doing in terms of weight, so they have a very nifty weighing device (which some of the children had a lot of fun with, getting locked into the cage to be weighed): 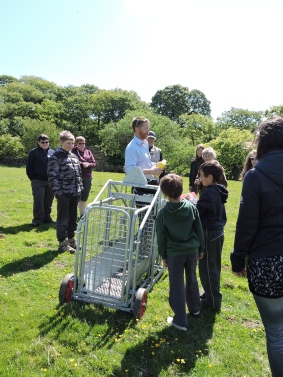 At one point, Peter asked us when the best season is for British lamb – most people replied with ‘spring’. In fact, it’s autumn. The food marketing industry has got it into our heads that spring is the best time for lamb, largely down to ‘New Zealand Spring Lamb’ that you’ll often see in the supermarkets. This has infuriated many people across the meat and food industry, with lots of celebrity chefs expressing their frustration at supermarkets stocking New Zealand lamb, rather than good British meat. 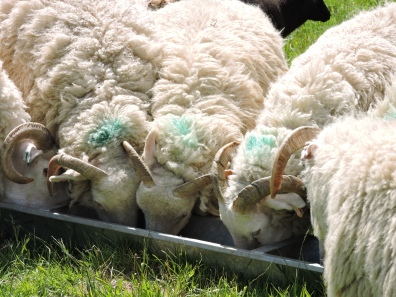 I asked why it is that you always seem to be able to buy New Zealand lamb in large supermarkets, for a relatively cheap price. Peter explained that New Zealand has the optimum model for sheep farming, with an ideal climate, and a wealth of experience. A lot of sheep farming machinery comes from New Zealand, as they’re the ‘experts’. However, that’s not to say that the meat is any better and I’ll always recommend that you buy British!

High Farndale breeds Whitefaced Woodland sheep and Shetland Sheep. Peter showed us the tools needed to deliver a lamb, all rather graphic! Here’s my mum, gloved up and ready to deliver a lamb (yeah, right 😉 !!) 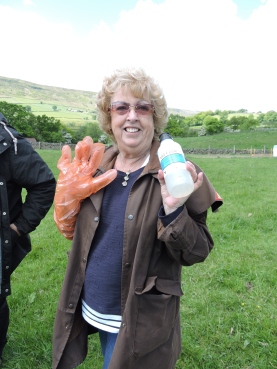 The farmer will sometimes call the vet if assistance is needed, but generally speaking, they will deliver the animals themselves on the farm. And it sounded like it could be a very tough thing to do – both emotionally and physically, with difficult life and death decisions to make.

As I mentioned in my previous blog post about High Farndale, they breed native rare breed British Saddleback pigs. The Saddleback pig is tough, sleeping outside in a nest it builds. Its pork is excellent, raised to ensure a layer of fat that will keep your meat moist during cooking. It honestly is gorgeous – what pork should actually should taste like. Not like the bland vacuum packed meat you often get from the supermarket. 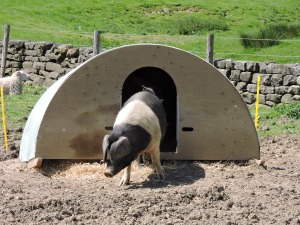 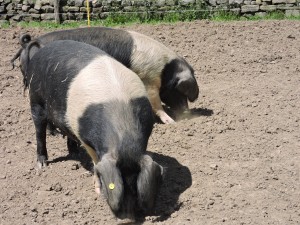 It was great to be able to see these animals in the flesh – we saw two sows who were both pregnant. It was interesting to learn that pigs are pregnant for precisely 3 months, 3 weeks and 3 days! Peter and Nicola got into the pen with them to feed them and they said that they’re great animals to keep – they respond to them when they call them and they try to interact with them as much as possible. Sows have a tendency to lie on their side, which ends up blocking one row of their teats to feed their piglets. By rubbing them on the belly, the pigs will roll onto their backs, giving all piglets access to the teats – it’s therefore important to build up the trust between the farmer and the sow during pregnancy to be able to do this.

We had a brilliant day at High Farndale and can’t thank Peter and Nicola enough. 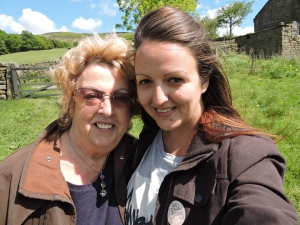 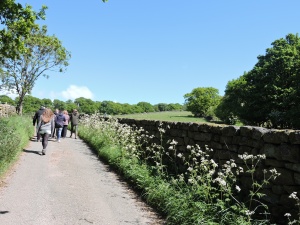 And as we were leaving, we were given one last, final treat. They have a couple of lambs which are being raised as ‘pets’ outside of the group of sheep. We were able to pet this one, just look at his little face! 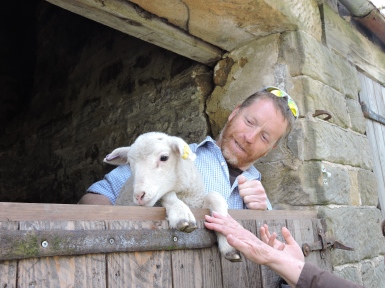 I can’t wait until we’ve finally bought our house with a big freezer, so I can stock up on some of their delicious meat. As a reminder, they sell pork and lamb via their website.

And if you didn’t get a chance to visit a farm as part of Open Farm Sunday, make sure to next year!