Last week I was invited to an Iraqi supperclub. Two firsts for me – eating Iraqi food and going to a supperclub. Over the past six months of doing this blog, I’ve become much more aware of supperclubs, and some of the lovely food bloggers I’ve met so far even run their own.

I was also intrigued to find out what Iraqi food would be like – I didn’t do much research into it prior to going, as I wanted it to be a surprise. I figured that there might be some crossover with the kind of food I grew up with in Cyprus, as the country is so close to Iraq. Cypriot food is really quite odd when I think about it, as it takes a lot of inspiration from Greece but whether it likes to admit it or not, a lot of it comes from Turkey and the Middle East.

The supperclub was being held at The Jam Tree in Clapham, but it was hosted by Philip Juma of Juma Kitchen. He recently worked at the Michelin-starred Maze restaurant and is now looking to make Iraqi cuisine a big deal in London. 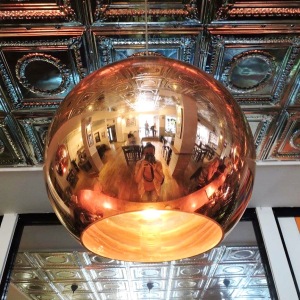 Funnily enough, I was seated with two of my favourite bloggers who also run their own supperclubs – Rosie from A Little Lusciousness and May from Eat Cook Explore – so I felt that I was in good company for this event.

It was lovely and the first time I’ve had fig in a cocktail, I believe. Only complaint was that it was a little small – it was so tasty I wanted more of it. I ended up ordering a carafe of red wine for the rest of my meal. Understandably there weren’t any Iraqi wines on offer, so I opted for a simple Spanish number!

I’ve had all of these before and really enjoy them. 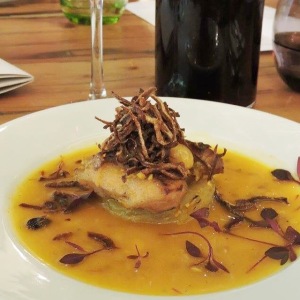 The chicken was cooked beautifully and the sauce was really unusual, but it was a little intense for my palate. Saffron is one of the most expensive spices in the world, so it’s quite ironic that it tasted so strongly. It also tasted incredibly sweet to me, and reminded me of battenberg cake. And not just of almonds, but actual battenberg cake, which when combined with chicken, was all a bit strange. But hey, this evening was all about trying new things, and I really enjoyed doing so. The caramelised onions gave nice savoury bursts of flavour amongst the sweetness, it really was an unusual dish! It has made me want to try out more recipes at home using saffron to see what different things you can do with it.

For the second course we had Kubba Hamuth; handmade lamb dumplings with Iraqi spices in a rich tomato sauce with turnips, onions and garlic, garnished with mint oil and turnip crisp. 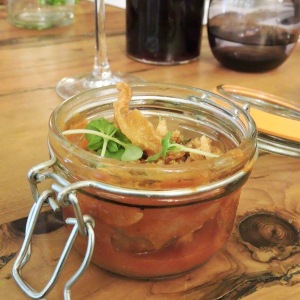 The dumplings were served in a little kilner jar with a spoon, as you can see from the photo above. I really enjoyed this course – it’s just a very comforting dish, a bit like an Italian meatball dish with Middle Eastern flavours. The mint flavour was quite strong but worked well with the course. 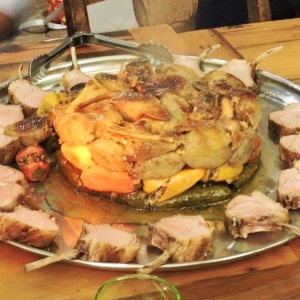 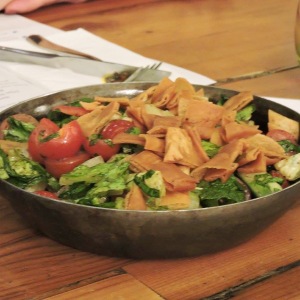 It was brought out on a big platter for our table and looked very impressive. Again, nothing really new here for me – the lamb mince in vine leaves was very much like the ‘dolmades’ we used to eat at home. They were always one of my favourite meze dishes in Cyprus, so I was happy to see these on the menu. The lamb chop was a tiny bit fatty but I personally love that, as it gives a lot of flavour to the meat, and the fattoush salad was just right! 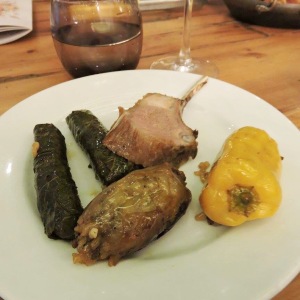 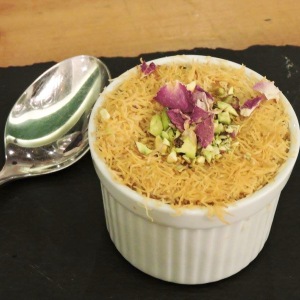 This was instantly recognisable to me, as it looked a lot like a Greek dessert called ‘kataifi’ – a hairy-looking pastry! Here’s a picture of it (taken from MyGreekDish.com):

I personally used to find it a little bit dry, although a good dollop of greek yoghurt would often help. The Knafa served at the supperclub was the perfect way of serving this kind of pastry and ingredients. Served in a ramekin, the textures of the soft cheese and the crunchy pastry top worked brilliantly.

So what is my overall take on Iraqi cuisine? In the end, it wasn’t anything completely new for me – if anything, a lot of it was quite familiar and reminded me of home, which was nice. Philip came around to all of the tables after dinner and spoke to everyone, which was a nice touch. I learned that he is of English-Irish-Iraqi heritage and has been cooking these dishes with his family for years.

It therefore felt like some of the presentation was a bit unnecessary at times – kilner jars and slate plates are all very nice, but the food should be able to do the talking by itself, which it was perfectly capable of doing. These dishes are warming, comforting dishes, that call for more basic/rustic serving rather than anything fancy, in my opinion.

Related to this, it was a much bigger group of people than I was expecting – there were over 50 people, so rather than feeling like a supperclub, it felt more like a standard restaurant. I feel like food like this is best served in a smaller, more cosy and rustic environment. However, as Philip is trying to bring Iraqi food ‘to the mainstream’, it makes sense to get as many people in as possible to try it and to help spread the word. I’m interested to see how Juma Kitchen progresses going forward and I really hope that Philip does well. I can’t wait to see what other dishes he comes up with in future. There’s certainly space for a trendy new type of cuisine in London, and why shouldn’t that be Iraqi?

If you’d like to attend a Juma Kitchen supperclub and try it out for yourself, the next one is taking place on Wednesday 8th July (also at The Jam Tree in Clapham), with more information here.

I must also thank PocketHighStreet for inviting me to this event – it’s a new service which helps you to find the things you want to buy from local London businesses. They’ve got lots of great things in the pipeline, so keep an eye on them.

I was invited to the supperclub by PocketHighStreet and Juma Kitchen, but did not receive any payment. All views are my own.