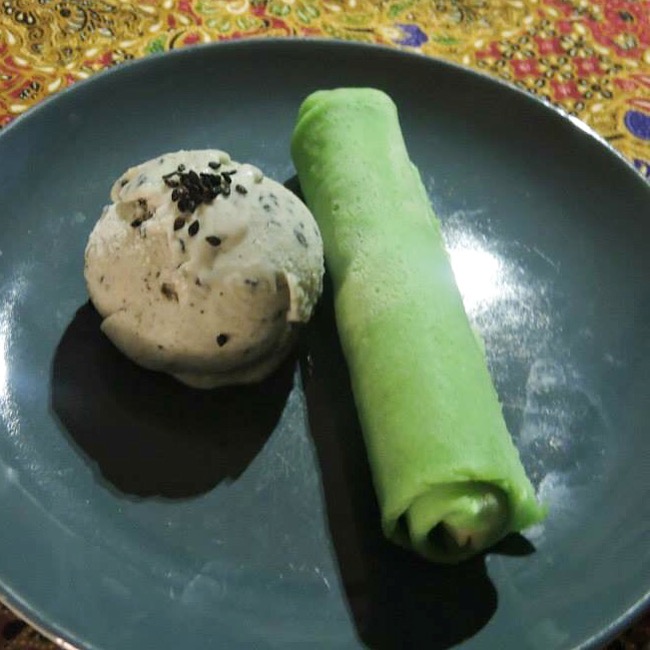 I’ve been to a few supper clubs since I started up this blog, but they had all been hosted in a restaurant or event space. Last week, I finally got to try out the ‘real’ supper club experience at the home of Vi Vian, a fellow food blogger who runs Malaysian supper clubs from her home. We first met at a Square Meal blogger event a couple of months ago, and when I heard about her supperclub and the gorgeous food she serves, I knew I’d have to go!

Vi Vian is an ex-restauranteur (she was the owner of the only Malaysian restaurant in Spain for five years!), was born and brought up in Kuala Lumpur, and studied and now lives in London. I took along my friend Ceri (if you’re a regular reader, I’m sure you’ll know of her by now!) as she went to Malaysia as part of her gap year travels and just adored the food.

I often wondered how it was possible to host a large group of people for dinner in your house, especially in London, where even if you’re a millionnaire, you probably still don’t have a huge amount of space. Vi Vian is lucky to have a large open space in her apartment, so we could all sit around a big square table in the middle, close to the kitchen area so we could see what culinary delights were being prepared for us. I think there were around 10 of us in total, one of which was a friend of mine who I had no idea was going – it’s such a small world! 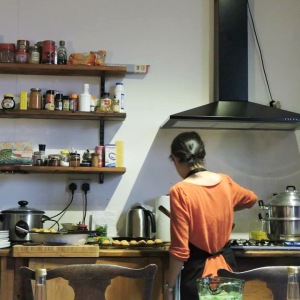 We were given a new drink to try called Equinox Komucha. It’s described as a ‘living tea’. I personally liked the taste but felt it was a bit too fizzy. With so many fantastic flavours and levels of spice in the food, it would have worked better as a still drink.

But then came the food. A lot of food. And I can confirm it was very good indeed! The menu for the evening was as follows: 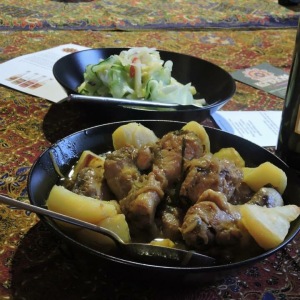 Every single course was excellent and had clearly taken a lot of time, effort and skill. I was a big fan of the dessert, as it was just so unusual and the flavours were amazing. And quite light and refreshing to finish the meal. 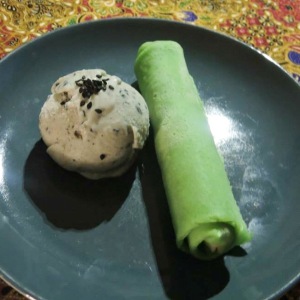 A big thanks to Vi Vian and her lovely family for a great evening!

If this has got your tastebuds going and you would like to visit one of her supper clubs, you can find out more on her website here. The next one is on Friday 7th August, provided it hasn’t been booked up already. It’s incredibly popular, so make sure to get in touch asap!