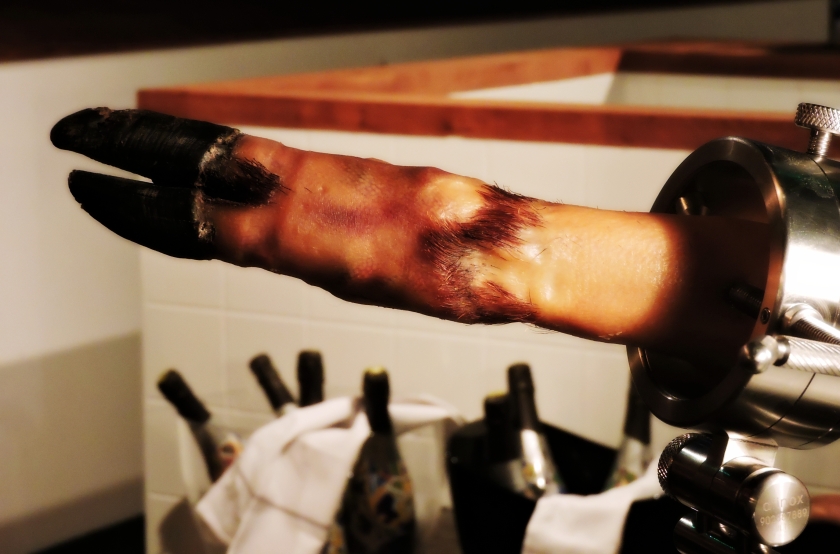 There’s a lot of butchery related posts on the blog at the moment, which makes me very happy! So far I’ve written mostly about beef, but recently I had my first experience of learning about and carving jamón (Spanish ham). I was kindly invited to a Zomato meet-up at Camino Southbank, so I assumed it would be an evening of tapas and sangria. But actually it was more of an educational evening about jamón, which was ideal, as I love to expand my knowledge of meats and how to prepare/serve them. And there was a lot of jamón tasting, of course!

As I’ve mentioned previously, I adore Spanish ham and in my previous job I couldn’t wait for business trips to Madrid or Barcelona to get my mitts on some. I even took some all the way back to Cyprus once for Christmas (probably breaking some export laws there!) But while I loved the taste of it, I was certainly no expert. 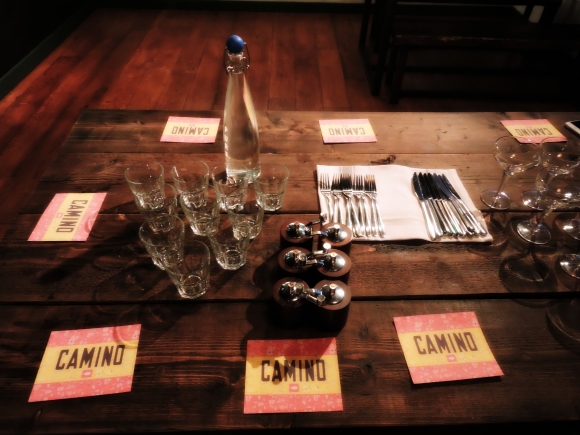 Chef Nacho del Campo introduced us to the Jamón Iberico Cebo ‘on display’ which we would be carving later, which was from a black Iberian pig from the South-West of Spain, in Salamanca. The hams from the slaughtered pigs are salted and left to begin drying for two weeks, after which they are rinsed and left to dry for another four to six weeks. The curing process then takes at least twelve months. Each leg is marked with a stamp giving details of the month and year it was slaughtered. This one was from 2012, so it had been curing for 3 years – clearly a top of the range jamón! 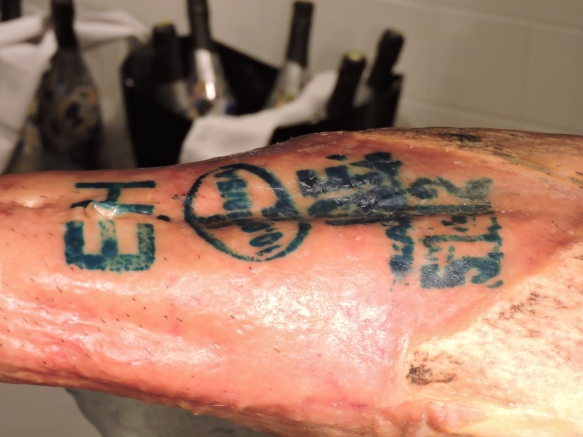 There are obviously various breeds of pig in Spain to produce jamón, varying in price and taste. Taste will be influenced by how much the animal moves around and develops its leg muscles, the weather/climate it lives in, and what it’s fed. The top quality pigs will live on rich, sweet acorns and the best ham will be cured for the longest period of time.

Nacho made a cut on the front of the leg, further up from the trotter, where the optimum ham is found. It’s important to remove the yellow fat, both on the surface of the leg and as you get a little deeper, as it has a very bitter taste and isn’t nice to eat. There are three main areas of the leg to carve jamón, and each of those has a different taste/texture, much like the meat from the front end of a cow will taste very different to cuts from the back end.

We each had a go at carving the jamón – the guys made it look very easy but it was quite tricky to get it perfect. You’re looking for very long, thin slices, but the temptation is to put force behind the knife, like carving a beef joint, creating thicker strips of ham. It’s actually a very delicate slicing movement to get the perfect jamón, and judging by all of our results, clearly takes some practice! 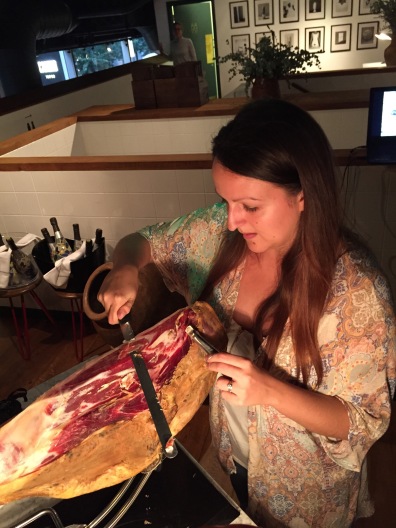 I was interested to learn that the optimum temperature to serve jamón is around 24 degrees Celsius, which seemed quite warm to me, but it is a Spanish meat after all! Jamón is kept out of the fridge in Spain at room temperature, which seems quite alien to us as Brits who are so health and safety conscious, keeping things refrigerated at all times.

Prices for a full leg like this can vary from around £80 to £200 depending on the type, so I was keen to see how the meat would differ in taste. And I could see why the ‘Rolls Royce’ got its name – it had a deep, ‘aged’ flavour and was just gorgeous! 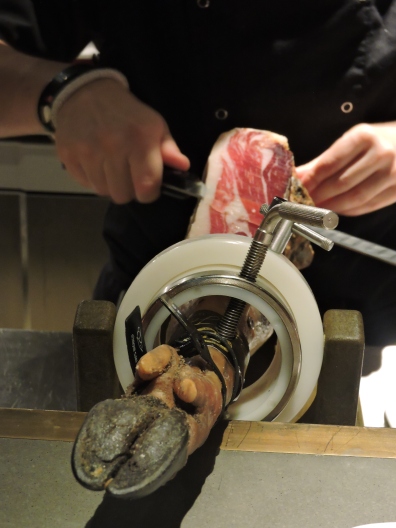 As well as the copious amounts of delicious jamón, we were also treated to lots of cheeses, peppers, tortilla and lots more, everything you would expect from a Spanish tapas restaurant. 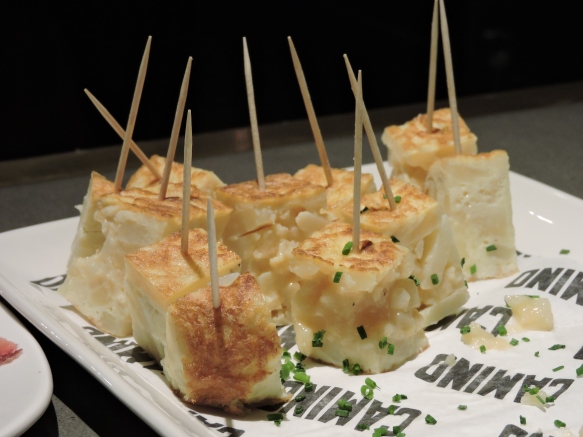 If you’d like to have a go at carving jamón for yourself and learning even more about this fantastic meat, you can book onto a masterclass at Camino for £30.00 per person. There’s more info on their website here. Thank you to Camino, Zomato, and all of the other lovely bloggers who made it such a great evening!

I was invited to Camino Southbank by Zomato, Sauce Communications and Camino, but did not receive any payment. All views are my own.