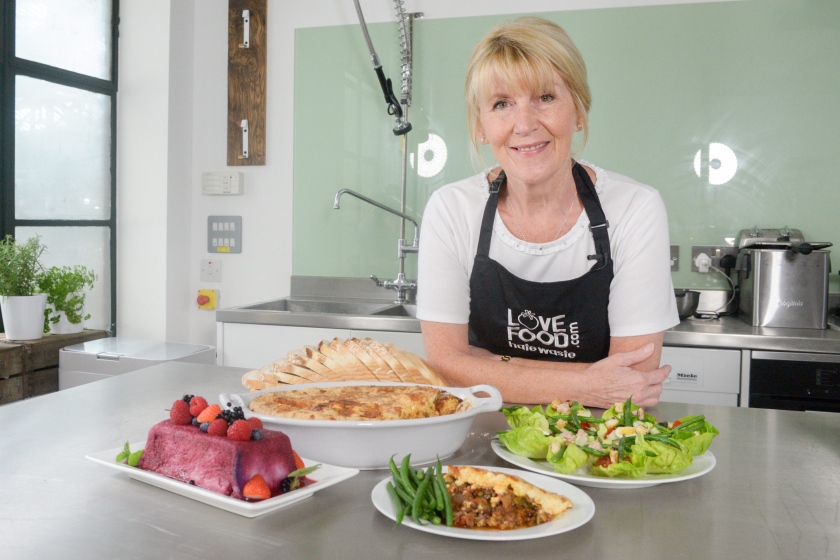 How much of every loaf of bread that you buy, do you actually end up eating? I tend to buy a loaf in our online shop to arrive on a Saturday morning, which we use for toast that day and Sunday, but I’m ashamed to admit that’s often all we use it for. I rarely have time to make breakfast in the house before leaving for work (well, that’s actually a lie, I could just get up earlier, but when it’s a toss up between extra sleep and brekkie, sleep usually wins!) so there’s rarely a need for the bread during the week.

According to Love Food Hate Waste, I’m not the only one who does this. A staggering 24 million slices of bread are thrown away in the UK every day and 18% of people have admitted to binning a forgotten loaf of bread before even opening it!

I was invited to an event hosted by Love Food Hate Waste, where Nancy Birtwhistle (winner of last year’s Great British Bake Off) would be giving some hints and tips on how to avoid wasting bread. Upon arrival at the event location in Borough Market, myself and some fellow bloggers were seated around a table and Nancy (who was just as lovely as she came across on GBBO, if not even more!) served us three courses of food using bread where you might not otherwise think to use it. 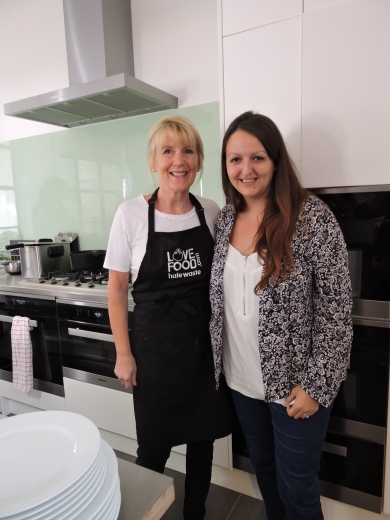 First up was a Nicoise Salad using black olive croutons. 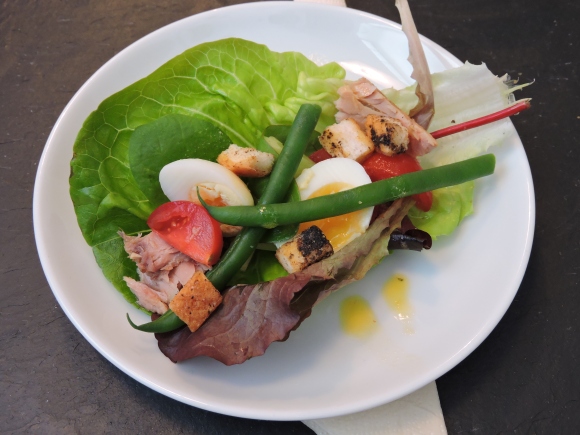 It tasted great and the croutons were a nice addition to get both bread and a hint of olive in there (perfect for those who don’t usually like olives).

Next up was a Moussaka. I was particularly looking forward to this, as due to my upbringing in Cyprus, I like to think that I’m a good judge of this dish and have tried quite a few over the years. I actually recently included my own recipe on the blog.

Nancy’s recipe used meat and lentils, which helped to bulk it up without the need for so much meat (making it cheaper in the process) with a bread topping rather than a bechamel sauce. I think this is a fantastic idea! I love making moussaka but it’s incredibly time consuming and involves a lot of stages. By the time it gets to the bechamel sauce stage, I admit that I’m often tempted to use a ready made white sauce. So I’ll definitely be trying this in future, especially with the lentils, as it tasted delicious!

And lastly we ended on a fairly traditional Summer Pudding. 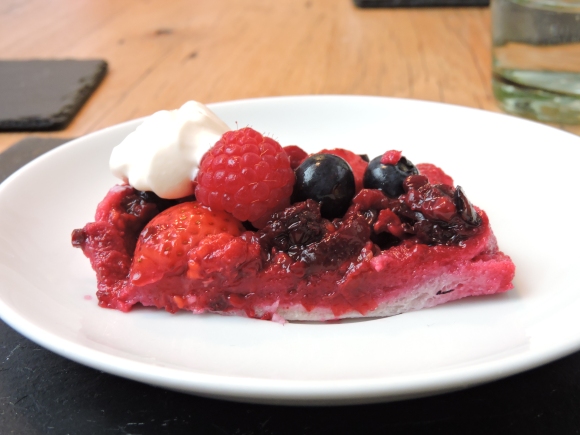 I’m normally more of a chocolate dessert girl, but this was really good, it was both sharp and sweet.

At this point came the ‘big reveal’ when Nancy told us that in fact, all of the dishes had been used with stale bread. I think the team were expecting us to be more shocked by this than we were, but I think really we were just more intrigued at what you can in fact do with stale bread, and why we’re not already doing it!

I’ve always been aware that Bread & Butter Pudding should be made with stale bread, so it wasn’t anything particularly unusual for me. I did once have a horrible experience at University where I was served Bread & Butter Pudding from the canteen which was quite literally mouldy, taking it a step beyond stale! As a student I also used to buy very cheap white bread which would go mouldy very quickly, and I have many a horrible memory associated with this. Both of these events, I believe, has led to why I haven’t tended to keep bread for very long, in fear of the attack of the mould!

However, the event definitely showed me that I shouldn’t fear stale bread and that it certainly has its uses. It also made me feel rather guilty about the effect on the environment, which I think most people don’t associate with chucking something in the bin.

There’s a video about the campaign here (you might just spot me in it!) and Love Food Hate Waste are also running a recipe competition where you can submit your favourite recipe for leftover or stale bread on their website. Three winners will win a sandwich toaster and have their recipes featured in Love Food Hate Waste’s Guide to Bread.

So come on, share your bread wasting shaming stories with me! What’s the worst thing that you’ve done? Or do you have some useful hints and tips?

I was invited to this event by SKV Communications and Love Food Hate Waste/WRAP, but did not receive any payment. All views are my own.