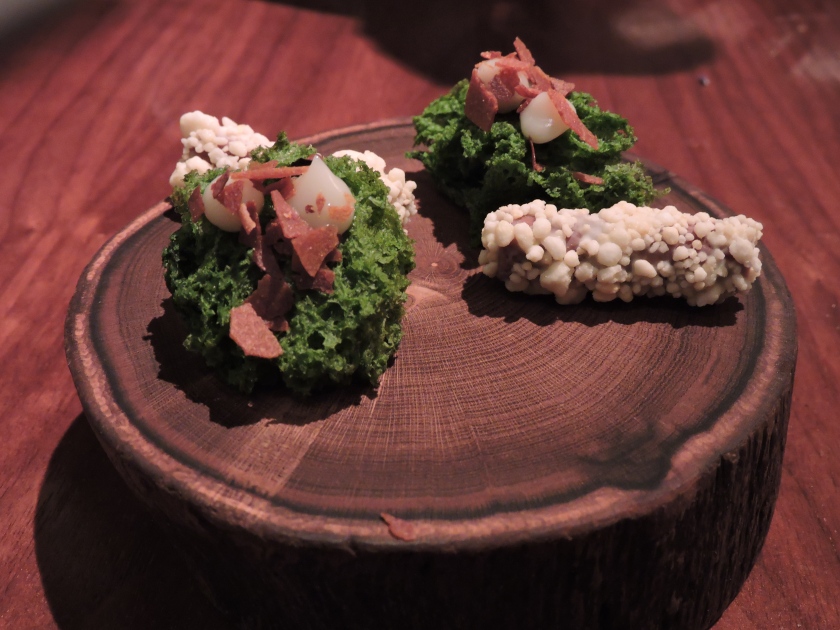 As I’m sure you know, Tim and I love to go to nice restaurants together, but the past few months have mostly been taken up with house admin and my new job. Luckily we had a special occasion in October which was the perfect excuse for a gourmet night out – my birthday! Tim had booked a table at a restaurant as a surprise, and I was over the moon to discover on the morning of the big day that we were going to Fera at Claridge’s – we’d both been wanting to go for some time.

It was a Wednesday night and we headed into Mayfair after work, a short walk from my office on Oxford Street. 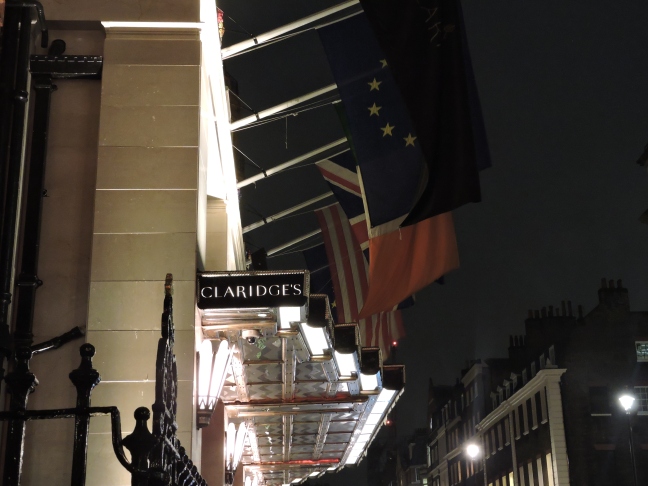 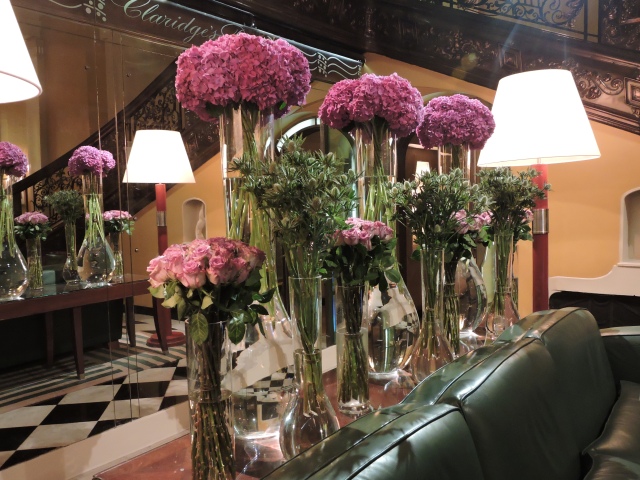 Claridge’s really is such a glorious hotel, with opulent decor and impeccable service as you would expect. We started with cocktails in the Fumoir – a dimly lit and cosy bar, we pondered over how many cigarettes had been lit in there over the years, and who it had been host to?

We then moved over to Fera – the entrance is a spectacle in itself, with its red curtains and dark flooring, you feel like you might be stepping through to another world. Like a food lover’s Narnia! 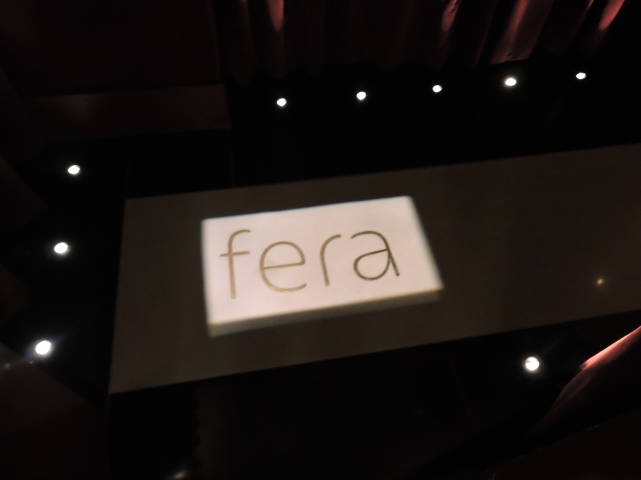 We’ve always found the best way to get a glimpse of everything a restaurant like this has to offer is through the Tasting Menu, so we ordered this, along with matching wines. I really debated whether to take photos of the many courses in the restaurant, and whether it was appropriate. But I decided it would be a shame not to share our experience on here, so I took a quick snap of each dish – as such, they might not be super high quality or focused, but hopefully enough to do the food justice!

I’ll just start by saying that it was undoubtedly the biggest Tasting Menu we’ve ever tried, in terms of number of dishes. I’ll go through them one by one: 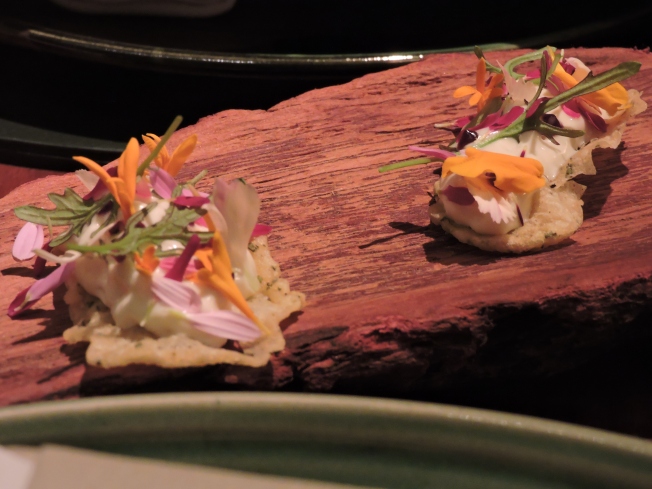 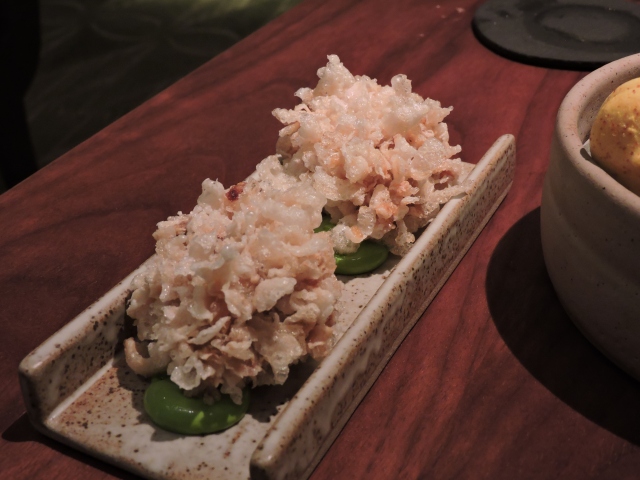 Cod in pine oil, scallop, hen of the woods, parsnip and chestnut 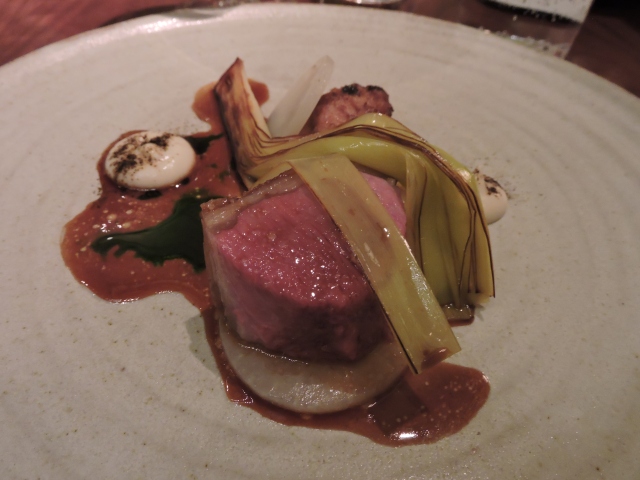 I was also given an additional chocolate dish to celebrate my birthday! 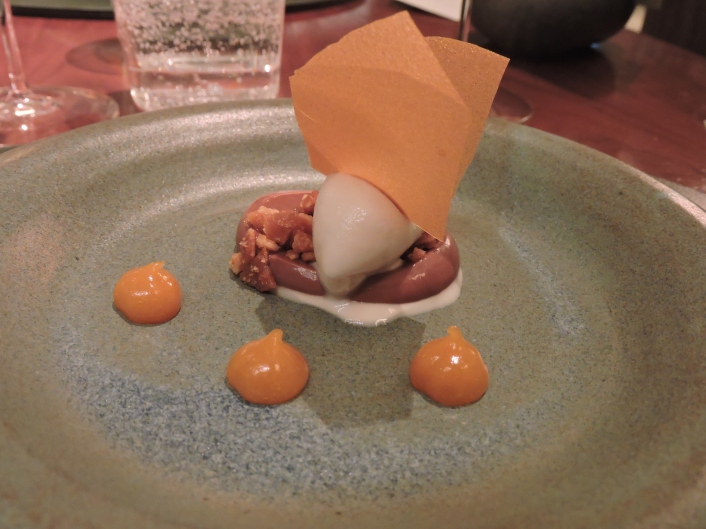 Just when our tummies were about to explode with all of this deliciousness, we were given some final petit fours style dishes to end the meal.

The Michelin-starred restaurant takes on a creative and natural perspective of modern British cuisine. It’s name (the Latin word for ‘wild’) reflects the connection to nature that’s at the heart of everything they do, through the courses’ textures and tastes, which was apparent throughout all of the courses. Every single one felt fresh, natural and full of exciting flavour combinations.

The wine that was paired with each course was beautiful and as you can imagine, complemented the food perfectly. Our waiter was incredibly knowledgeable and each wine had it’s own story. The service overall was superb, and as well as the additional dessert course, I was also given a handwritten note from Simon Rogan and the team, which was a lovely touch! 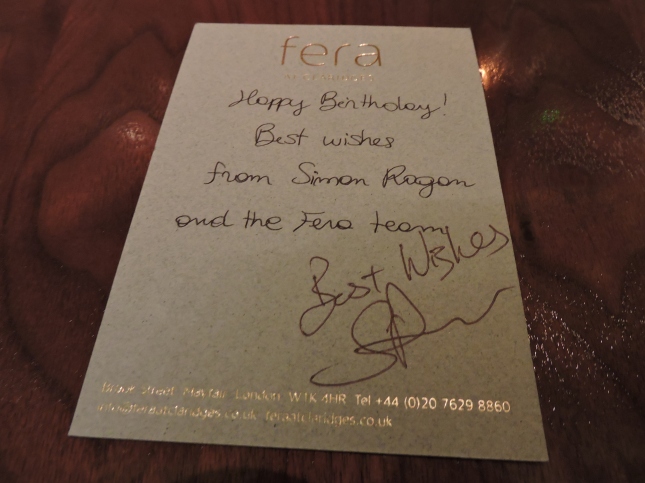 It was such a wonderful evening and I’d highly recommend Fera at Claridge’s. It’s one of the most impressive tasting menus I’ve had the pleasure of trying. If you’d like to find out more about this incredible restaurant, you can visit their website here.