You remember that online dating video that went viral, where a woman declared her love for cats? And then the mashup video, turning it into a song, which also proceeded to go viral? If you don’t, where have you been? Here it is in all its glory:

I’m pretty sure it’s all staged, but it still makes me giggle all the same. “I just want to hug all of them, but I can’t hug every cat” resonates with me. I love them! You may have read on here that after nearly 7 years of living together, Tim and I finally got our first kitten this summer, as we bought a house that we felt would be suitable for a cat to live in (our previous tiny East London flat wouldn’t really have been fair) and we just adore him.

I was there therefore very excited to be invited to a Halloween Afternoon Tea at Lady Dinah’s Cat Emporium in Shoreditch. For those who don’t know about it, it’s London’s first ‘cat cafe’ and opened up a few years ago. I’d been meaning to visit ever since but just never got round to it, and it was often very booked up and difficult to get into due to its huge popularity. People bloody love cats!

I must admit, I did think that you would be able to interact with the cats a lot more, but the guidelines on arrival specified that you couldn’t wake up the cats if they were sleeping and you couldn’t pick them up. Which in hindsight makes perfect sense – these are cats which have been rescued by Lady Dinah’s and need a stable environment, not to be mauled around by every crazy cat lady (and lord, let’s not discriminate!) that walks in the door. 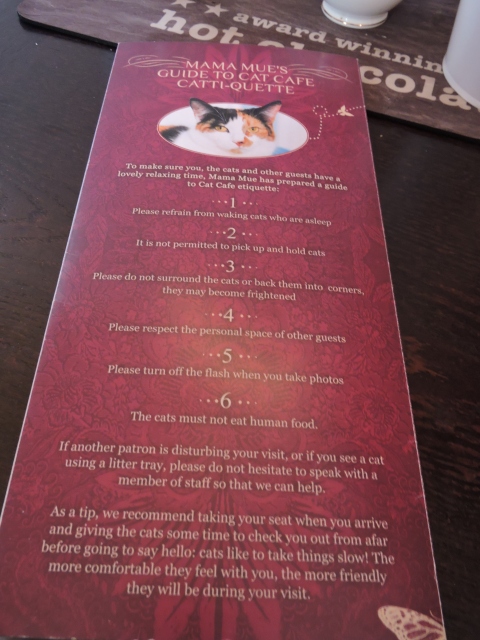 I was a bit disappointed to find that the majority of the cafe is underground, which is where I was seated, and sadly meant no natural light for photos, so I apologise if the pics are a bit yellow!

The Afternoon Tea began with some elderflower fizz and hummus with pitta bread to get started. I also chose the lavender tea, which was beautiful and relaxing! 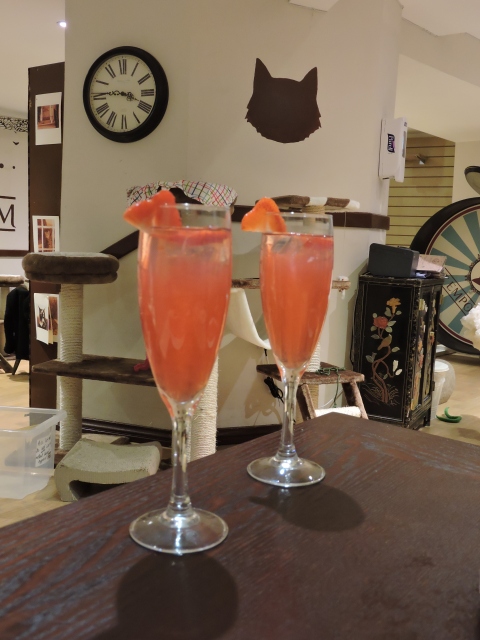 Then the tower of yummy sandwiches, scones and cakes was brought out, and it was pretty massive, as you can see! There was a nice combination of traditional sandwiches with savoury pastries, and the icing on the cake (no pun intended!) had to be the cat biscuit! It’s also worth noting that they can provide veggie and gluten-free alternatives of the Afternoon Tea, as long as you give them notice when booking.

I’ve been fortunate enough to try out quite a few Afternoon Teas now, many of which you might have read about on here. The Afternoon Tea at Lady Dinah’s was fairly basic, but I didn’t mind. I don’t think you should go there expecting gourmet food, you should go there expecting to have a pleasant afternoon amongst cats, comforting food and good company.

The staff were very friendly and informative, especially with the kids (of which there were many, being half term!), showing them what each of the cats likes/dislikes and sharing their stories.

There wasn’t a huge number of cats in the cafe, which did surprise me – I thought that (within reason), wherever you looked, there would be a cat, but as most of them were sleeping, you had to seek them out. But again, I think it’s important to think about the aim of this cafe and the safety and happiness of the cats. 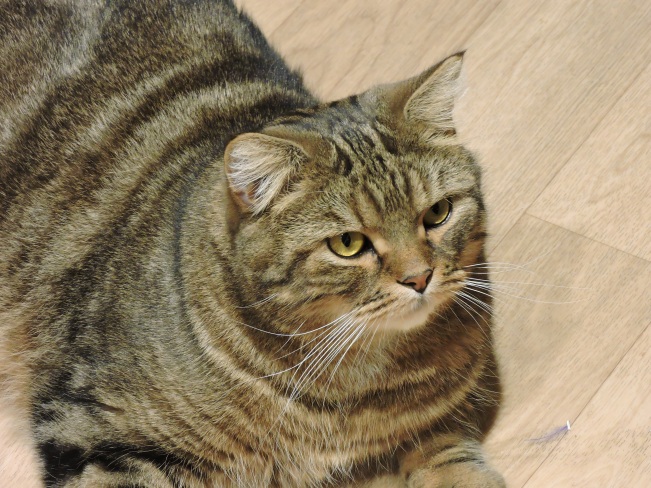 Last week it was announced that there is now a ‘cat pub’ in the UK, which got widespread media coverage. Which annoyed me, because I don’t feel like that’s right. I don’t see how a pub, where people are drinking alcohol with the potential for anything to happen, is the right environment for our feline friends (don’t get me started – an owl sanctuary once threatened to sue me when I was nine years old for standing up for the birds’ rights, but that’s another story for another time!)

So I think Lady Dinah’s are doing things the right way. They also offer things like ‘Pet First Aid Classes’ and ‘Cat Yoga’ – it’s so much more than just a cafe.

I was invited to review the Halloween Afternoon Tea by Lady Dinah’s Cat Emporium, but did not receive any payment. All views are my own.