You might have read that I’ve been experimenting with a few kitchen gadgets and cookware recently. The latest of these was the very nifty ‘Cook4me’. Tefal kindly hosted an event at a fab apartment near Old Street, where some lovely bloggers and I had the chance to try it out, by cooking (and eating!) a three course meal using it.

The Cook4me is a bit like the pressure cookers of times gone by, but much easier to use, as you don’t have to control the pressure/steam. It has 5 cooking settings in total, allowing you to pressure-cook, steam, brown, simmer, or reheat your meals.

We were split into two groups to try a variety of dishes. Sophie, Binny and I started by making Asian Pork Meatballs. We constructed them in the usual way of making meatballs, (along with shiitake mushrooms which was a nice touch) and just popped them straight into the Cook4me. I’m used to adding breadcrumbs (or in desperate times, just some crushed up weetabix!) to hold the meatballs together, but this was obviously a different way of cooking and the meatballs would essentially be steamed. The process was so easy, we simply lined the basket with baking paper, placed the meatballs in and closed the lid.

We then selected the recipe from the digital screen on the front of the Cook4me, followed the instructions and just a few minutes later, they were cooked and ready to eat! The Cook4Me beeped to say it was ready (it honestly felt like a little cooking buddy talking to us!) and released the steam itself. The design of this appliance is also very clever – when you open the lid, the condensation trickles down to a little pot cutely called the ‘dew collector’ at the back, avoiding getting any water on your work surface.

The other team made a soup using the Cook4me, which took around the same time to prepare and cook. We sat down at the table to test our creations and they were very good! I liked the flavour of the meatballs although I must say, I like to have a bit of browning on the outside of meatballs, which obviously isn’t quite as easy to do with an appliance like this. No biggie, it still tasted great, it was purely an aesthetic thing. 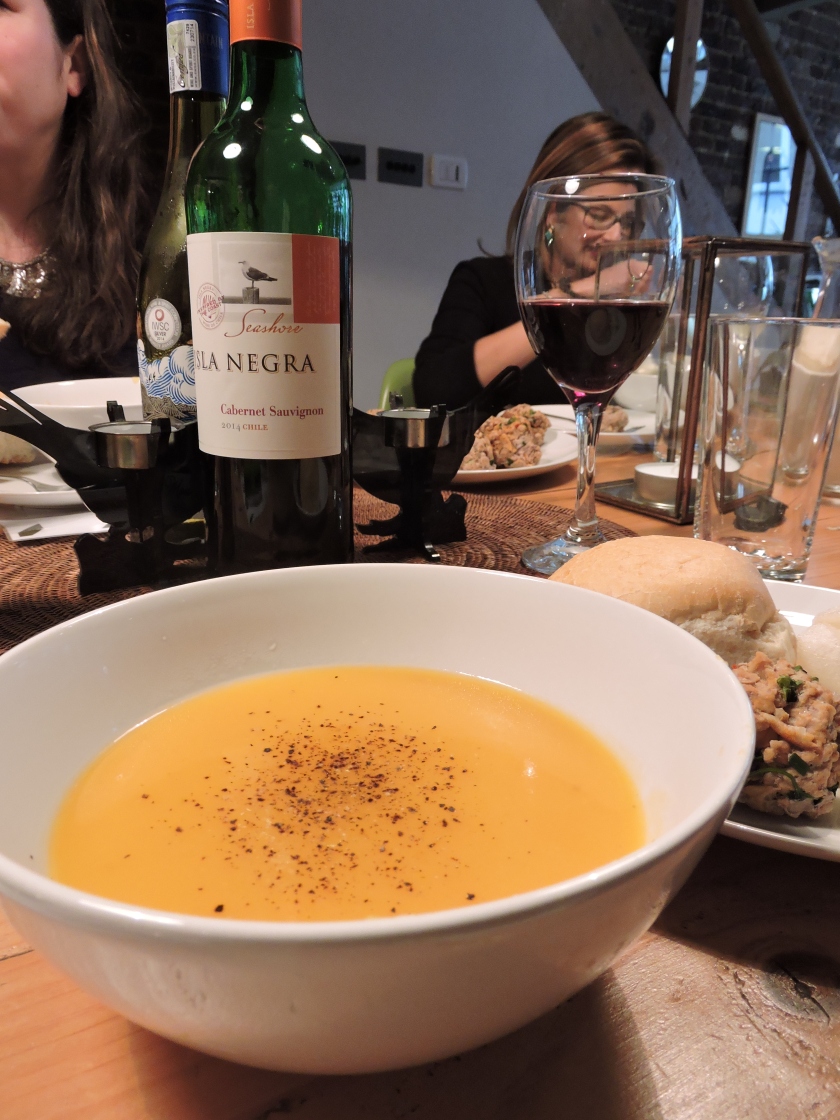 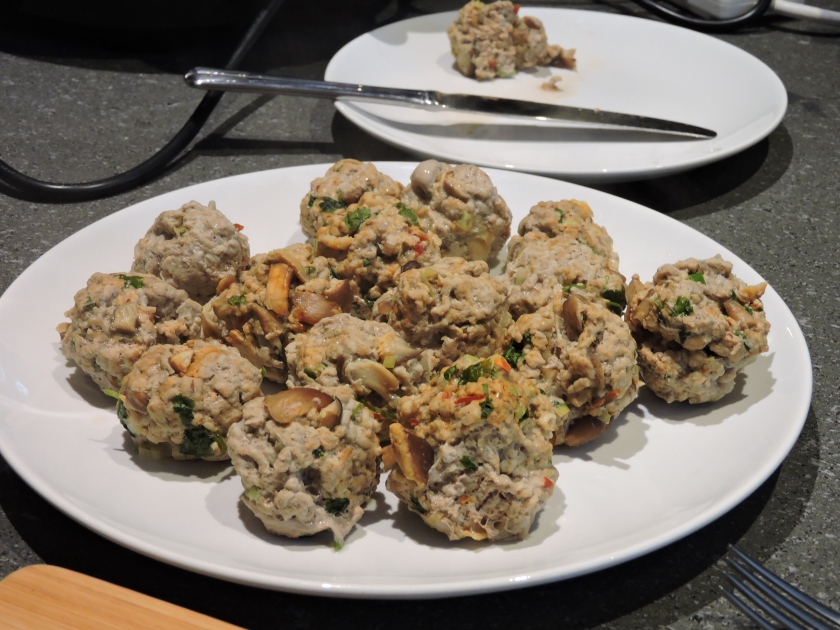 We then started on our main course, which was basically a Coq au Vin. This was super easy to do – we just threw in the necessary ingredients (chicken, vegetables, stock, wine) and let the Cook4me do the job. In around 5 minutes, it was good to go! I really enjoyed this course – the chicken was moist and full of flavour, particularly impressive considering how short a time it was cooking for, the flavours really came through. The other team made a vegetarian sausage casserole – my first time trying a veggie sausage and I was actually surprised at how tasty it was!

Now I get to end on the best part of the day for me, the piece de resistance – the puddings! We prepared them and popped them into the Cook4me before sitting down to eat the main course, so they would be ready by the time we finished. For pudding, we did a take on a bread and butter pudding, using mini croissants. 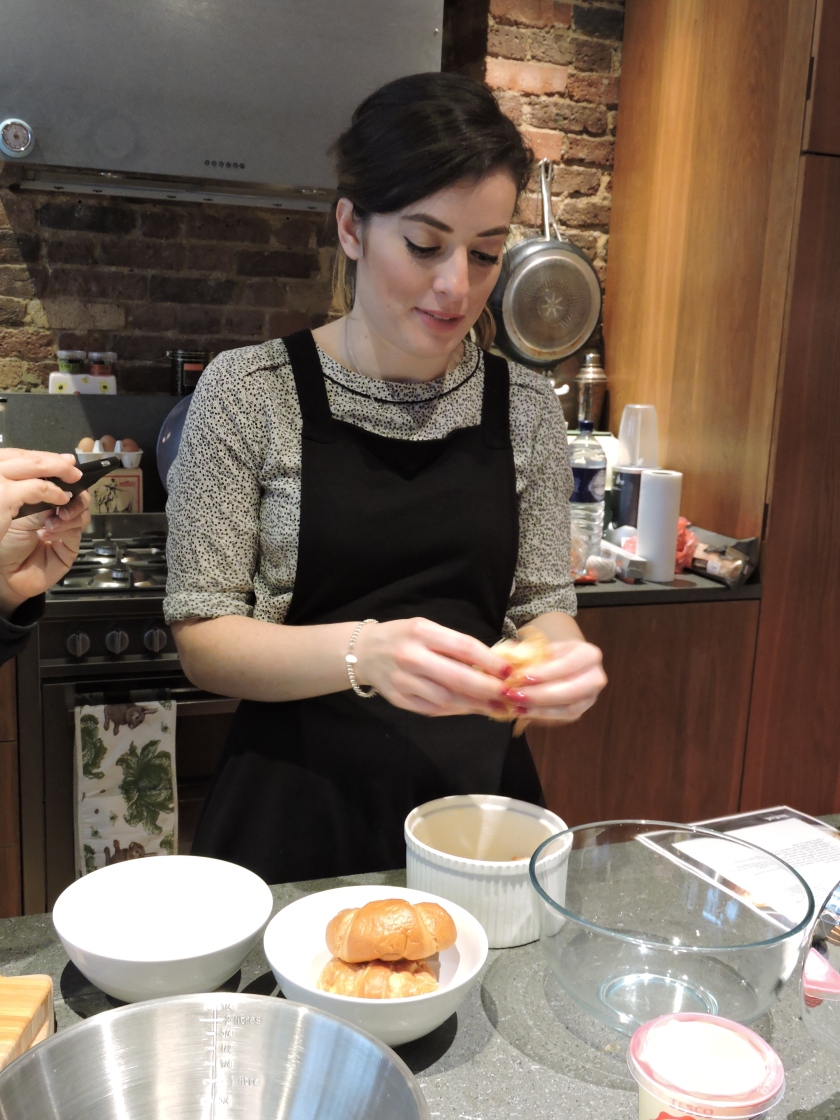 What came out of the Cook4me was a rich, chocolatey, gooey delight – I’ve been craving it ever since!

I really can’t stress how easy it was to use the Cook4me and I could see it saving people a lot of time in the kitchen. The appliance is programmed with over 85 recipes for you to follow step-by-step, with meals for up to six people, otherwise you can experiment at your own free will. At around £250 it’s not the cheapest appliance, but if you’re a busy person who loves good food but is short on time, it could be the ideal kitchen device for you. I also like that it’s not just limited to savoury dishes, but you can make some epic puds in it too!

You can find out more on Tefal’s website here.

I was invited to the event by Lexis PR and Tefal, but did not receive any payment. All views are my own.