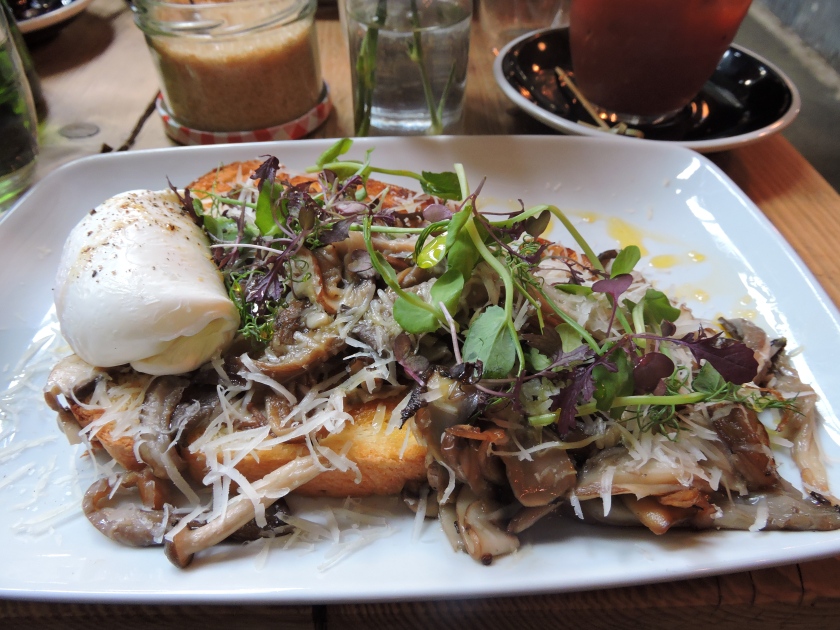 I’m sure you all know by now that I bloody love a good brunch, and if that includes a bloody good Bloody Mary, even better! We’ve been trying out some of the cafes and restaurants near where we live, the latest of which was Brickwood in Tooting Market.

We’d visited it a few weeks before when we were looking for a quick coffee (and a cheeky slice of cake, ssshhhh!) which was when we realised they do a pretty amazing brunch, and knew we’d have to return soon! 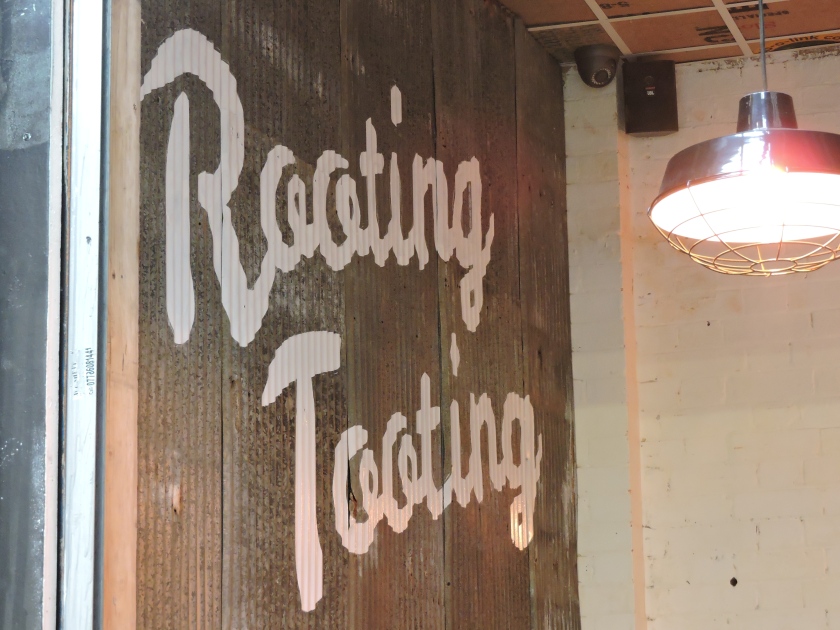 It was pretty packed on the Sunday morning we visited, but the staff were still really attentive and we were served quickly. We ordered a couple of flat whites to kick start the day, along with a Bloody Mary each. 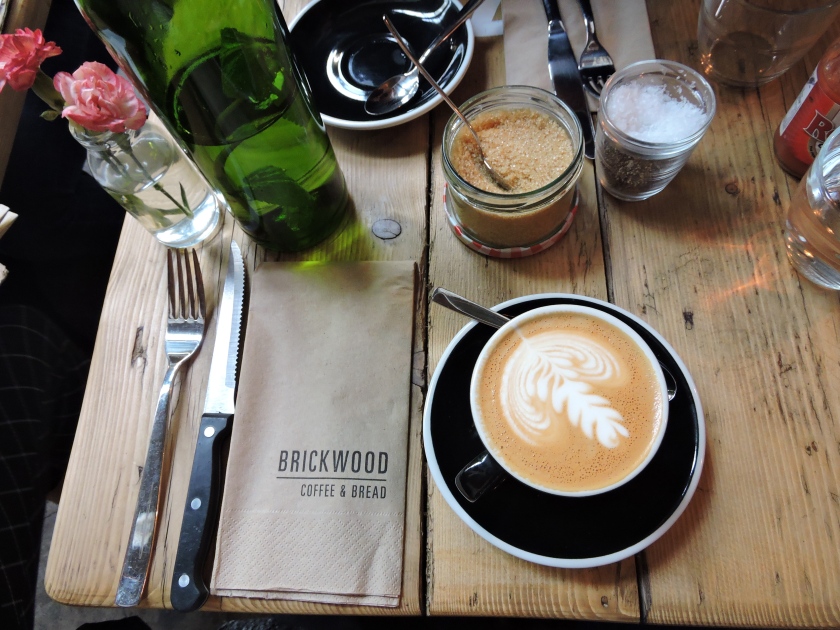 We were both seriously impressed with the latter – it was one of the best I’ve had, largely due to the cute extras it came with – bacon, a quail egg and what I took to be a mini hash brown. It was only around £4.00 and although it wasn’t very big, it hit the spot. And with the little extras, this would almost have been enough for brunch. But there was more goodness to come! 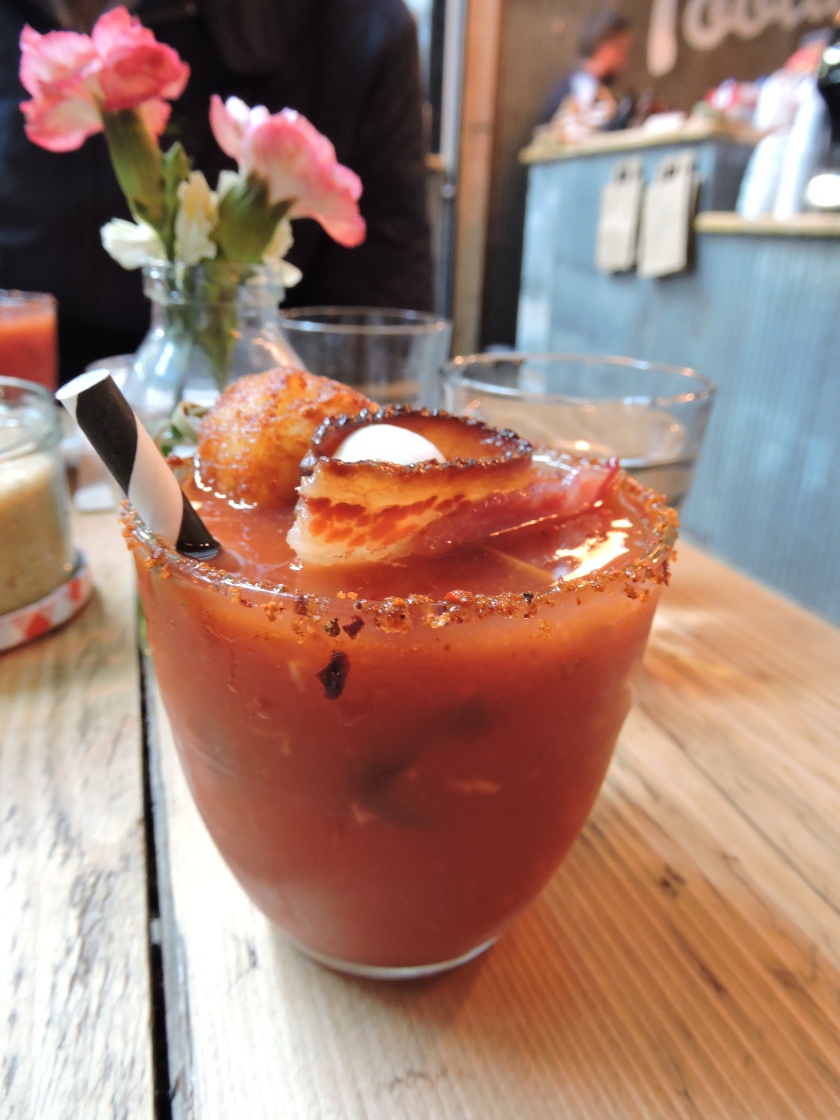 I ordered the Wild Mushrooms and Poached Egg with Truffle Oil and Parmesan on Toasted Brioche and Tim went for the Huevos Rancheros (another of our faves!) 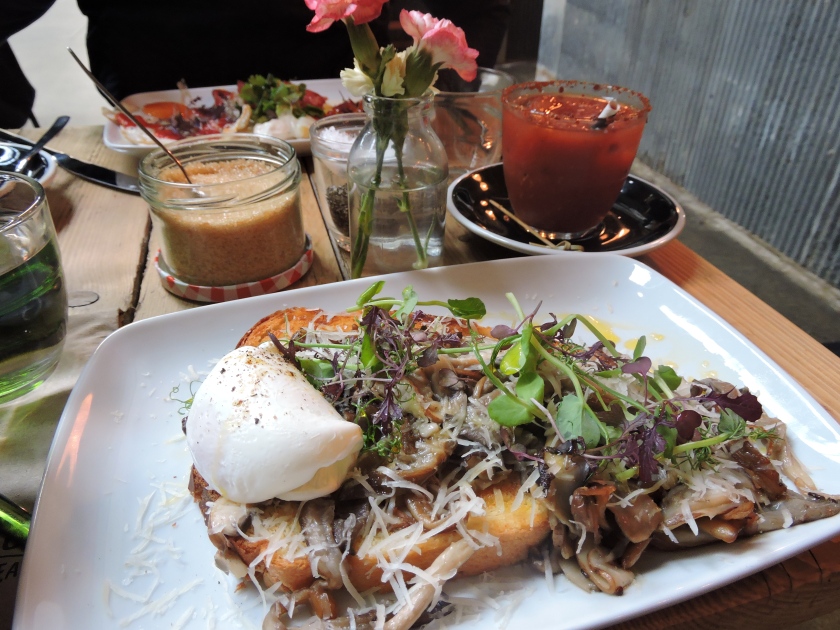 I was surprised by the ‘wildness’ of the mushrooms in my dish – there really was such a wide range of mushroom types, some of which I’d never tried before, all of which were delicious. I was also surprised by the fact that I’d ordered a dish without meat in it, although I suppose the little bit of bacon made up for that!

A scrumptious brunch and gorgeous drinks (I also noticed they stock one of my favourite tea brands, Bluebird Tea Co) – we’ll definitely be going back again soon! They also have places in Clapham and Balham if you fancy trying them out too!