Last week, Tim and I added another place to our list of local restaurants, after visiting Tota near Tooting Broadway. We both had a bit of a steak craving and we wanted to tuck into some good grub nearby so we could just walk (or roll!) back home in a matter of minutes.

The restaurant was dimly lit and so cosy – perfect when it was cold and raining outside. I instantly opted for a mulled wine with brandy, while Tim ordered a beer. Please excuse the quality of the photos – a certain husband had promised to bring my camera from home with him and forgot 😉 So I had to make do with my camera phone. 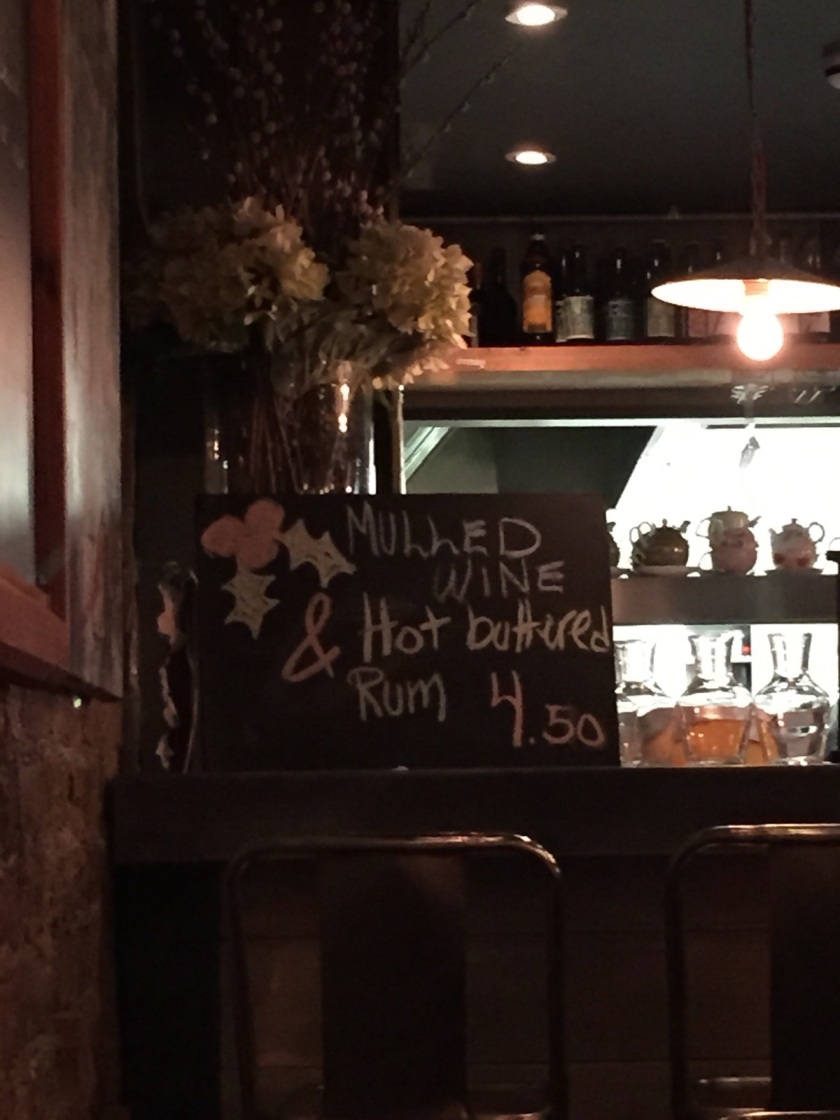 The menu all looked great – we hadn’t planned to get starters but they looked delicious and some of our absolute faves were on there, two of which we ordered – the melted Camembert and the chilli squid. The portions were pretty big, and we probably would have been fine just with the Camembert (that’s not to say we didn’t manage to polish everything off!) I loved the flavour of the Rosemary in the Camembert, it was beautifully cooked, the perfect level of gooeyness! The chilli squid wasn’t anything groundbreaking but still really tasty.

For main course we ordered the Cote de Boeuf to share between us, which was served with chips, vine tomatoes and mushrooms. We like our steak rare and it was cooked perfectly (if anything, it was a little more rare than we were expecting, but that’s never a bad thing in our book!) and it tasted great! We ordered a peppercorn sauce with it, which didn’t blow us away, but it was a nice accompaniment. Some horseradish would have been nice with it. In fact, there was so much meat that we couldn’t eat it all, so we took the rest home and I ended up eating it for dinner the next night with some veggies and horseradish sauce. 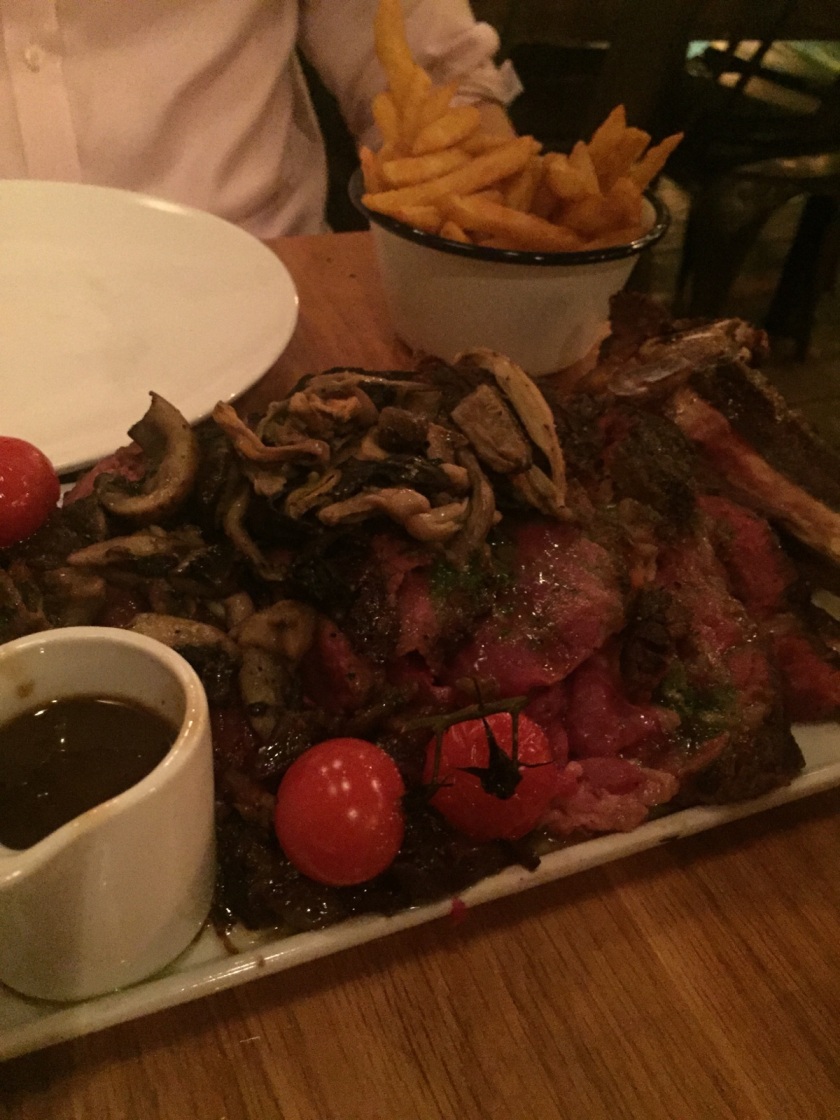 We could definitely have been tempted by dessert but we had to get home in time for a delivery. But we’ll be back again and will endeavor to make it to the puds!