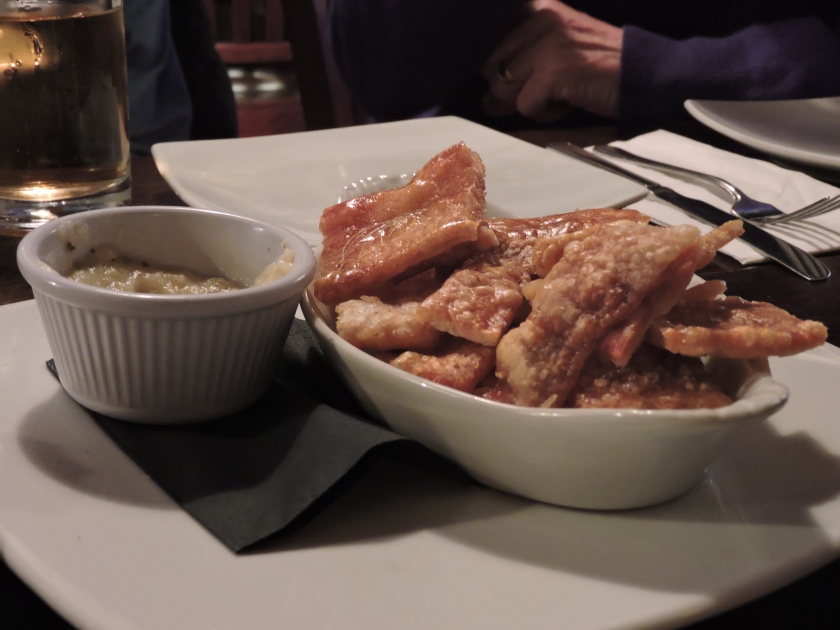 I discovered Pig’s Ears in Richmond quite a few years ago. It’s right in the middle of Richmond, close to the river, and it’s in a downstairs cellar – you might not notice it if you’re just passing by, but it’s well worth the visit! Over Christmas Tim and I thought we’d take the parents there for lunch, as they love good craft beers and moules, both of which the restaurant is known for.

Every other time I’d been, the place had been packed – the front ‘pub’ part (very cosy and candlelit) is usually full, with plenty of people in the restaurant at the back. I was surprised to find barely anyone in there on this visit, but it was lunchtime on Christmas Eve after all! We were seated down in the restaurant but felt a bit silly eating alone in a big open space, so we moved up to the pub area where a few other families were.

I’d previously had some gorgeous pork crackling there as a bar snack, so when I saw this on the menu as a starter, I had to order some for us! The portion turned out to be huge, one would have been plenty! But they were just as good as I remembered.

We also ordered some olives and garlic bread, the latter of which was some the best I’d had in a while. 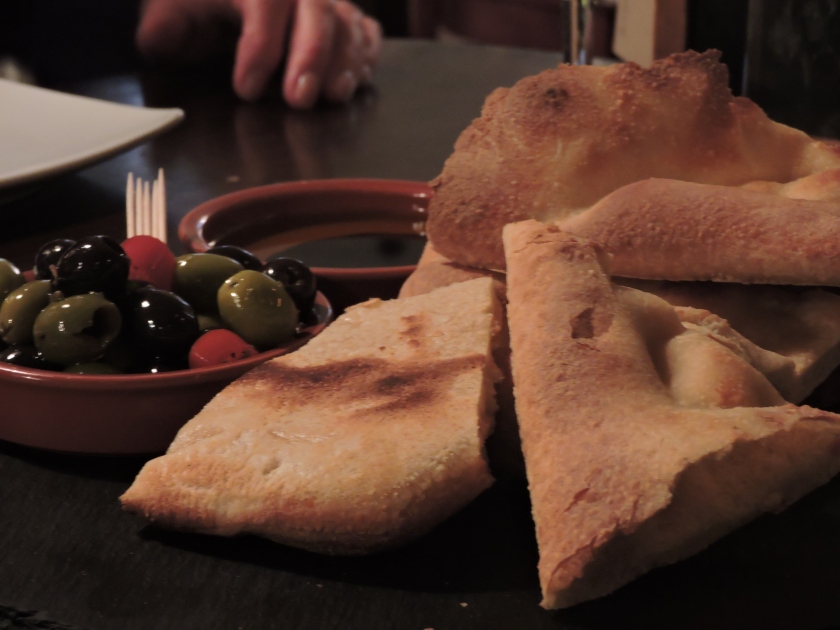 Tim and his Dad ordered the moules for mains (also very large portions, served with fries), the mums went for burgers and I chose the ‘fish pot’ – it was rich and gorgeous, a perfect warming winter dish. 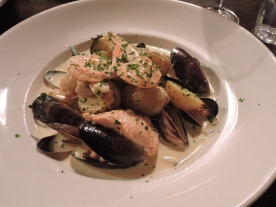 To drink, I had a pale ale I hadn’t tried before – Bibble – which was really nice. Weirdly I haven’t written much about beers/ales on here, but I’m actually a big fan of pale ales and very often opt for one over a wine or spirit. 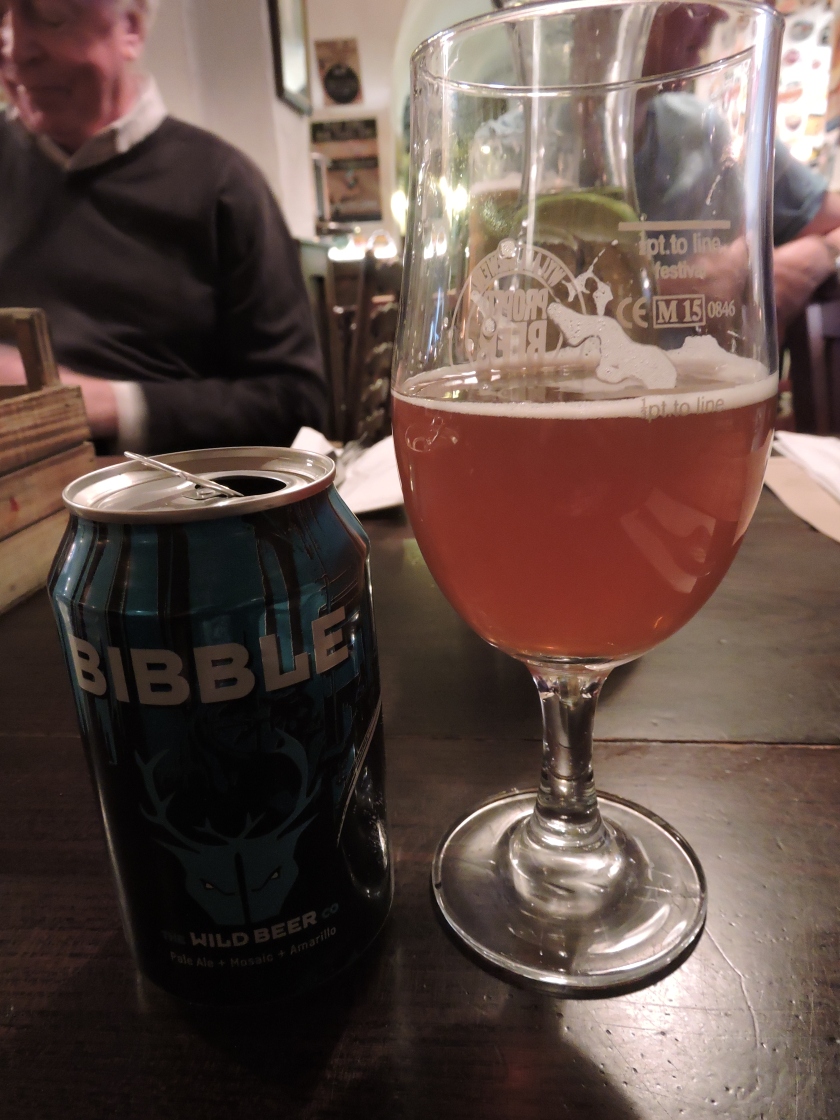 We didn’t order desserts as we were stuffed…and had to make sure we didn’t overdo it the day before Chrimbo!

If you fancy giving Pig’s Ears a go, you can find out more at their website here.