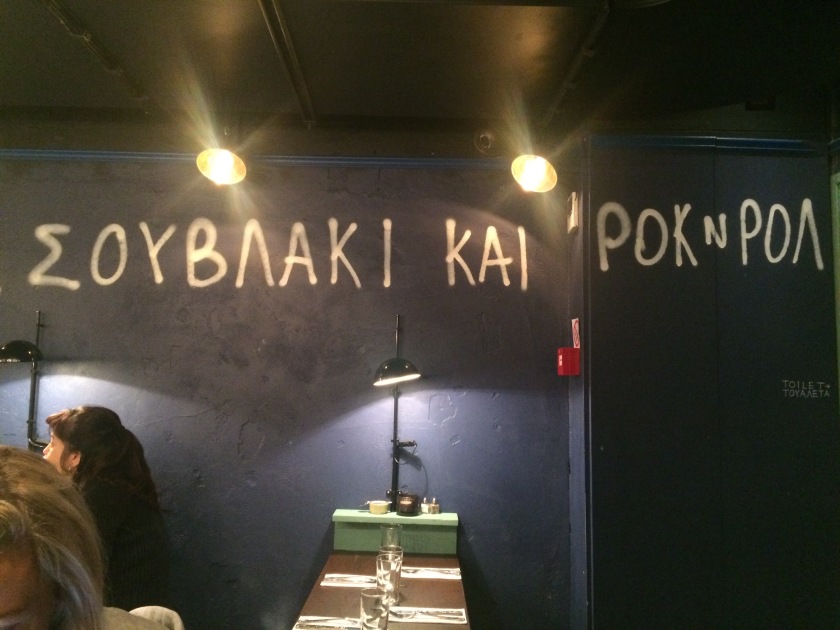 I haven’t tried anywhere near enough Greek restaurants in London yet for my liking! This is the longest I’ve ever spent away from Cyprus now and I miss it a lot, especially the food, so it was definitely time for a trip to a local Greek food spot in Soho. I’d walked past Suvlaki a number of times and had seen them doing lots on social media, so I couldn’t wait to try them out.

This week I took a couple of my colleagues who were fairly new to Greek food and didn’t really know what to expect. But by the end of the meal they were definitely impressed!

Suvlaki is a small Greek restaurant in Soho that largely specialises in kebabs and skewers, and the menu is pretty straightforward. We decided to order a selection of both, including pork, chicken and wild boar sausage. I can’t say I ever had wild boar sausage in Cyprus, but I knew it would be tasty. We also ordered some chips and a Greek salad. 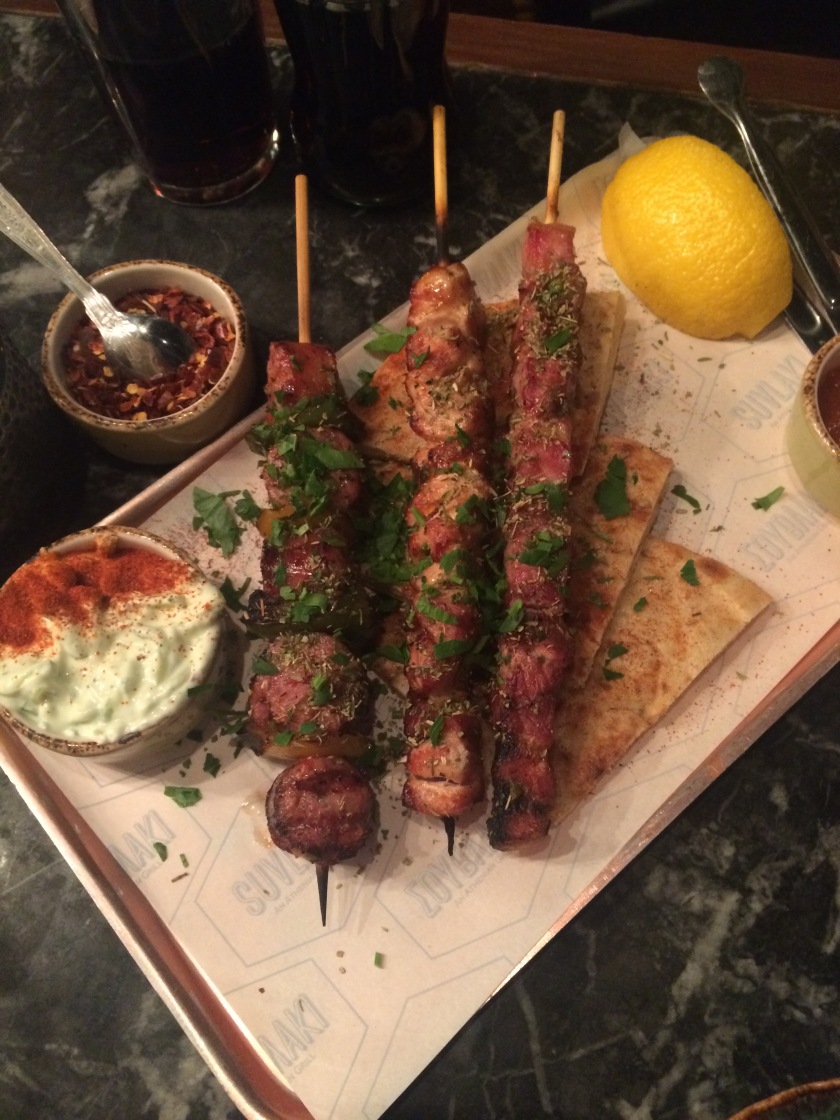 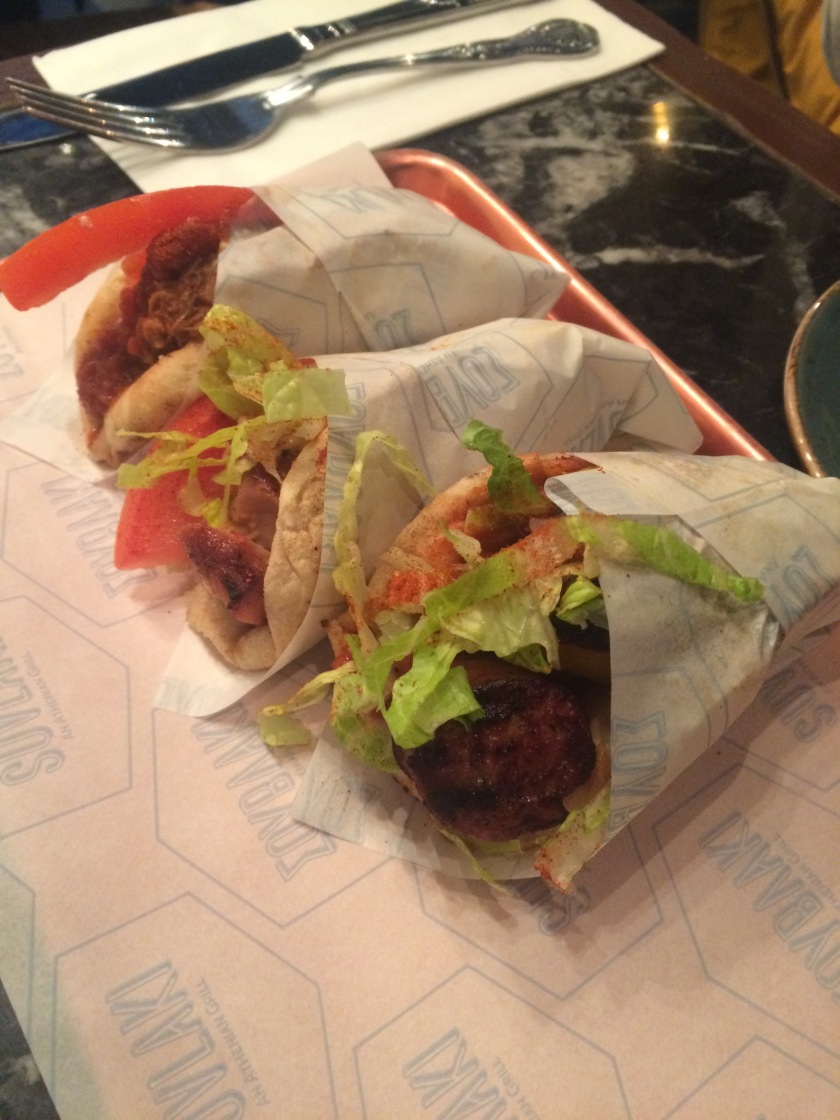 All of the food had a lot of flavour and was served with a salsa style sauce and tzatziki. I’ve found the food in some Greek restaurants in the UK to be quite basic (and dare I say, a bit bland!) but this wasn’t the case here. The Greek salad was a bit controversial in my book though – it had lettuce at the bottom, which as far as I’m concerned, shouldn’t be found in a proper Greek salad! But then again the restaurant is probably catering for a wider audience, who might find it strange not to have lettuce in a salad! I had a Fix beer to drink, which I hadn’t drunk in years, so that was quite nostalgic! 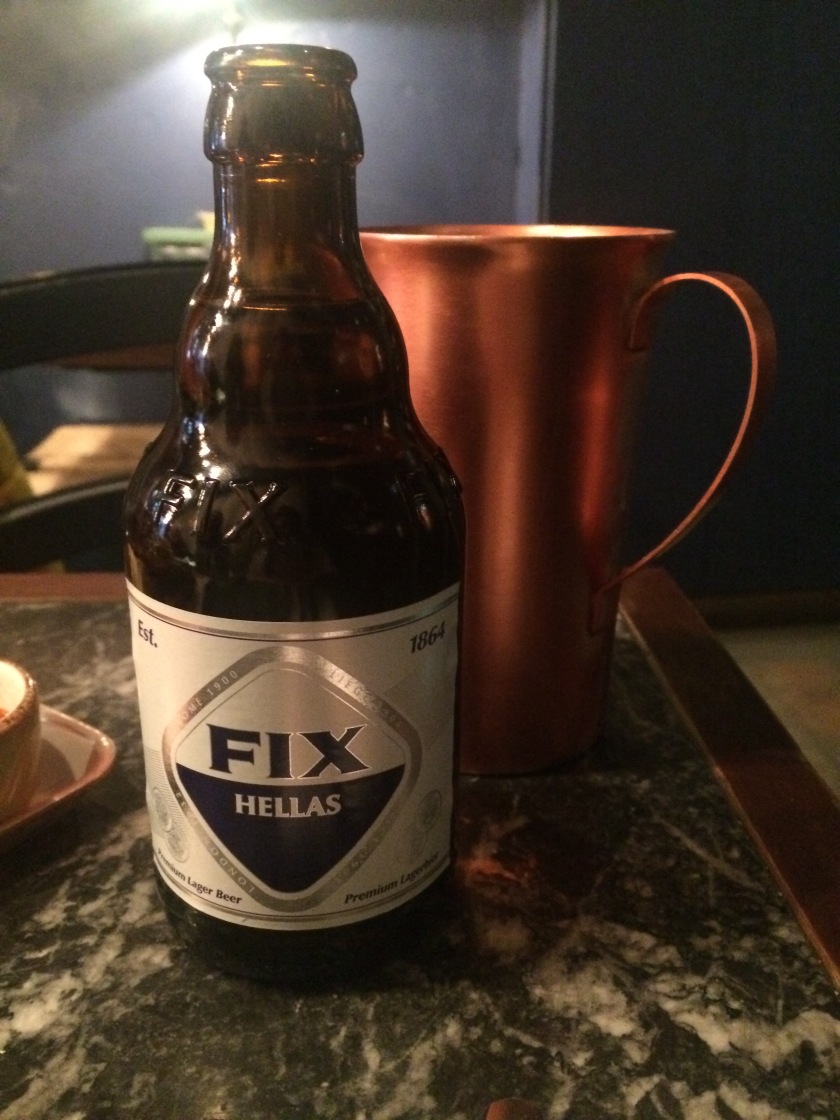 The portions weren’t huge, but I think we probably ordered just over enough for 2 people when there was actually 3 of us, so I would just order more next time. But everything was very reasonably priced, so that’s definitely doable! It might also be because I’m accustomed to massive portions back at home!

I was also a big fan of the decor – the blue and white decor felt very Greek and I loved the ‘graffiti’ of ‘Sex, Suvlaki and Rock and Roll’ on the wall. It felt a bit like I was privileged to a fun secret by being able to understand it. It might look a bit weird to some people but this kind of ‘white chalk’ style graffiti is quite common in Cyprus – street ‘art’ hasn’t quite caught on there yet 😉

It’s probably not the kind of place you’d go for dinner, but it’s ideal for a lunch or an early dinner at least – they also do takeaway if you happen to work nearby or you fancy something on the go. I’ll definitely be going back!