Tim and I have both been fans of the Roux family for a long time, having visited some of their restaurants (you can read my review of The Waterside here), and their cookbooks take up a substantial part of our bookcase! So when we were invited to brunch at Roux at The Landau, we knew it would be special! Roux at The Landau combines the talents of Albert and Michel Roux Jr, and Head Chef Oliver Boon.

Situated inside The Langham, London, Roux at The Landau is a stunning circular shape, with large windows on one side bringing lots of light into the restaurant, which is where we were seated. We were greeted to the sound of a guitar player, playing gentle modern songs, which gave it a lovely ambience. As you can imagine, the service was impeccable, and within minutes we were served a glass of N.V Lenoble Brut, Cuvée Roux champagne each.

We actually made a lobster bisque using a Roux family recipe for starter on Christmas Day this year – I’ve been meaning to write it up on here but haven’t got round to it yet. To cut a long story short, it was beautiful but took a lot of effort (and live lobsters going into my freezer, which I wasn’t overly happy about!!) Tim said he had to try it at Roux at The Landau to see how it would compare and he said it was utterly delicious!

The terrine was without a doubt the best I’ve ever had – the game in the centre was beautiful and the rosemary brioche and foie gras butter was a wonderful accompaniment. 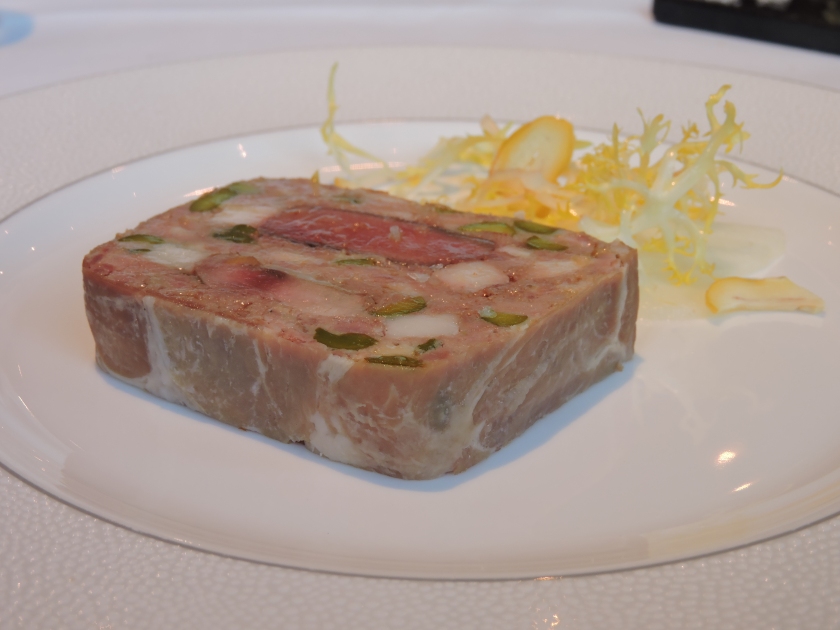 We both decided to order the Beef Wellington for main course, which really is the star of the show at brunch at Roux at The Landau. It is brought to the table on a trolley and carved in front of you by the waiter, served with creamed spinach and mousseline potatoes. We also had a glass of red wine each, from Chateau Biac. 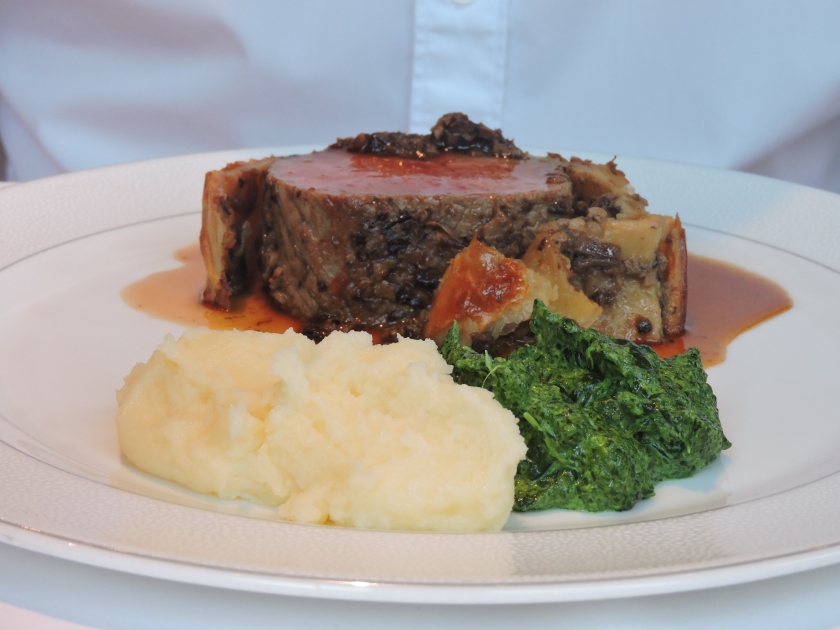 It was all just as delightful as it looked – beef wellington is always such a treat, as it’s something we’ve never tried to make at home yet. And when you have it somewhere as highly regarded as Roux at The Landau, you know it’s going to be the best you can get! The beef was perfectly cooked and the pastry just melted in your mouth.

The desserts were all on a counter for you to serve yourself, which was nice to be able to take a look at everything available.

Tim settled on the Crème Brulee (you really can’t go wrong there) and I just had to have the Ile Flottante – I’d been wanting to try one ever since I’d seen it as a Monica Galetti challenge on Masterchef recently (it’s made of meringue floating on crème anglaise) – it was an unusual texture but so incredibly tasty. 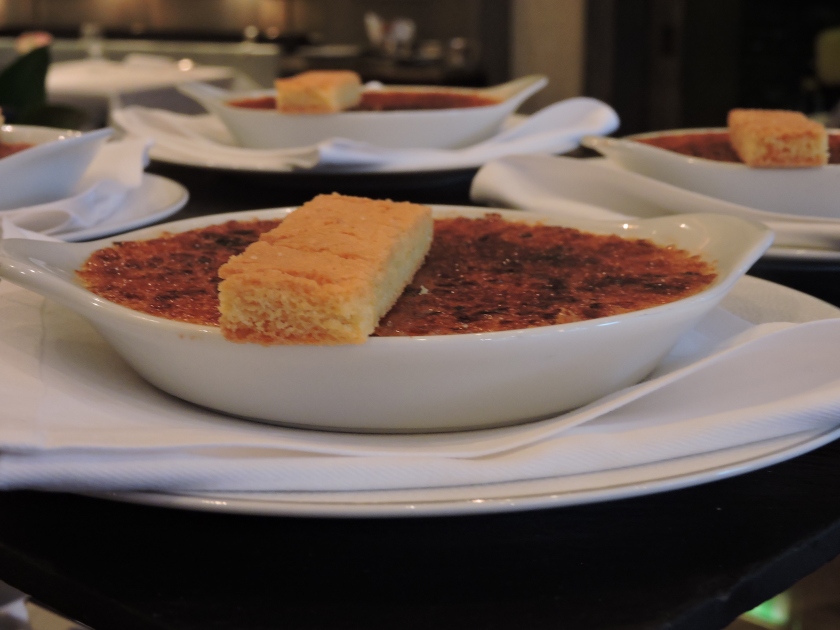 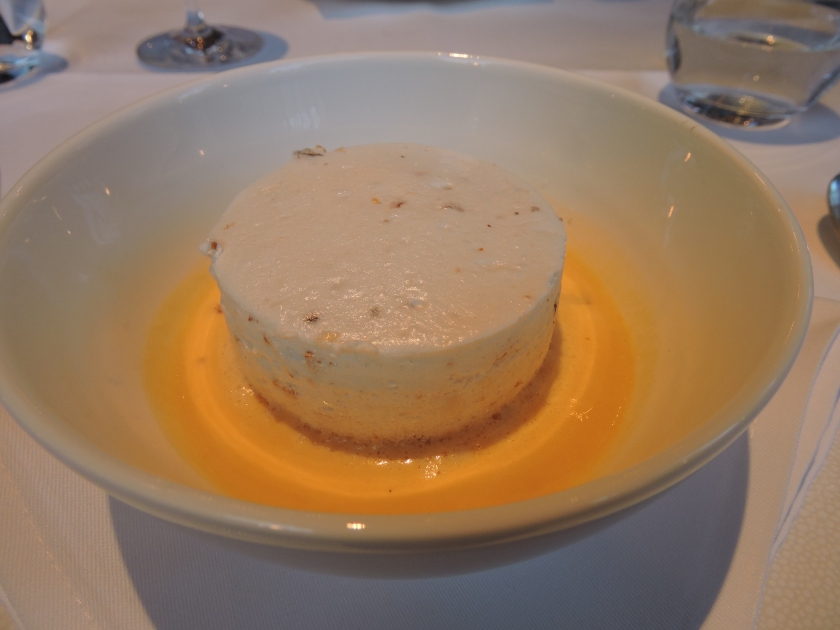 It was such a lovely afternoon and one we’ll remember for a long time. It’s the kind of place we’ll definitely return to for special occasions. I know my Mum would love it, so perhaps we could visit for Mother’s Day or her birthday. Either way, we’ll definitely be back!

If you’d like to find out more, you can visit the website here. The brunch is served on Sundays between 12.30 and 3pm, and is £45 per person, including three courses and a glass of champagne.

I was invited to review Roux at The Landau, but did not receive any payment. All views are my own.