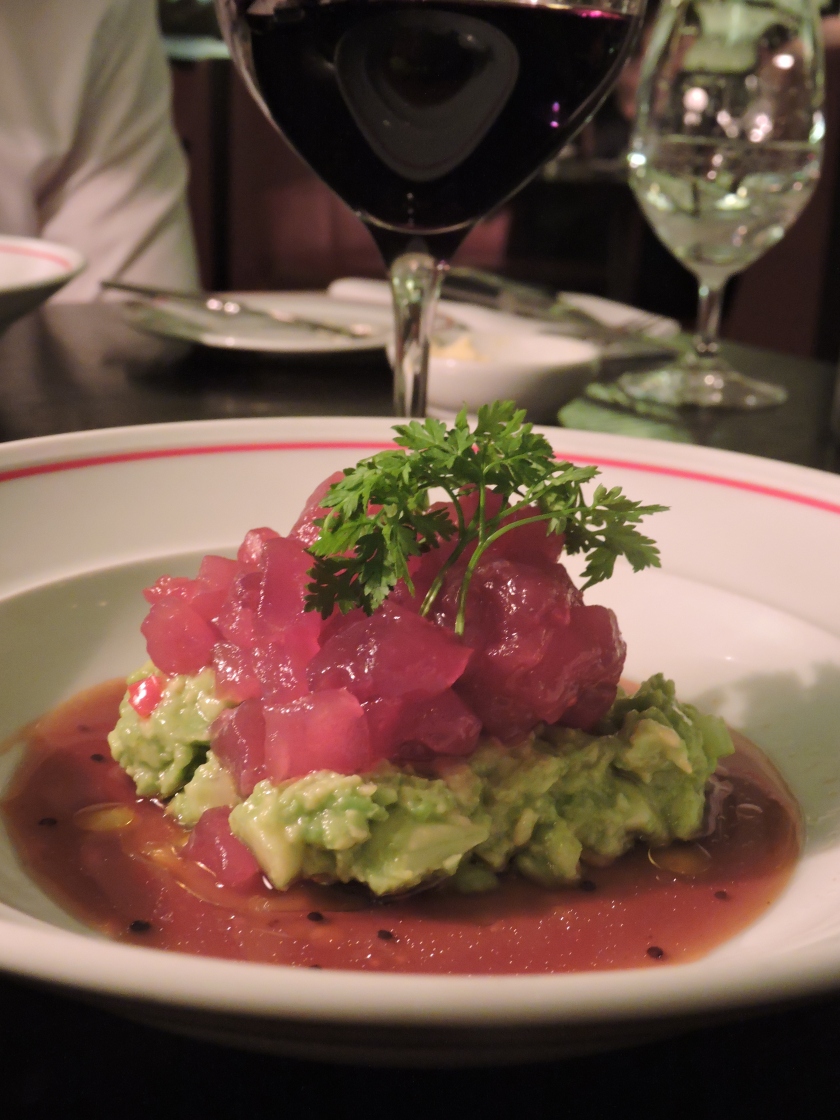 Just before we went on holiday, we were invited for dinner at MASH in Soho (the name stands for ‘Modern American Steak House’). Tim and I first went there a few years ago for his birthday when it opened in 2012 and absolutely loved it, so we couldn’t wait to see if it had changed and what the menu would now be like. It is a Danish business, with the first restaurant opening at Bredgade in Copenhagen in 2009. A lot of attention is paid not only to the food, but to the design of the venues and attention to detail.

MASH is a massive venue, underground in Soho. It really does remind me of the steak houses I’ve been to in the US before, with cosy red leather booths and a 30’s style – it’s spot on! There is one tiny issue though. The lighting! Perfect for the ambience, but not so much for foodie photos! I’ve done the best I can, but I thought I’d also include a few photos of the venue from their website, so you can get a feel for what it’s like.

What was particularly enjoyable about the evening was the fact that the team at MASH had prepared a menu for us, which meant that we were more likely to try different things. For instance, the starters weren’t what we would normally have chosen at a steak house, but they were just perfect!

The first was Wild Mushroom Pasta, made with orzo which I’m a big fan of at the moment. It was quite unusual to have pasta as a starter but it definitely worked – it was creamy and rich, but not too much as a first course. 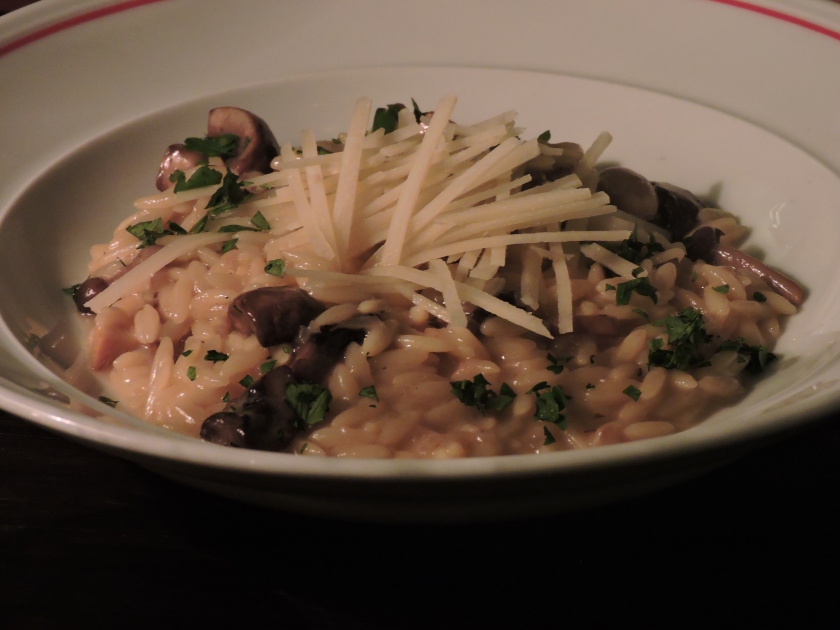 The next was Tuna Tartare with Avocado, which was light and delicious, giving the start of the meal an Asian cuisine kick, leaving enough space for the mountain of food to follow!

Then came the steaks. The beautiful, beautiful steaks, which as I’m sure many of you will know, is probably just about my favourite food (it’s a close tie with cheese!!) I usually go for a rare fillet steak simply because I like the cut and the texture. However I realise the slightly fattier cuts have more flavour, so I do try to vary what I order in steak restaurants. On this occasion we tried two rib-eyes; one from Uruguay and one from America, which were expertly carved for us at our table. 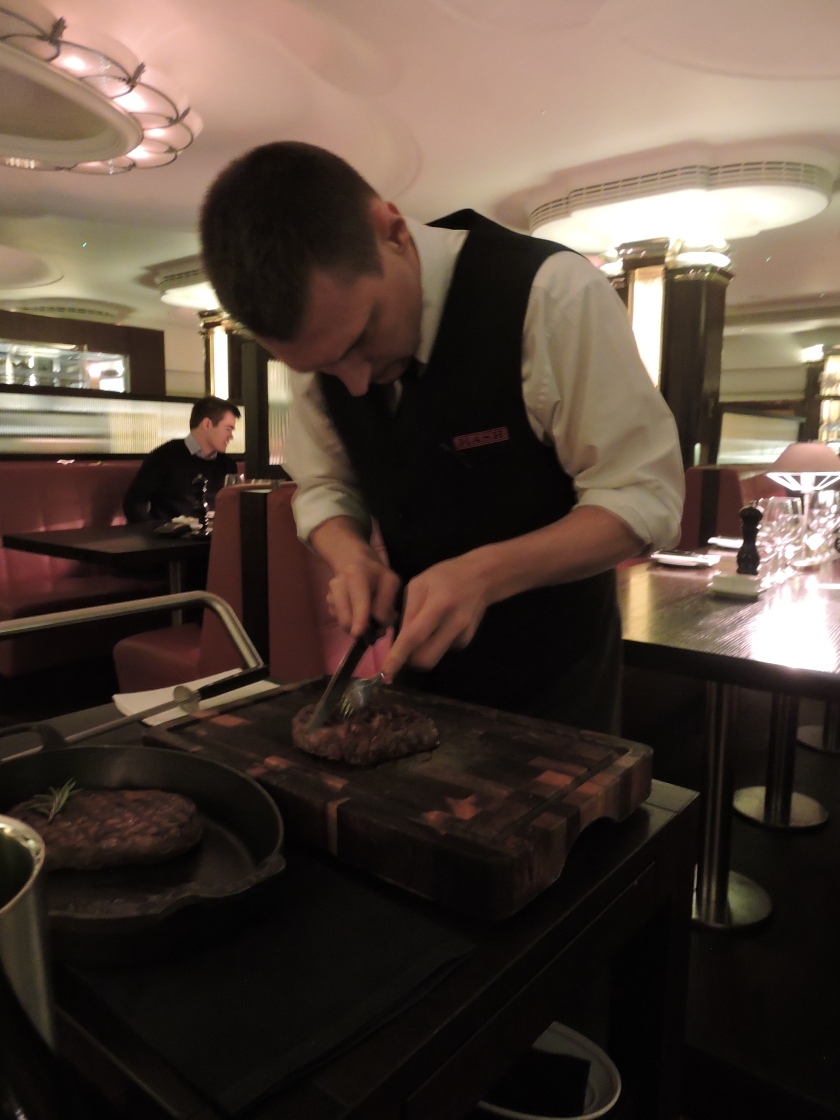 The steaks quite literally melted in your mouth, they were perfectly cooked. I would have been quite happy with just these delicious steaks, but we were also brought a LOT of equally lovely sides – chips, green salad, sautéed mushrooms with garlic and parsley, and creamy spinach, along with a selection of sauces for the beef. 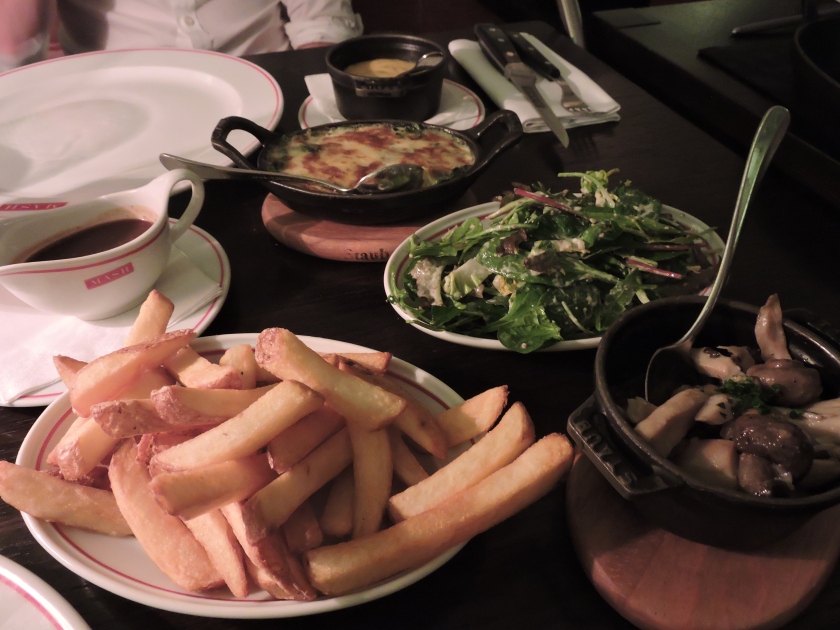 All of this was accompanied by a gorgeous bottle of Australian red wine – a Tempranillo Touriga from S C Pannell. 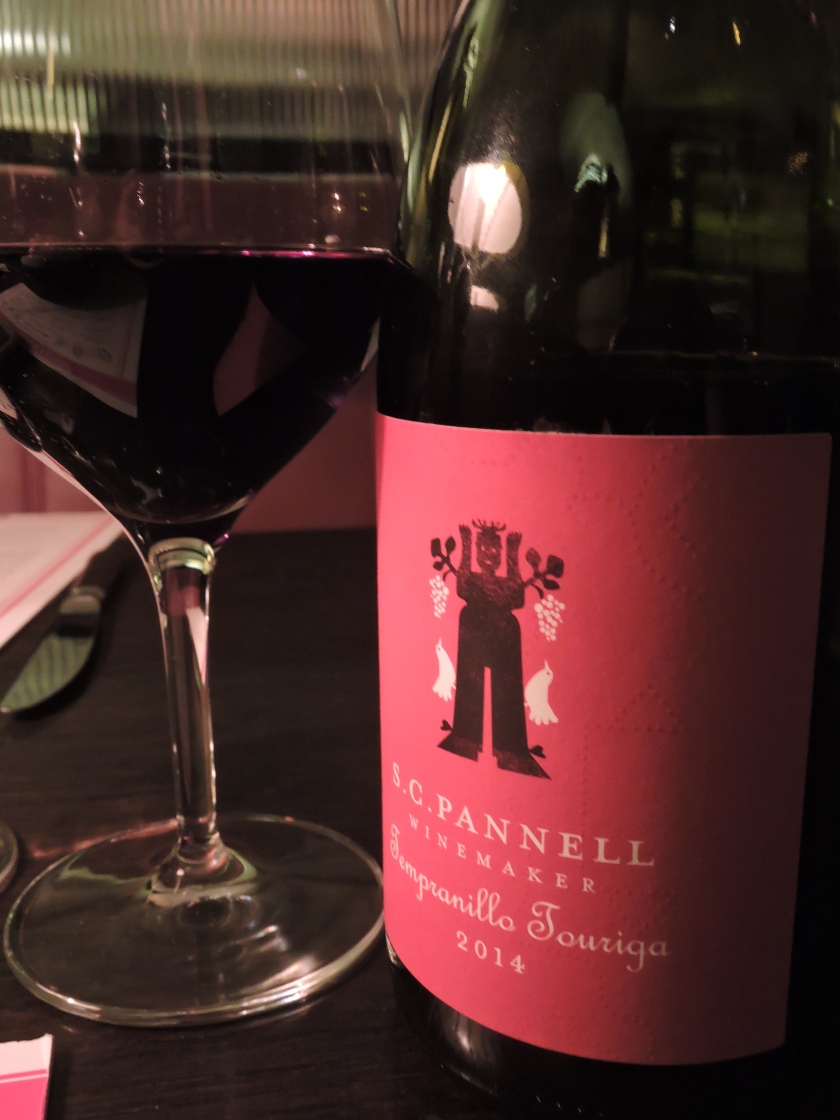 And as if all of that wasn’t enough, we still had to make room for dessert! We went for a couple of classics, two of our all time favourites – profiteroles and crème brulee, which were heavenly! 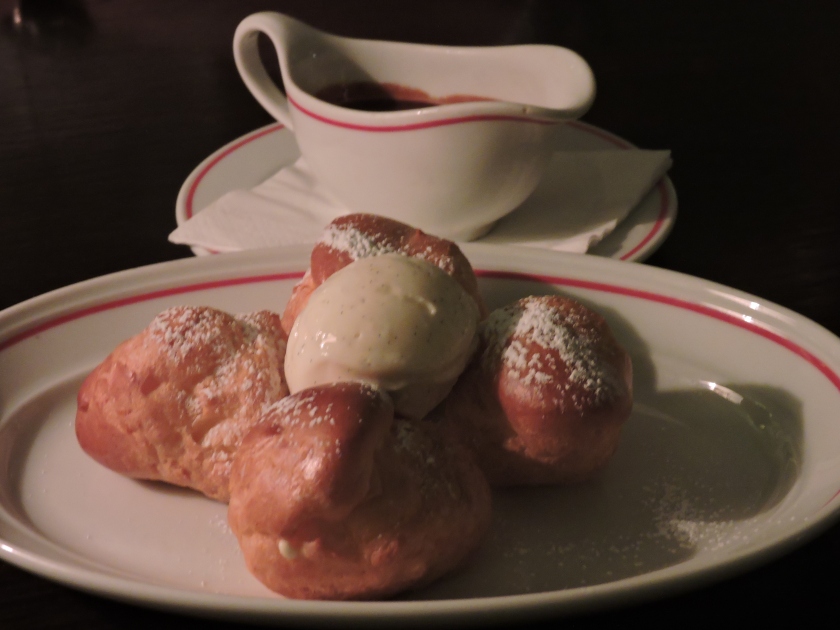 It was definitely a case of getting an uber home after all of this superb food, we were completely stuffed! The photos probably don’t do it justice, so I really do just recommend that you pay them a visit. Londoners – the next time you fancy a steak, there are a couple of popular steak houses that probably spring to mind, and while I do enjoy those too, give MASH a try – it’ll be well worth it, and you’ll definitely be going back!