One of my favourite things to do at the weekend is to go for a good Sunday lunch, so I was excited to be invited to The Ship Tavern in Holborn. I don’t usually venture too far from home in South London for a weekend roast, so I was hoping the trip into central would be worth it.

The restaurant is located right next to the tube station, hidden away down a little side street. If I’m honest, from the outside it doesn’t look like much – it looks like a typical pub. But you ascend a flight of stairs from the street and you find yourself in a gorgeous, cosy, candlelit hideaway! I’m including some photos of the venue from their website, as my camera was never going to do it justice. 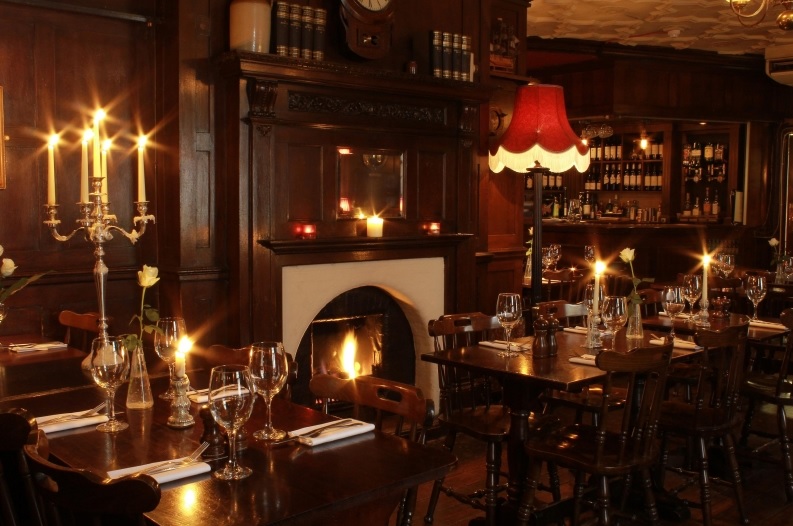 Even though it was lunchtime, because it was so dimly lit, it could almost have been any time of day, and I liked that. Not so great for photos, but lovely for ambience! It also has a remarkable history – it first opened in 1549, only half the size as it is today, constructed mostly from timber. During Henry VIII’s reign, Catholics would sneak into the Ship Tavern to attend mass. A pre-arranged signal would raise the alarm if the king’s officials were spotted nearby, sending the priests into ‘hidey holes’ – some were caught and executed on the spot! There aren’t many places in London where you can dine with a history like that!

As soon as I saw oysters on the menu, I knew what my starter would be, ordering three, while my friend Kelly ordered the calamari. It’s hard to ‘rate’ oysters but these were very nice – a good size and nicely presented – and the calamari was equally tasty, with a very generous portion! 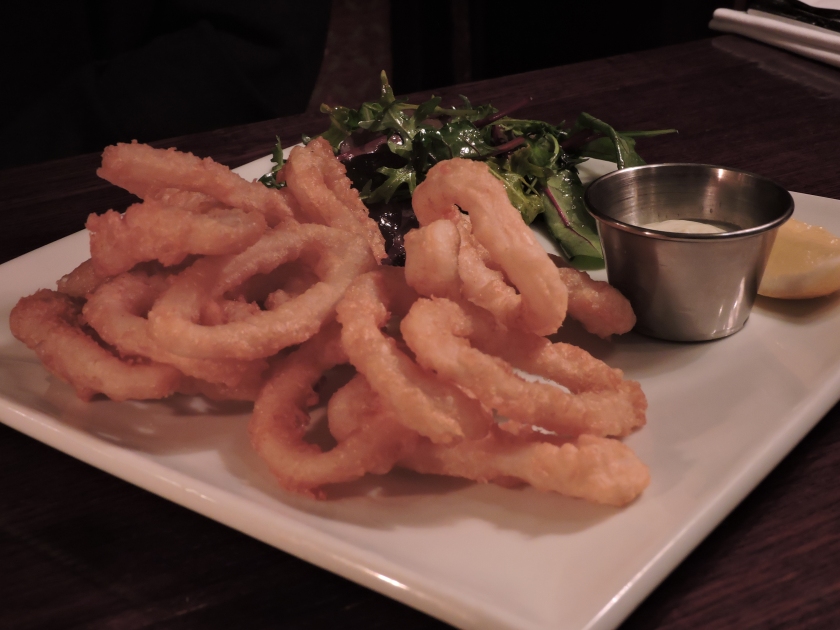 For mains, Kelly went for the beef roast, which would be my usual choice, but the waitress highly recommended the pork belly, so I opted for that. Again, the portion sizes were big, especially the pork belly, it was huge! I could only eat a small portion of it, but it was beautifully cooked with wonderful crackling! A top notch Sunday roast, you couldn’t really have asked for more.

We ended with a sticky toffee pudding and a crème brûlée with raspberry sorbet. Much like everything else, they were both very good. The crème brûlée was a little runnier than I would prefer but that was no big issue, it still tasted great.

I feel like the chalk boards outside The Ship Tavern and its exterior really don’t do justice to what lies upstairs, so I just hope that blog posts like mine and others reviewing it will encourage people to visit it, because it really is worth it, a hidden gem with such an incredible history! As you can see from the photos it’s quite a small venue so make sure to book to avoid disappointment!