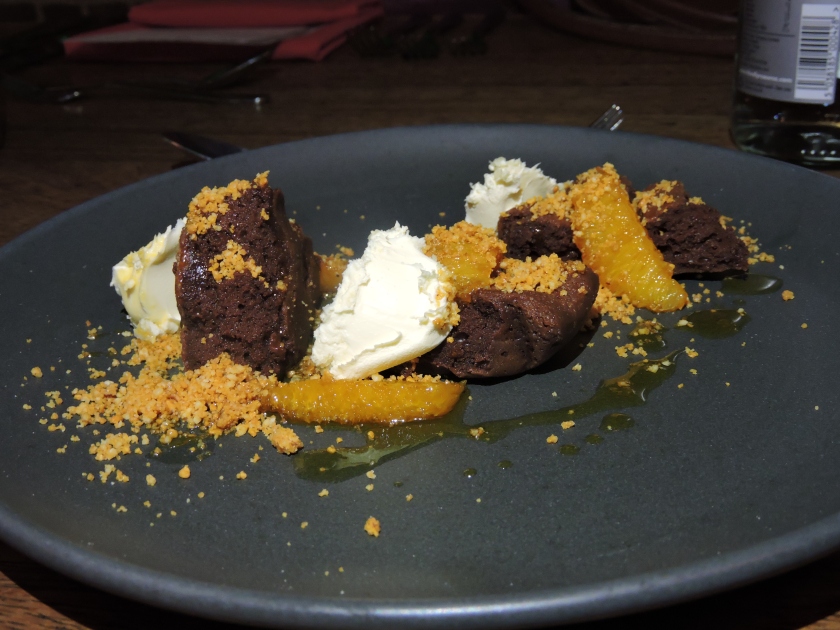 Last month I got possibly the most lost in London that I’ve ever been. You know the kind of lost where you actually get a bit panicky, because you literally can’t work out where to go? It happened in Canary Wharf, which is in fact the usual location of my ‘getting lost escapades’ in the capital. Why is that place so damn confusing? I was trying to get over the river to West India Quay from Canary Wharf station, but because the bridge was closed, this was near impossible. I eventually found a solution, which I will share with you later. The reason for this tirade as part of the blog post? Even though I got lost for a good half an hour, it was worth it in the long run! 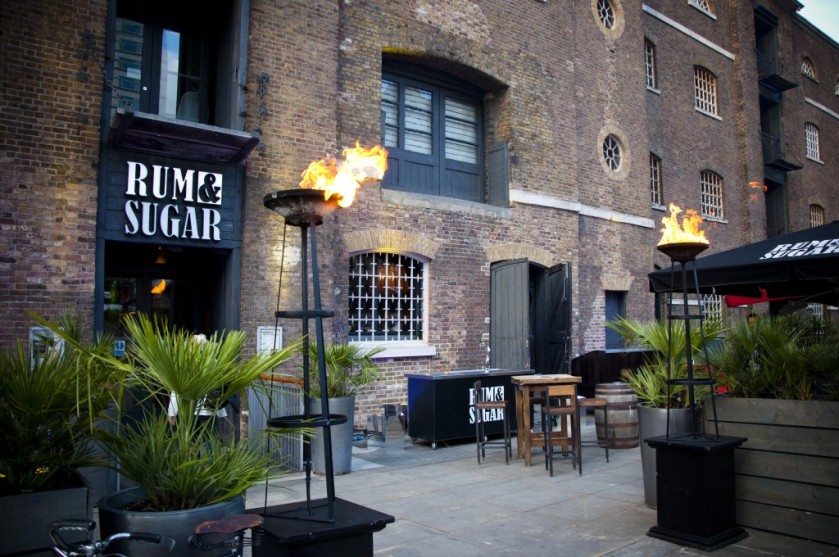 I was invited to dinner at Rum & Sugar, a bar and restaurant which boasts a collection of over 150 rums! We got quite into our rum when we were on holiday in St Lucia earlier in the year. We even brought a really nice one back – Chairman’s Reserve  ‘The Forgotten Casks’ – but Tim had a jet lag fail and left it on the plane by mistake. The irony!

I was excited to learn a couple of my blogging buddies were there too, Connie of Connie Consumes and Sophie of Sophie Loves Food, and we were treated to a lovely four course meal from Head Chef Joe Howley: 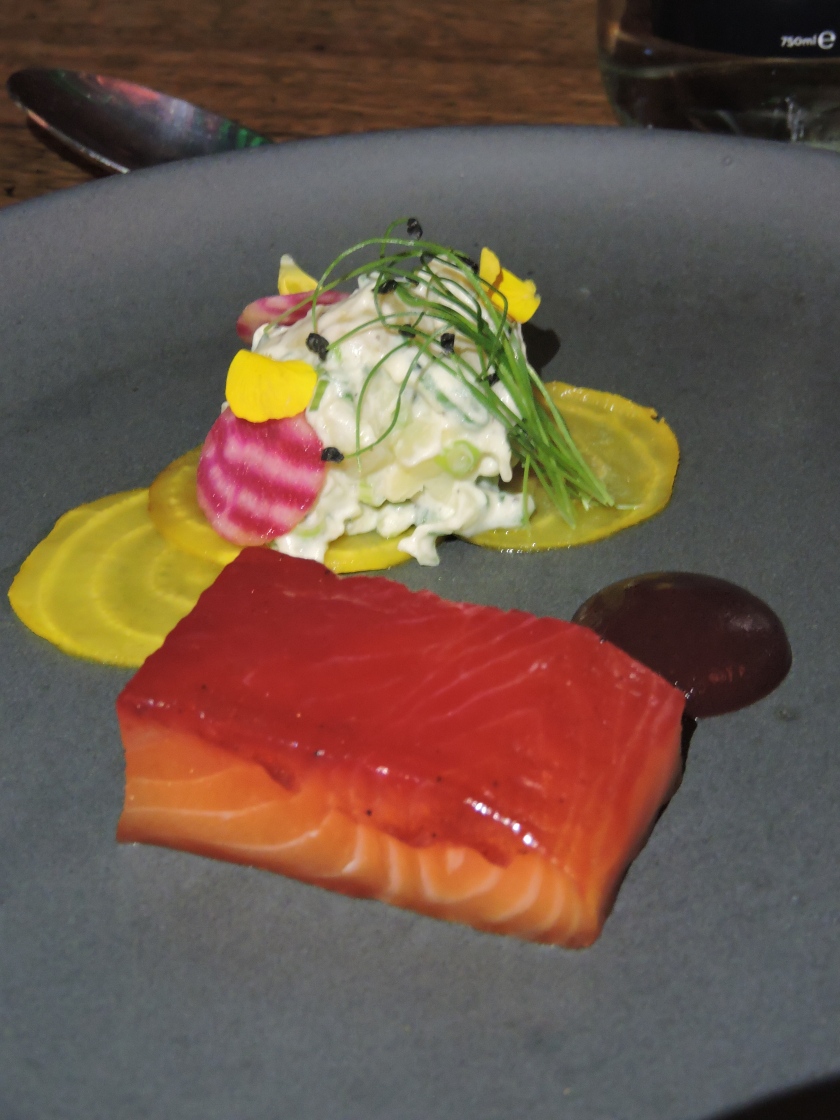 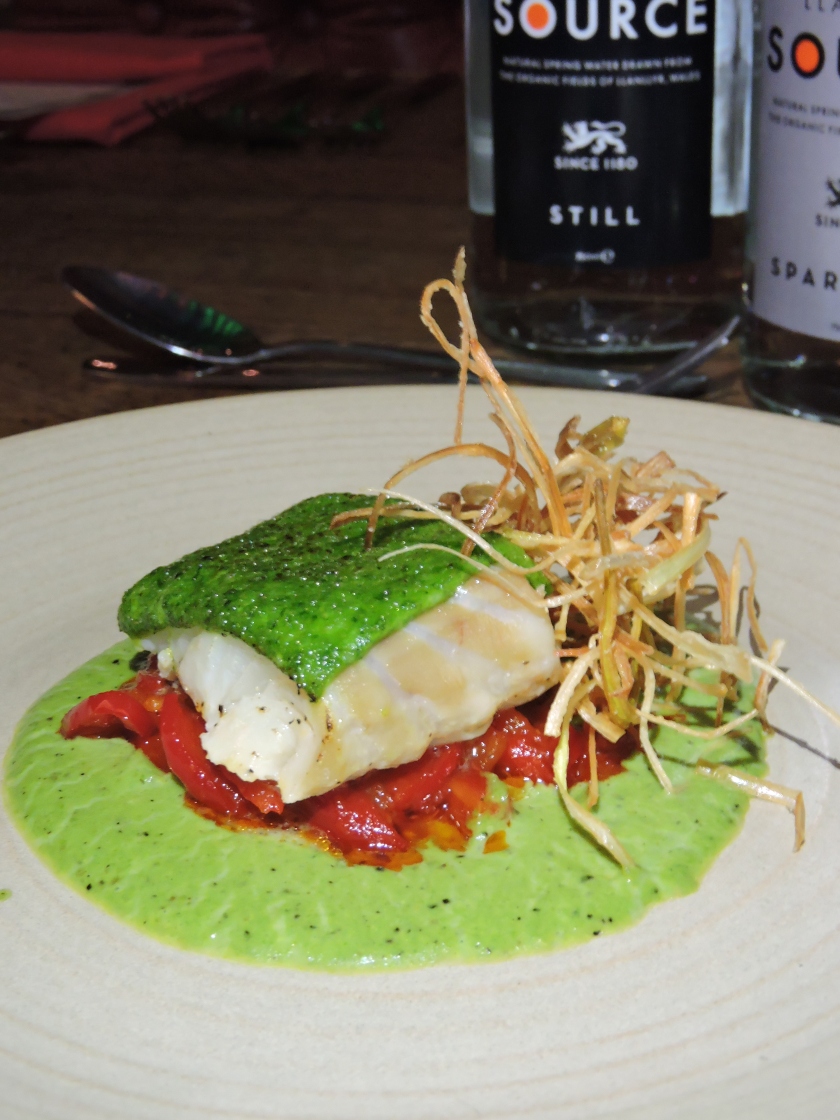 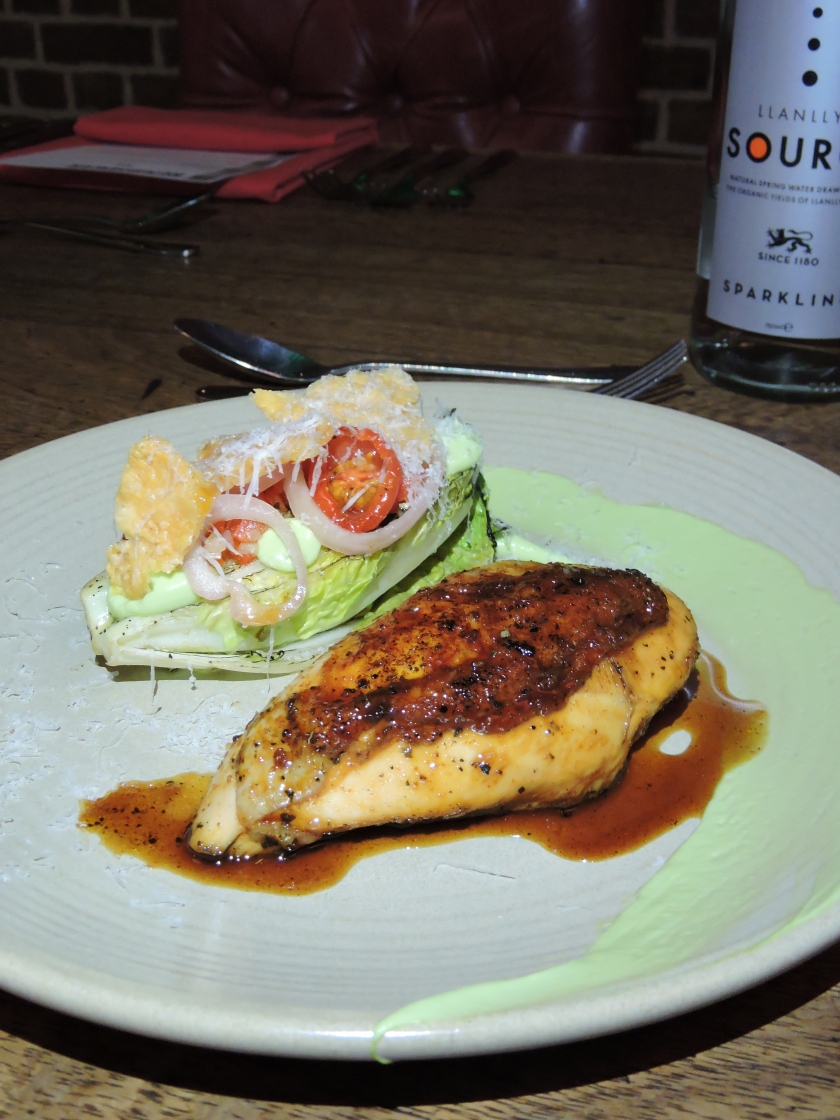 Each course was perfectly crafted, with a lot of skill and flavour. The food prices are also very reasonable and I love discovering places like this, where you feel like you’re getting fine dining on a much lower budget. You feel like you’re privy to a local secret. And as for that baked chocolate ganache. I seriously need to try that at home, it was like a cross between a cake and a mousse. Perfection!

We were joined at dinner by General Manager Paul Williams and Shy Lewis, who looks after their PR and was kind enough to invite me. I don’t normally mention the people ‘behind the scenes’ but in this case I wanted to because they were such good fun, and made the evening so entertaining!

But our evening wasn’t over yet – we were treated to cocktail making by their brilliant bartender Alessio Franzese. I’ve made cocktails at home before and the basic kit, but it made me realise I’d never actually been properly taught how to use it. I soon discovered I’d been doing things rather wrong! 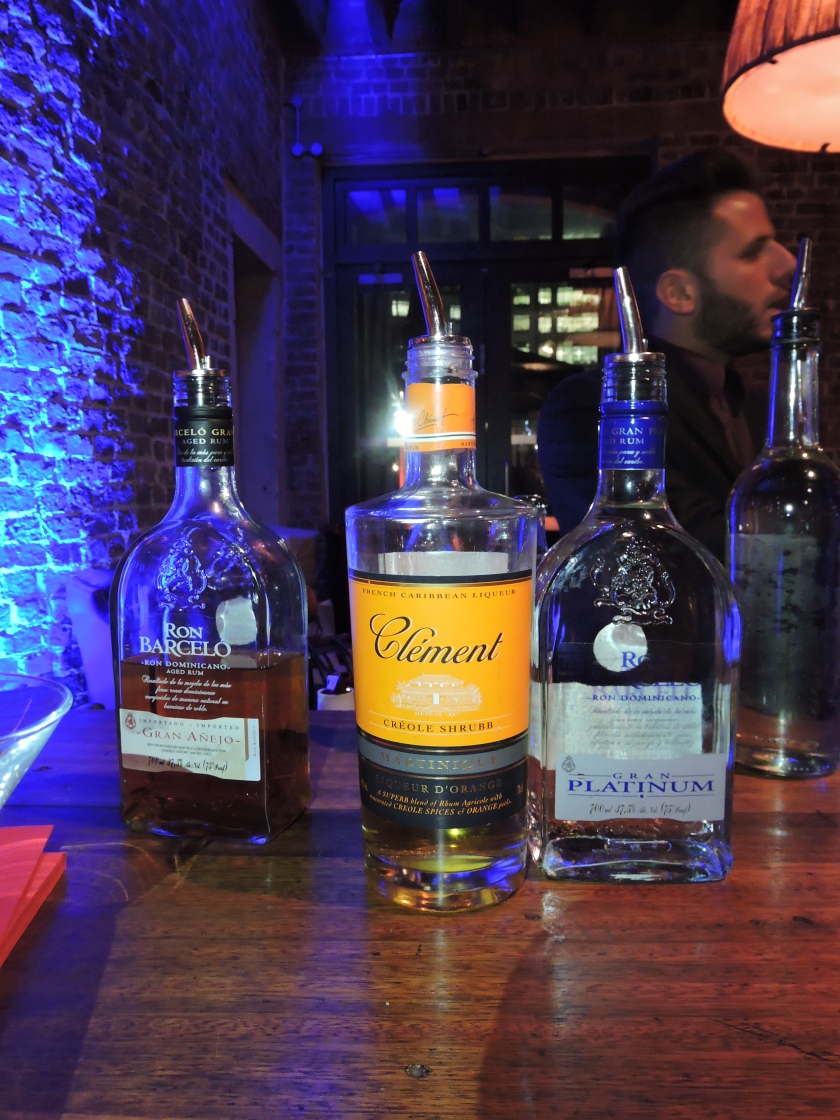 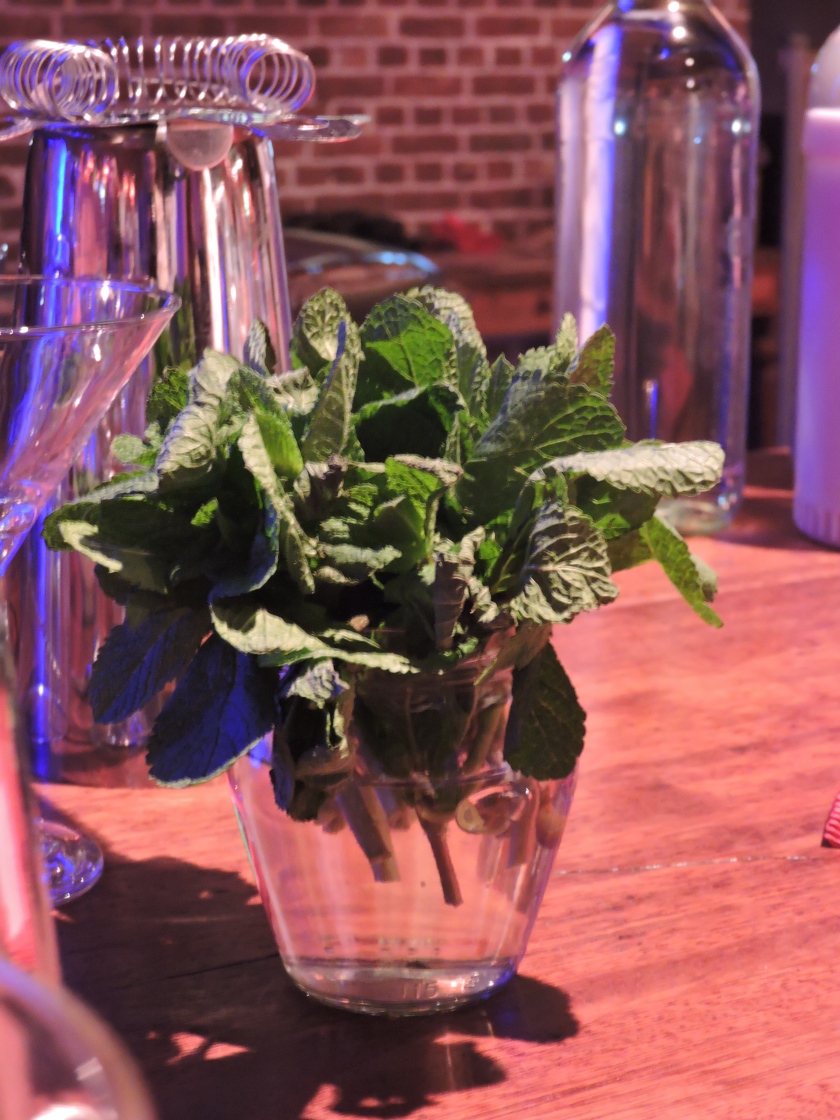 We were taught to make a ‘dirty’ Mojito (it included a rum which is aged in an oak barrel with charcoal filtering) and a rum Cosmo. We learnt lots of hint and tips, including how to properly pour the spirit bottles, and even how to light orange peel to infuse the cocktail. There might have been a few burnt fingers – barmen definitely make it all look very easy! 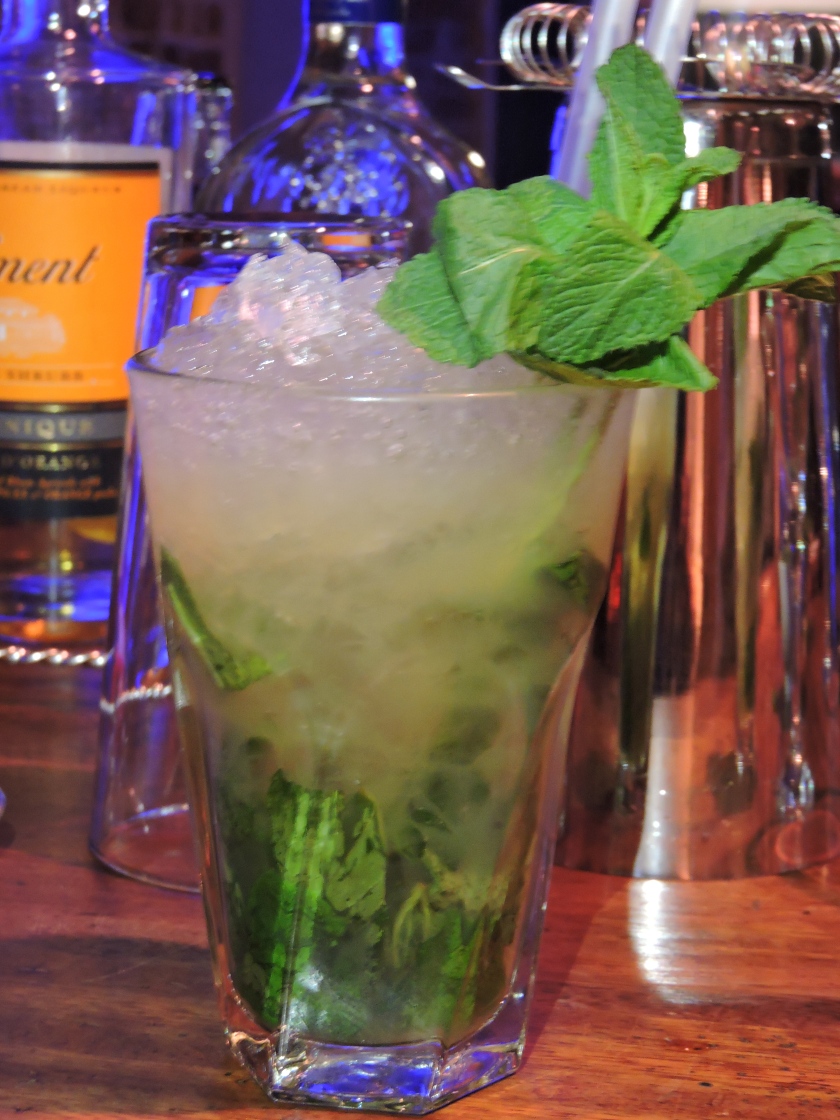 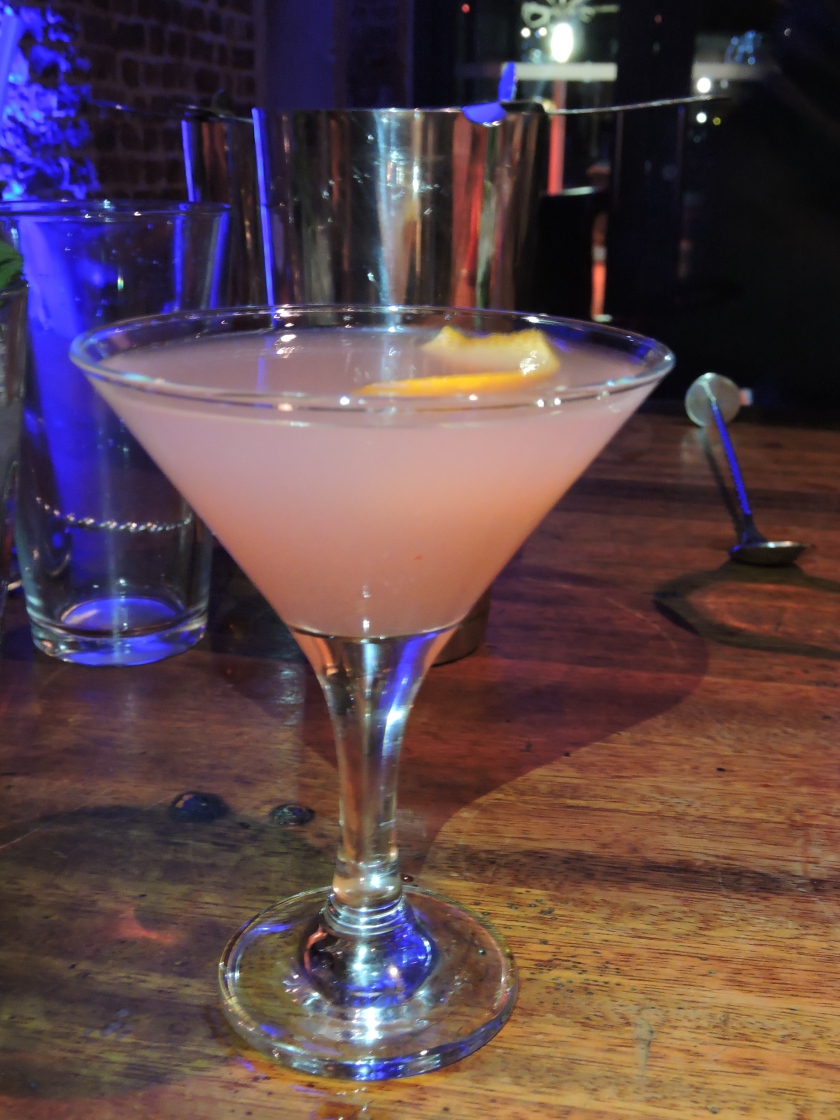 If you’d like to try this out for yourself, Rum & Sugar offers cocktail classes to the public as well as tutored rum tastings!  You can find out more on their website here.

If you fancy paying them a visit, the main bridge between Canary Wharf and West India Quay is closed for a few more weeks, so either take the DLR straight to West India Quay, or if you need to get in to Canary Wharf station as I did, head towards the river and just keep walking along the bank to the west – you’ll eventually come to a crossing which takes you over the river and quite close to Rum & Sugar. Don’t rely on Citymapper – it took me somewhere completely random!

A big thank you to the team at Rum & Sugar for such a lovely evening – I’m looking forward to returning. Tim and I actually used to live fairly close in Bow, just a few stops up on the DLR. We would easily have become local ‘regulars’ if we still lived there! Either way, we’ll have to return to see if they have The Forgotten Casks to finally get to try it!

I was invited to review Rum & Sugar by Shy PR and Rum & Sugar, but did not receive any payment. All views are my own.