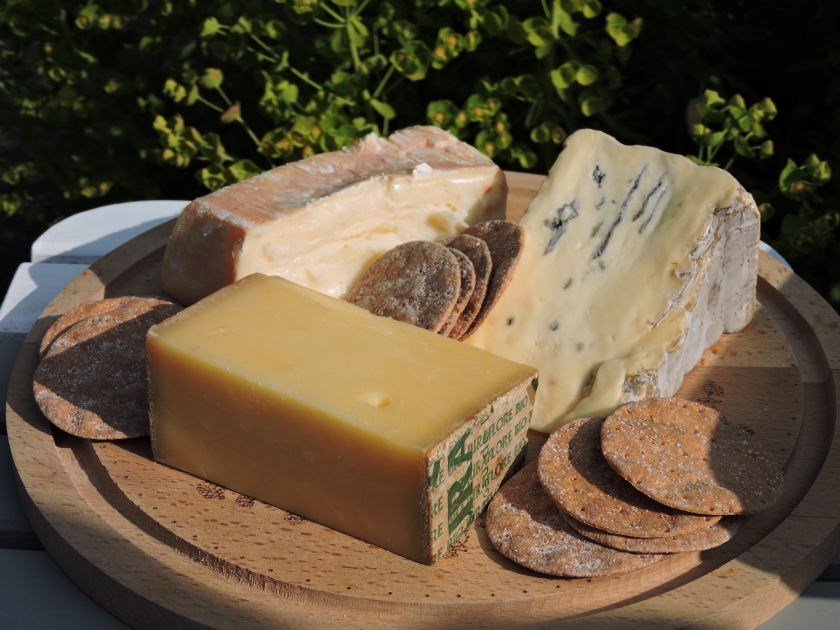 There’s a subscription service for everything these days. But I think the best category has to be cheese. I mean, a selection of random cheeses sent straight to your door each month, sounds pretty epic to me! I’d been looking into which company to sign up with, as there are a few offering this service now, when I realised that the wonderful West Country Cheese Co, who we bought our cheese wedding cake from, was doing them.

My first box arrived a couple of weeks ago, right before I was going up to Yorkshire to visit my mum. I wasn’t going to risk leaving it in the fridge for a whole weekend with hubby home alone (!) so I took it up with me for my Mum and I to feast on! I couldn’t wait to find out what I’d been sent! 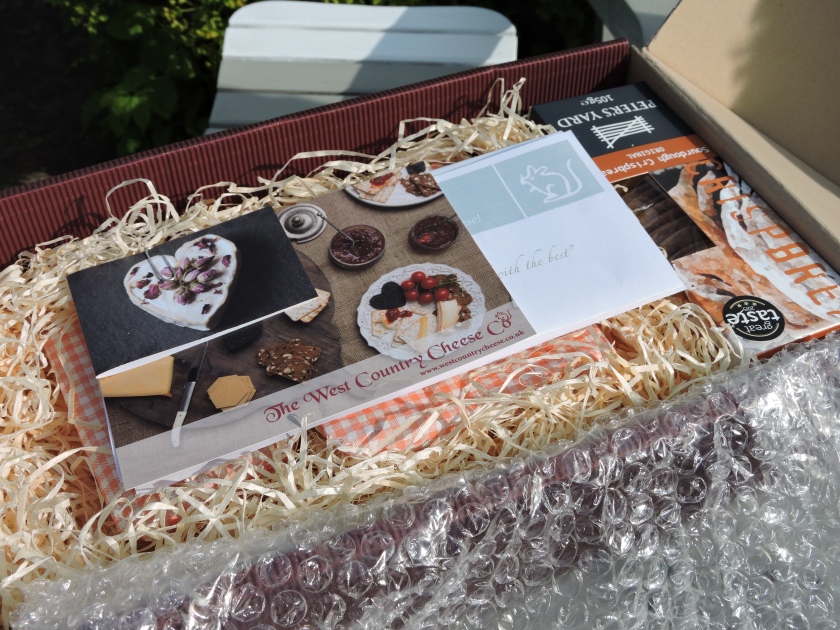 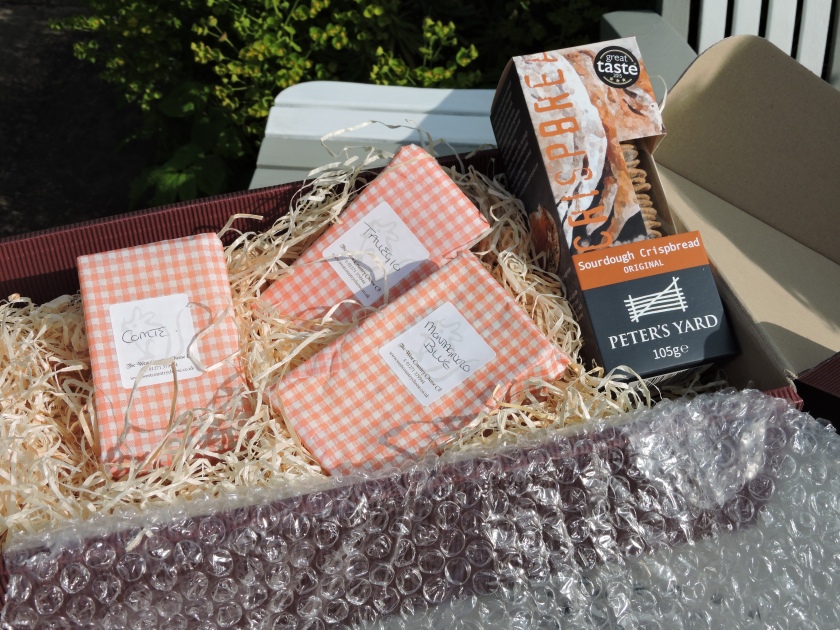 The box was well packaged and presented, with three cheeses and crackers, as well as accompanying notes about the cheeses. We sat outside in the sun on evening and tucked into them:

Comte is an ancient, superb quality classic French cheese made in the Massif of the Jura, a region made up of medium range mountains, which lie between Vosges and the Haute-Savoie. Each cheese tastes a little different depending on the season and degree of ripeness. The flavour various from fruity with hints of Apricots, to a nutty spicy finish. It received the AOC seal (Appellation d’origine controlee) in 1952. Comte is a dense cheese which has a thin rind which thickens and hardens as the cheese matures. It is a great dessert cheese, good for cooking and a great fondue cheese. 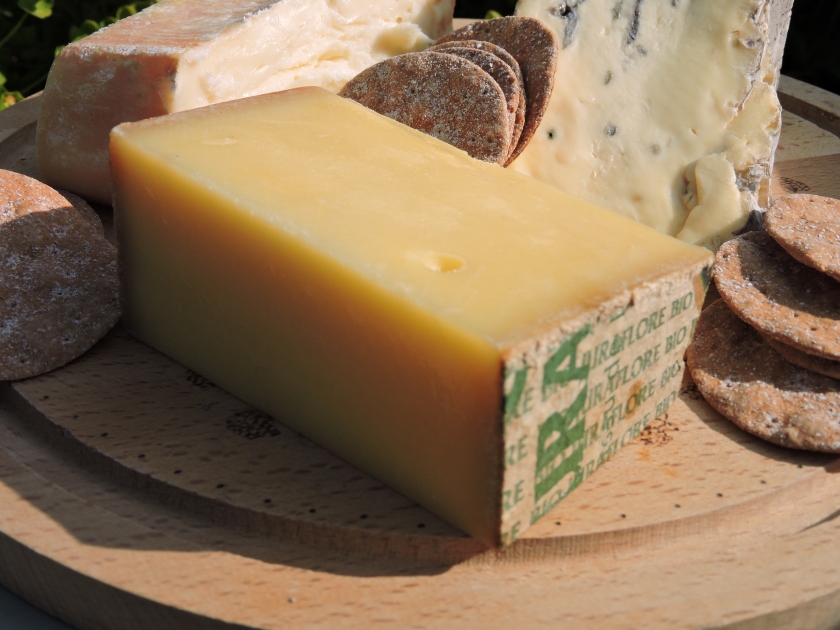 It’s so coincidental because as you might know, I recently started looking after the PR for Comté cheese in the UK and I’d been meaning to take some up to Yorkshire with me as my mum loves it – this saved me a trip to the local cheesemongers! This was quite a young age and I prefer an older, nuttier Comté, but it’s personal preference really.

This is a surface ripened, triple cream cheese. It is aged at a low temperature, where it slowly develops an aromatic, delicate flavour. The grey exterior hides the deliciously, rich creamy buttery interior which is marbled with blue veining. Montagnolo recently won the superb accolade of Supreme Champion cheese in the 2013 International Cheese awards and has deservedly won numerous other medals. 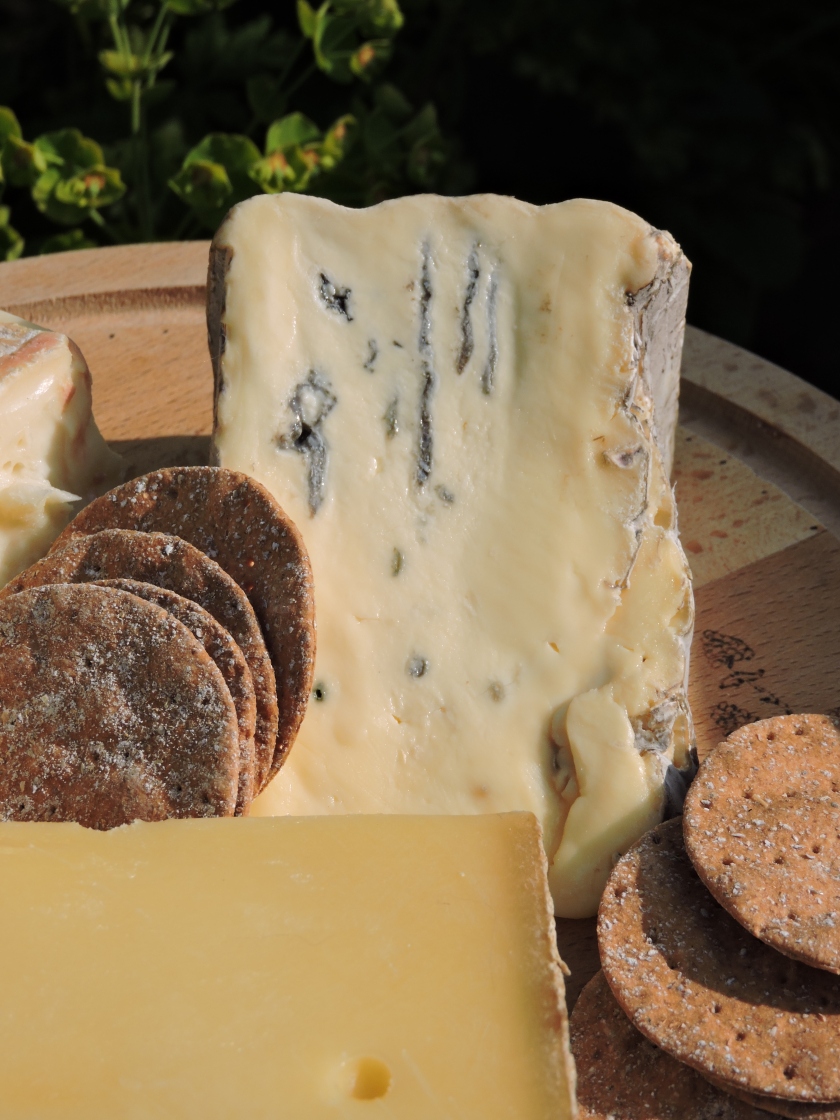 I really enjoyed this one – most blue cheeses I’ve tried have been British and particularly strong. I liked the creaminess of this one, but still with that hint of blue cheese flavour.

This is a smear-ripened cheese made in Italy and named after the caves of Val Tallegiio. It is one of the oldest soft cheeses which is produced every autumn and winter. It is a fairly pungent cows milk cheese which has been granted a PDO designtation, meaning it has to be made in a certain region and under strict and specific guidelines. Although a pungent smell, it’s actually relatively mild and creamy with a lovely fruity tang and soft, creamy texture. It melts beautifully well too. 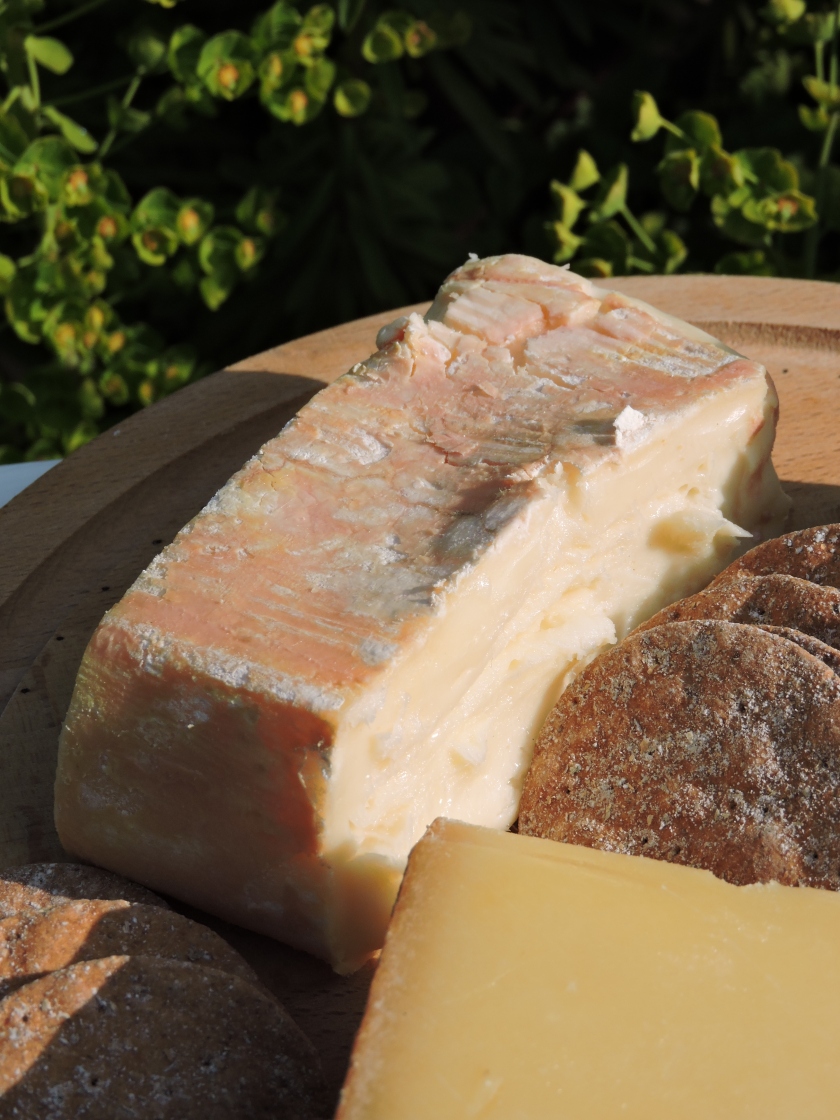 I think this was my favourite – I find soft cheeses are dangerous – once I start eating them, I can’t stop! It just falls onto the crackers. One after another… 😉

I can’t wait to see what next month’s will have in store. My only problem now is that I don’t want to wait another month. Could they make it weekly?!