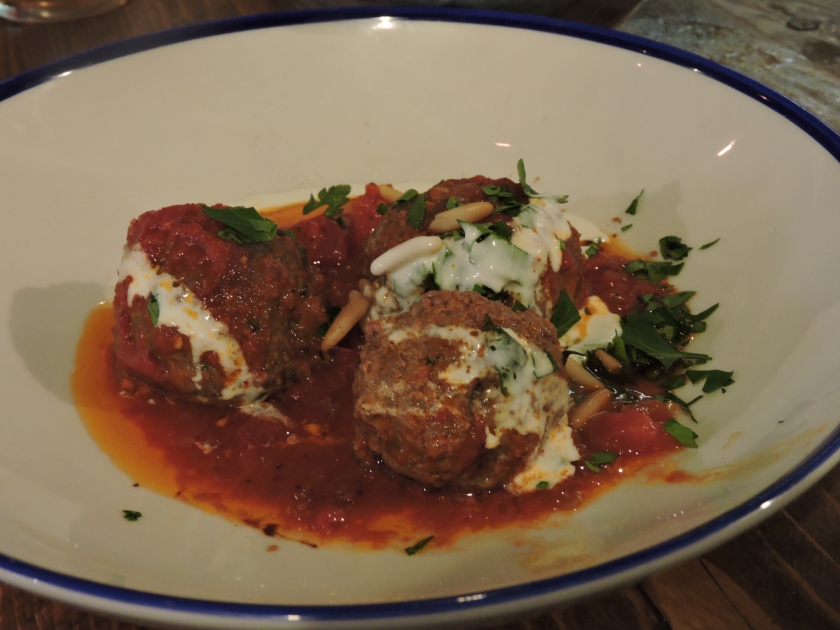 Have you heard of John Gregory Smith? I came across him on Twitter some time ago and have been a fan of his cooking since I bought his book ‘Turkish Delights’ – as you might have guessed from the name of the book, he specialises in Turkish cooking. But you might also have guessed from his own name, that he isn’t Turkish. He has, however, spent over 10 years travelling in Turkey and getting to grips with everything the cuisine has to offer.

As I’ve said before, having grown up in Cyprus where (whether people like to admit it or not), there are many culinary influences between countries like Turkey and the Middle East, I’m a big lover of this kind of food. And so when I saw John was hosting a supper club as part of the ‘Great British Flavours of East London’ series, I had to go!

Tim and I went after work, to the event hosted at Wringer + Mangle in East London – I’d never been before but it was a fantastic venue, with lots of cool artwork and décor.

We were greeted with a cocktail – Raki with Homemade Watermelon Soda – which we sat and drank outside in the cute covered area at the back of the venue. It was really tasty, there’s not enough watermelon used in drinks!

We were soon seated in the restaurant, where Tas Firin Bread, Olives, Tomato, Cucumber & Pomegranate Salad and Beetroot Borani and Hyadari (whipped feta and yoghurt dip) were already waiting for us on the table. 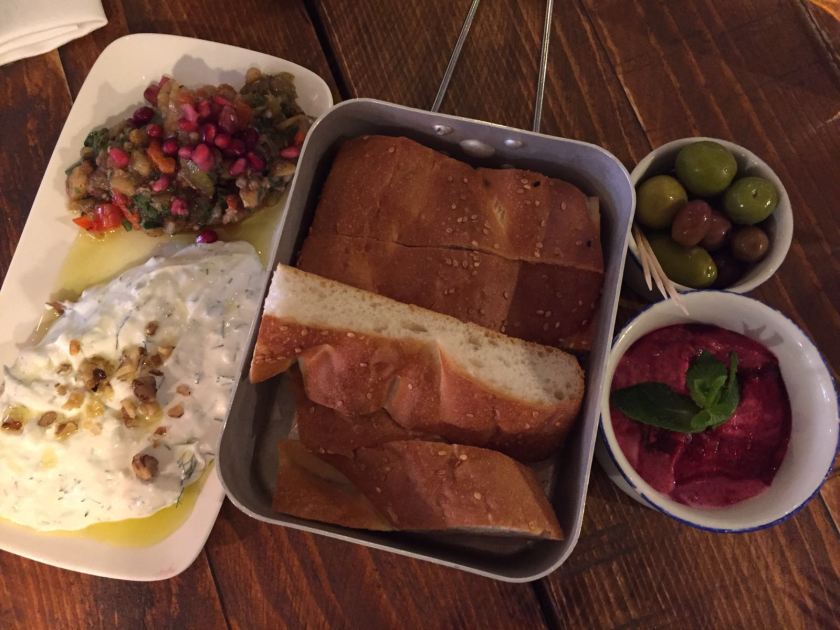 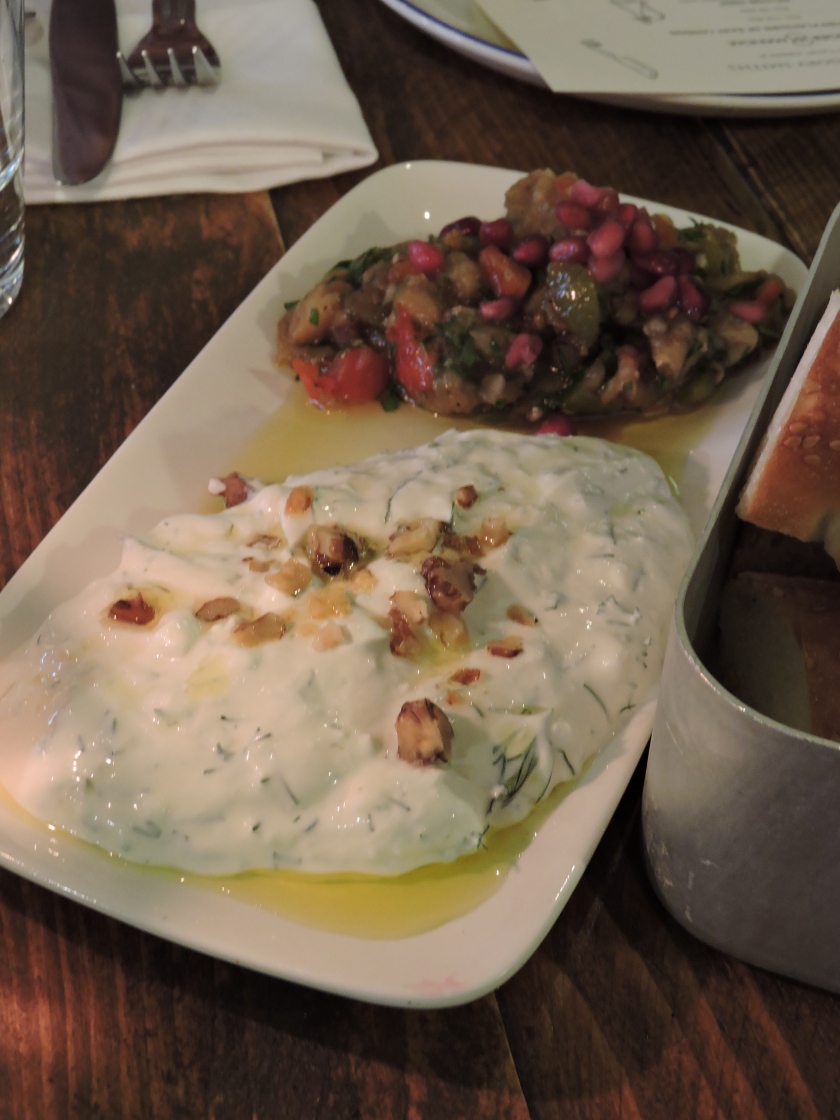 We were hungry so these were wolfed down fairly quickly – there were quite a few dips and sides and so fortunately, the bread was replenished. Particularly important for when the Kadaris arrived (baked prawns with with chilli butter, garlic, feta and herbs) as this required serious bread dunking!

Main course was Lamb Kofta, served with freekeh, yoghurt, pine nuts and spinach, and a herb and pomegranate salad.

I thought the kofta was incredibly tasty with lots of rich flavours. I felt it could have done with something a bit more starchy alongside it though. The salad was nice enough but would have preferred something warmer, especially considering we’d already had a pomegranate salad for starter.

Dessert was Chocolate Cherry and Hazelnut Mozaic Cake, served with Orange Blossom and Vanilla Whipped Cream. This was beautiful –  I loved the delicate flavours of the cherry and orange blossom with the richness of the chocolate and cream.

During the meal, I also tried a couple of other cocktails from Wringer and Mangle, which were superb, and some of the best cocktails I’ve had in a long time. The first was The Crumble: Belvedere Vodka, cinnamon syrup, fresh nutmeg, demerara sugar, fresh blackberries + apple, topped with ginger beer, garnished with crumble crust. It was like a heart warming pudding in a cocktail! 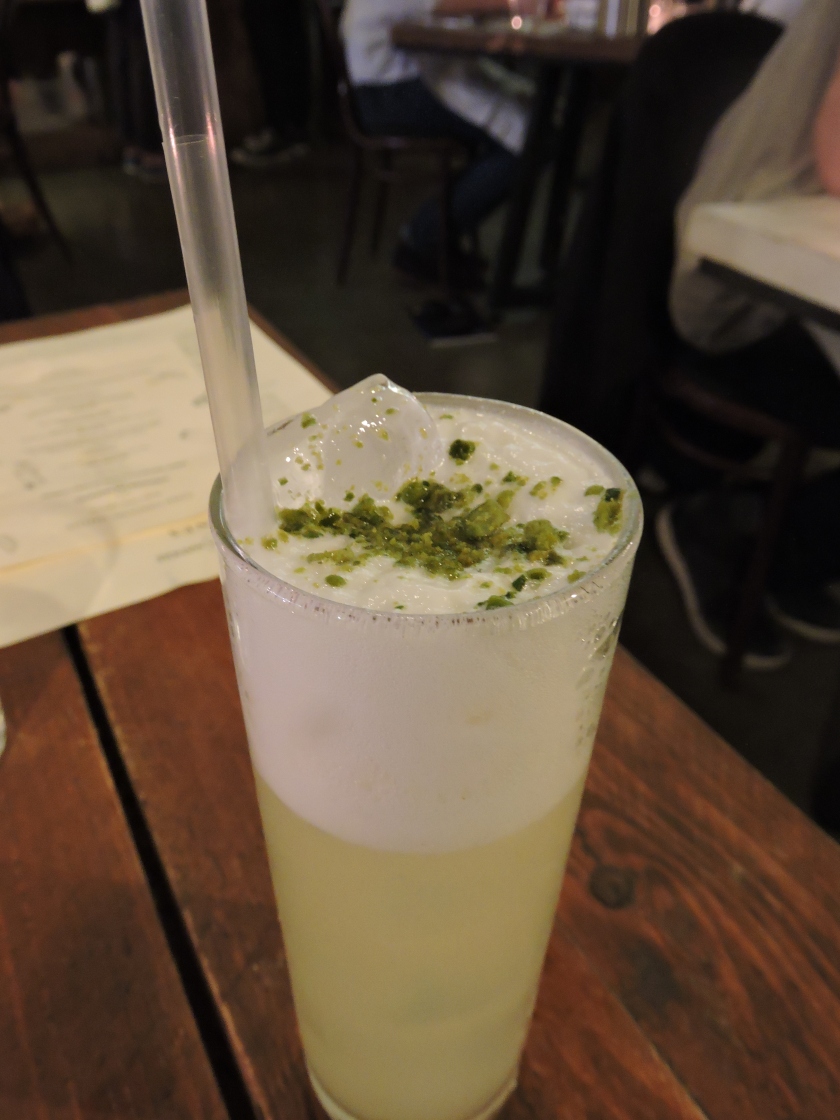 The evening was hosted by the lovely Victoria Stewart, who called John up to do a speech. It was short and sweet, he’s clearly not a fan of public speaking – he was making his way around the tables to say hello to the guests but sadly didn’t make it to ours. Hopefully there will be another opportunity in future, but we’ve still got plenty of dishes from his cook book to try out at home.

You can read more about John on his website here, and about Wringer +  Mangle here.