Some of my friends and I were recently discussing when we last went to a club. We were in Spain for a friend’s wedding, where it’s completely customary to head out to a club at 1am at the very earliest, which is technically the start of your night. I first started going out to clubs at the age of 15 when I lived in Cyprus and would dance happily away until the early hours, before taking a dip in the sea with my friends then heading home as my parents were waking. This was also very normal over there. But we’re all pushing 30 now (if not a year or two over) and decided we must have become old before our time, because none of us could remember the last time we went to a ‘proper’ club!! Pubs, sure, but not clubs.

This was all quite coincidental, because a few weeks ago I was invited to review the menu at DSTRKT. For those of you who haven’t heard of it, DSTRKT is a very fashionable club in central London (near Piccadilly Circus), regularly hosting A-list celebrities. What I didn’t realise is that it also has a restaurant and when I saw the menu online, I thought it looked great, offering a wide range of Japanese and modern European cuisine, in addition to various charcoal grilled dishes.

Tim and I went to try it out one evening mid-week after work and as soon as we walked in, we were very impressed by the decor and atmosphere. I’ve included some photos from their website to give you an idea of the scale and grandeur. 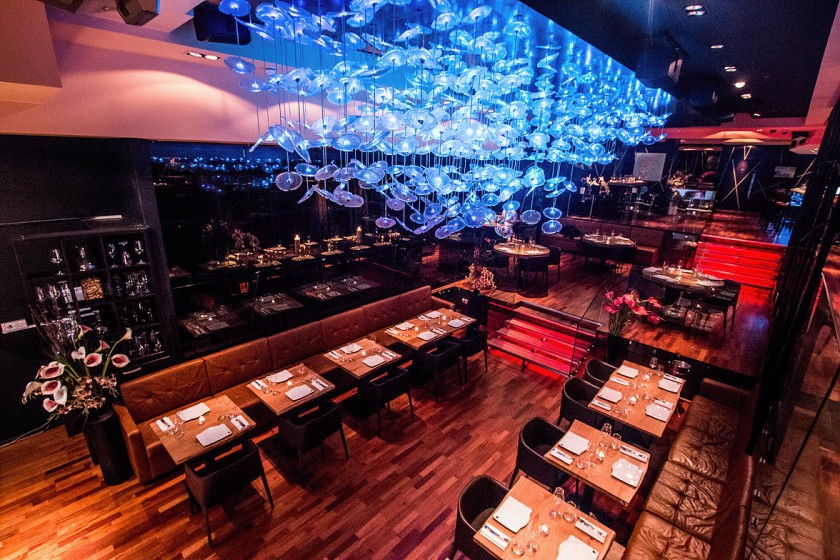 We tried a number of dishes as recommended by the manager – we’re more than happy with this approach, as we’re the least fussy eaters in the world and like to be surprised!

We started with a sushi platter, including dragon rolls and soft shell crab rolls, which were a first for me. I’m a big fan of soft shell crab but I hadn’t tried it in a sushi roll before – they were delicious! All of these dishes were paired with a bottle of a crisp white wine. 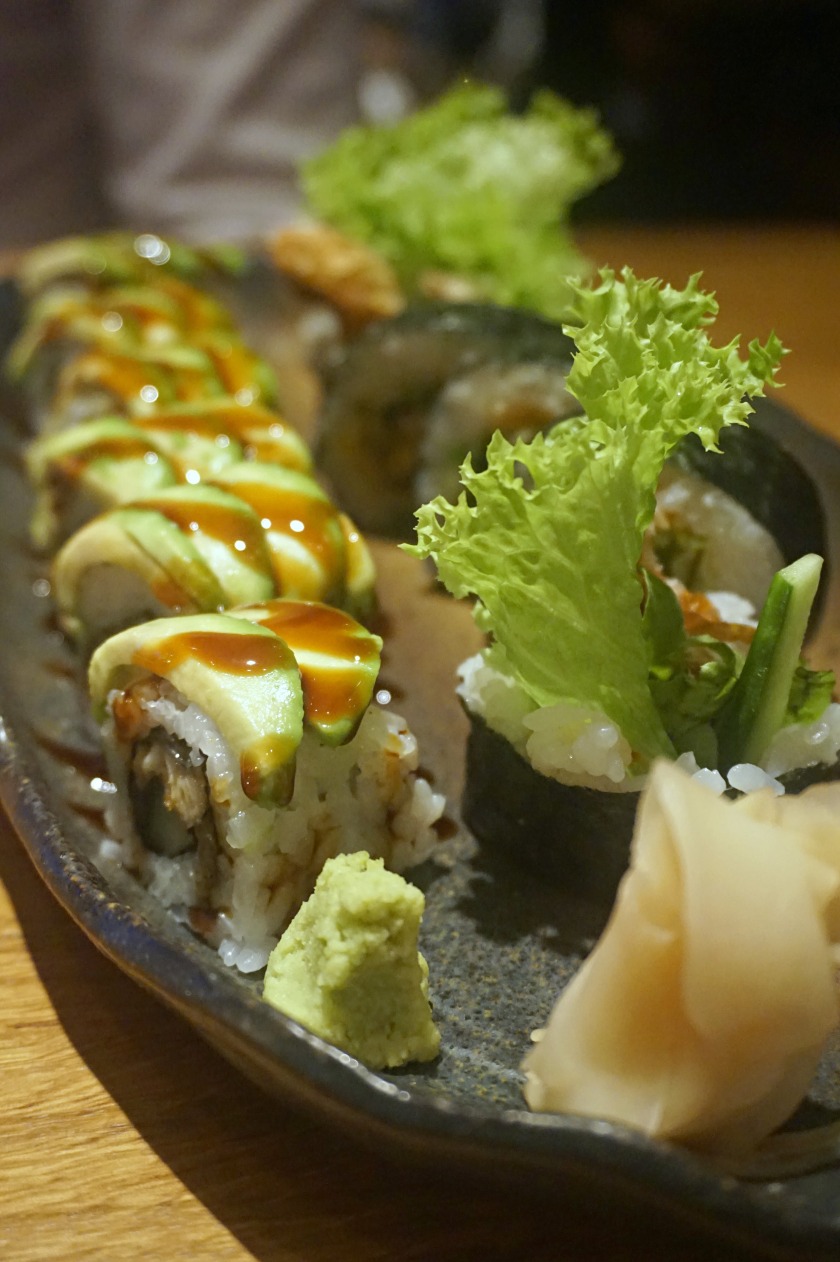 The main course was made up of three very different dishes. The first was a bowl of chilli squid. Lots of restaurants seem to be serving this dish these days, but this version didn’t disappoint, it was one of the best I’ve tried recently.

The second dish was a sea bass fillet, perfectly cooked with grilled vegetables and caviar, and beautifully presented.

The ‘piece de resistance’ really was the cod dish, in a flaky pastry, on a bed of seaweed. As well as looking rather special, it tasted superb and I’d never tried a dish with this combination of flavours and textures before.

But that wasn’t all, as we were treated to a chocolate pudding which was rich and indulgent, and was polished off very quickly indeed!

As we were leaving, a queue had started to form outside for the club, and we overheard conversations like “I don’t know what’s going on, there’s usually press outside already”. And on Twitter, my tweet about the restaurant was very quickly ‘liked’ by a number of very glam 18/19 year olds. So ok, the club probably isn’t really for me. Maybe 10 years ago, but not now. The restaurant, however, was a very pleasant surprise and somewhere I’d recommend if you’re looking for some high quality Japanese food at reasonable prices. The service was also superb, as you would expect at such a high profile venue.

I was invited to review DSTRKT restaurant but did not receive any payment. All views are my own.