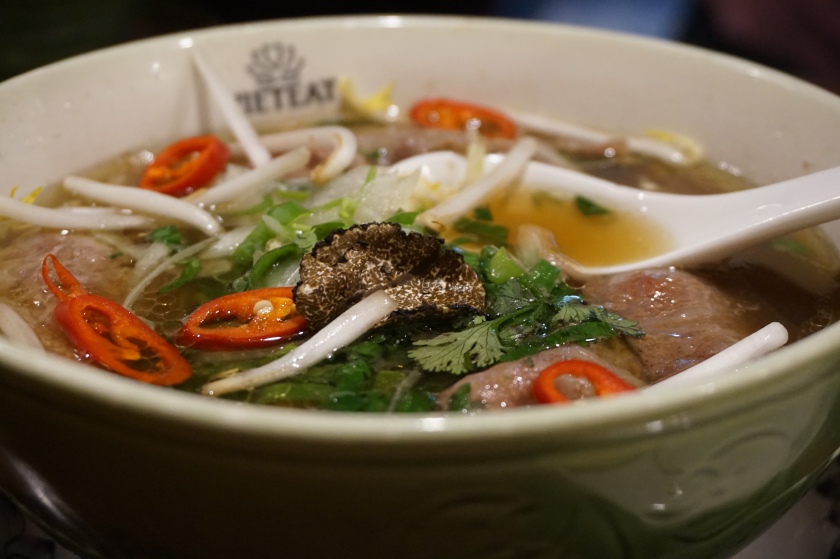 Last week I was kindly invited by the lovely Sheepa to try out the world’s most expensive Pho at the Vietnamese restaurant Pho & Bun in Soho, named ‘Super Pho’. And it was all for a good cause, to highlight a campaign the restaurant is running to raise money for Action Against Hunger!

So what goes into the world’s most expensive Pho?! Taking 2 months to prepare, the beef stock is cooked for 72 hours using a whole leg of dry aged beef.  Owner of Pho & Bun, Andy Le and his head chef Graeme Hibbs are using A5 grade Kobe beef which is retail priced at around £600/kg – the most expensive on the market, using two different cuts of beef to make both tender and rare beef. All Kobe beef cows are carefully monitored and fed a specialized diet which includes corn and pineapple. The cows are also massaged regularly in order to maintain their muscle tone. Pho & Bun are only using organic produce and herbs for the Super Pho Bowl. The Tam Duc fish sauce is imported from Vietnam and is the most desirable and sought after fish sauce in Vietnam, worth £30 a bottle. The Pho noodle is made fresh on the day then hand cut to precision. White truffle adds the final touch to give a luxurious aromatic experience to the dish. 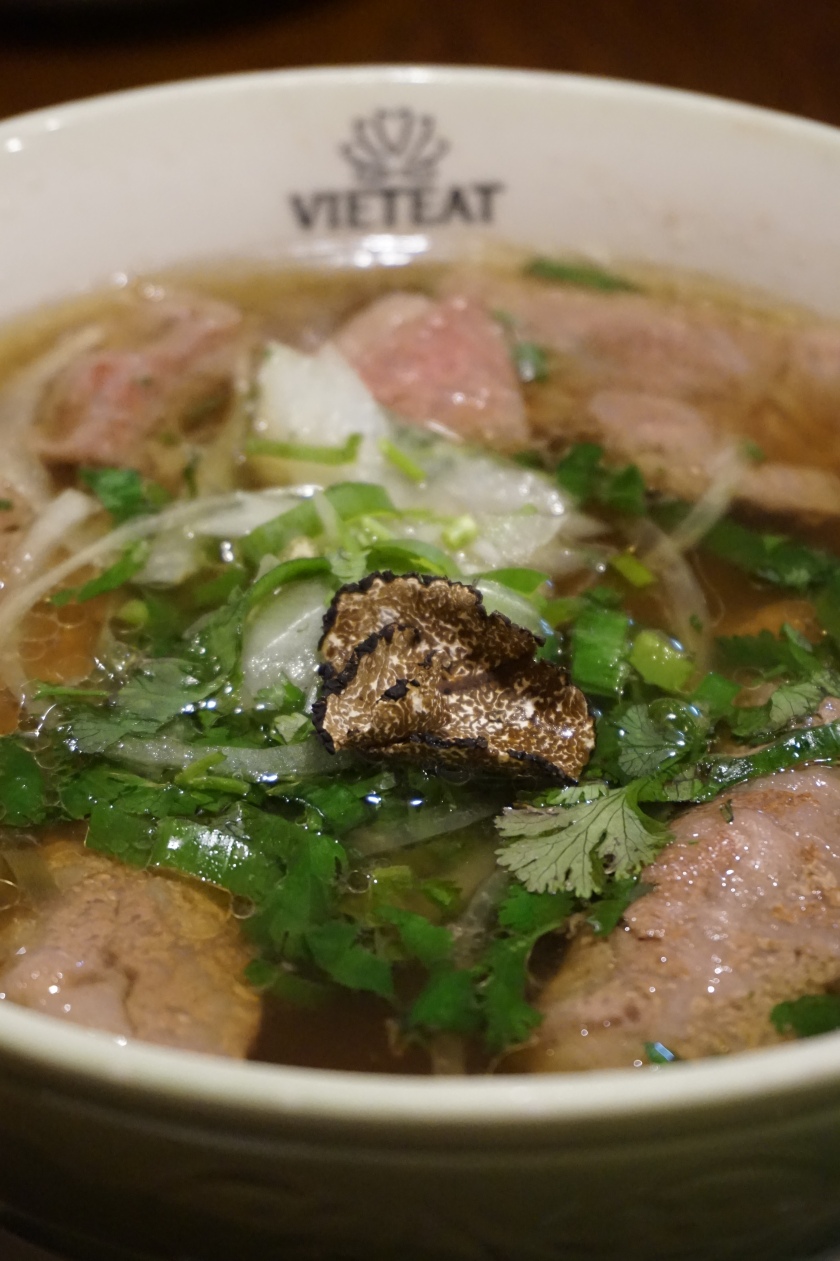 Now where does the charity come into this, you might be asking? Well, Pho & Bun are auctioning off this dish, with a starting price of £1,000 for a bowl big enough to be shared between two people. The winning bidder will also enjoy two starters, the summer roll with lobster and Oscietra caviar and the spring roll with  Canadian crab, lobster and free range black pork. All money earned will go to Action Against Hunger and the auction is currently live here, with three bids already!

We were given a sneak peek of the menu and I can confirm it was absolutely delicious, as you would expect! 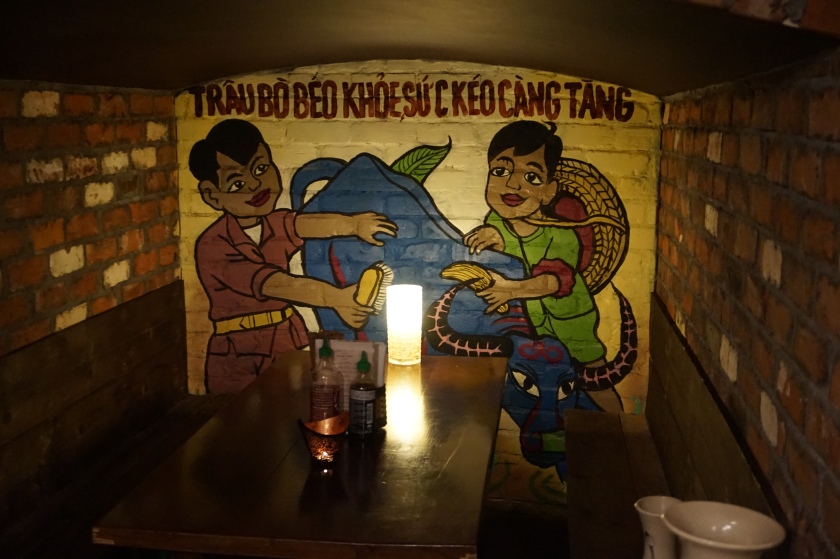 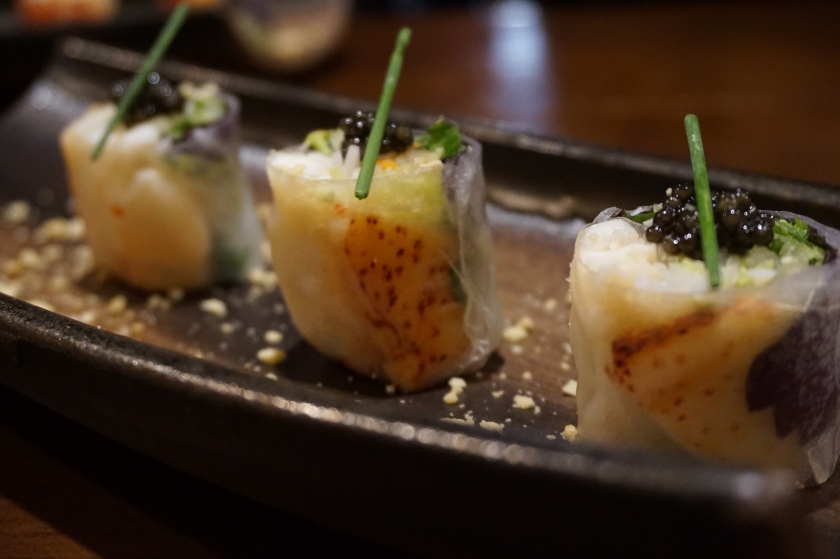 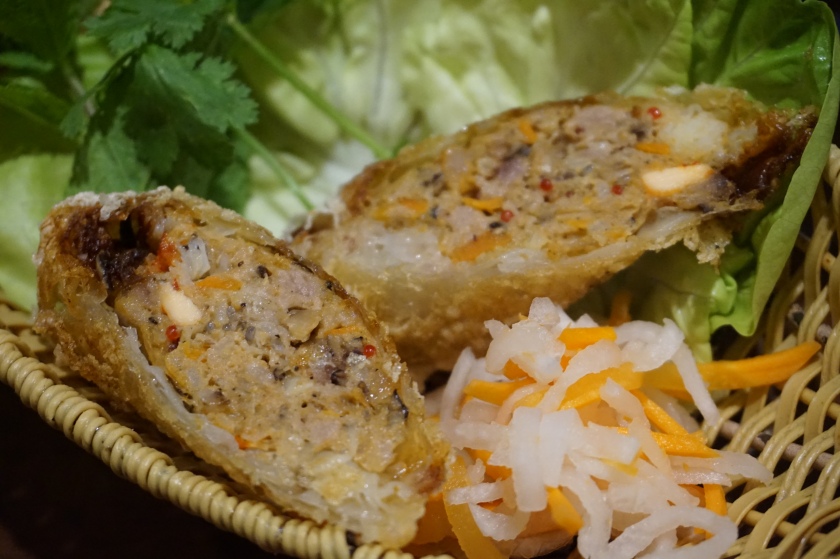 We also tried the Steamed Bao Burger with Confit Pork Belly, which was rich and scrumptious! 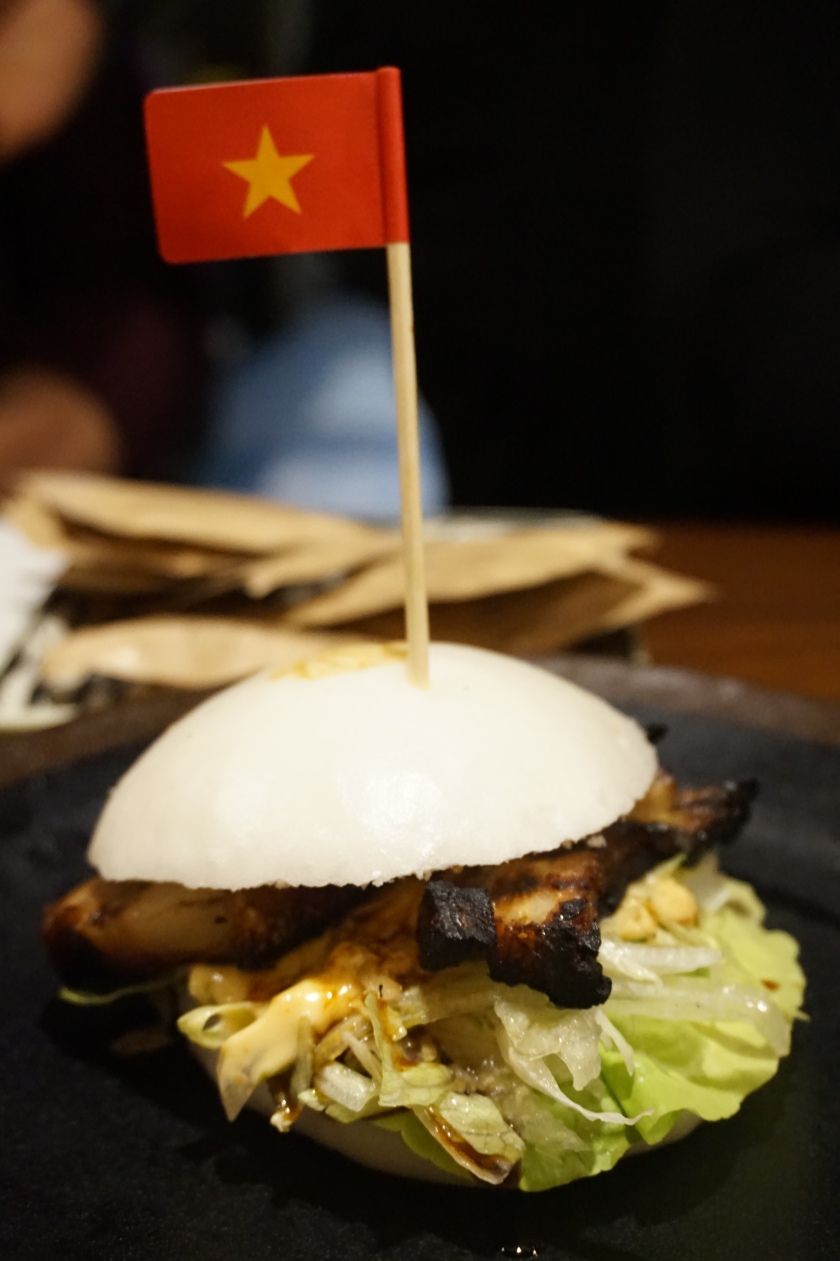 I’ll definitely be returning – it was such delicious, hearty food at very reasonable prices (Super Pho, aside, although that’s for a very good cause!) and close to my office, which is rather dangerous!

If you fancy paying Pho & Bun a visit, they’re on Shaftesbury Avenue close to Queen’s Theatre. You can find out more on their website here.

I was invited to review Pho & Bun but did not receive any payment. All views are my own.