There’s nothing I love more than an invitation to an event related to cheese. And even more so if it’s about my beloved feta! Feta is a cheese which I’ve grown up with – in Cyprus I always preferred it to halloumi. It was also the cause of many a family row when eating at a local taverna – cubes of it would be scattered on top of the Greek salad at the start of a meal, and there would inevitably always be a fight for the last piece!

I was recently invited to a feta tasting at The Greek Larder in King’s Cross, a restaurant I’ve been meaning to visit ever since it opened but frustratingly never got round to it. It’s a 10 minute walk from Kings Cross, in the very cool and completely revamped area north of the station, with large glass windows surrounding it in-keeping with the area. But inside you feel very much like you’re in a traditional Greek restaurant, with local produce adorning the shelves and displays. I was very happy to be greeted with an enormous mountain of kourabiedes, something I loved as a teenager (and of course still do today, when I can get my hands on them!) 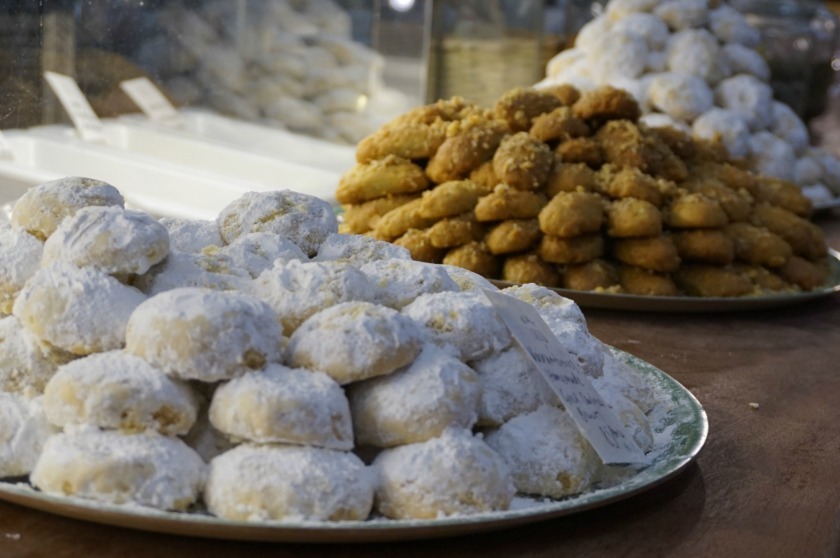 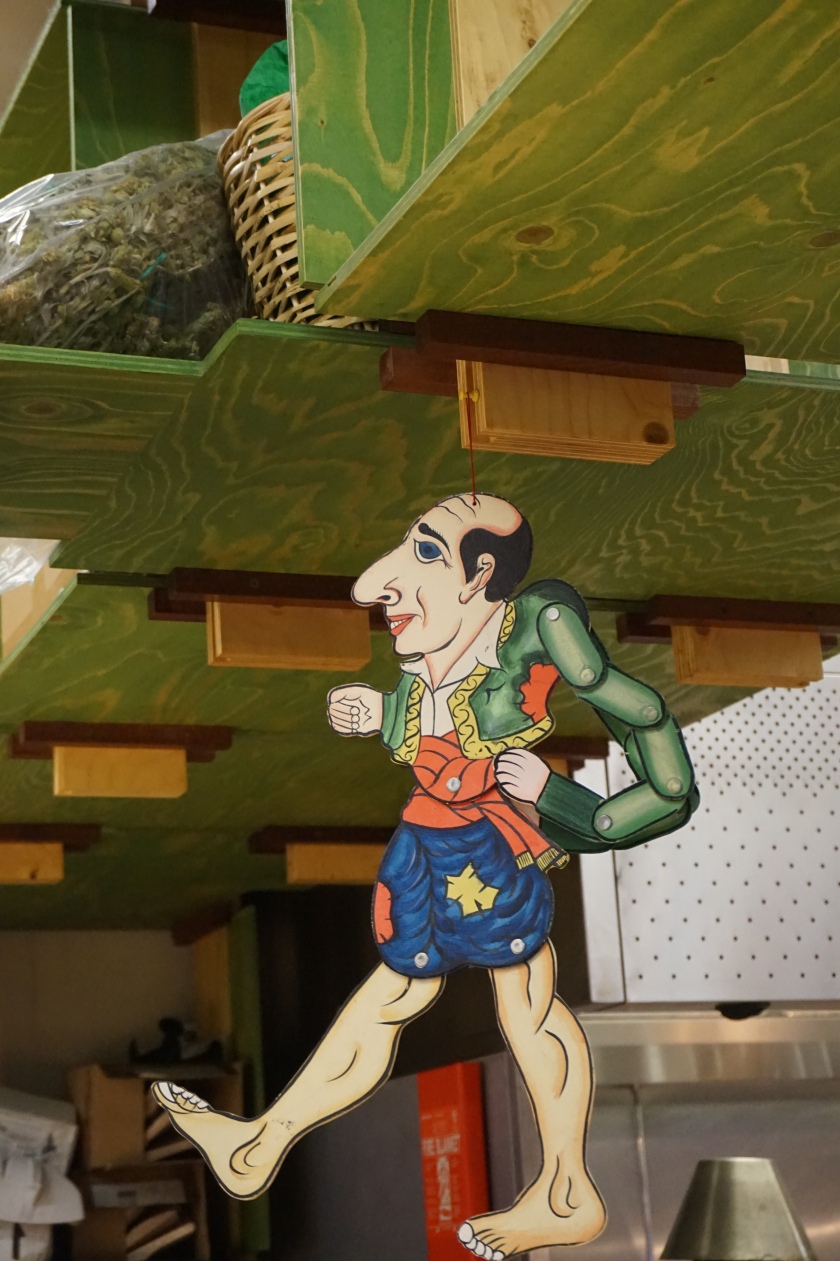 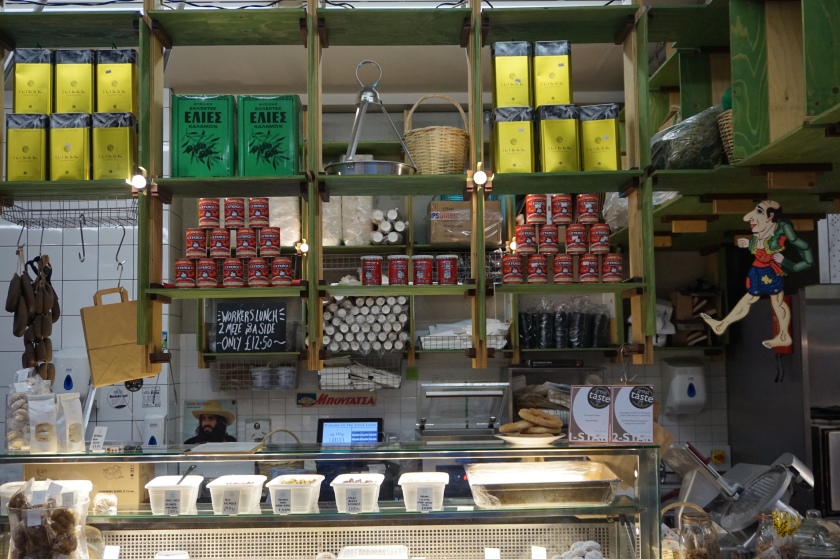 But I was there to sample feta of course, at an event hosted by Odysea, an online marketplace selling the highest quality Greek food products. The business first started out in 1991, when Panos Manuelides embarked on bringing the delights of the Greek cuisine to the UK, selling premium Greek olives from a stall on Portobello Road. The website now sells everything that a Greek food lover’s heart could possibly desire, and also features a wide range of Greek food recipes. 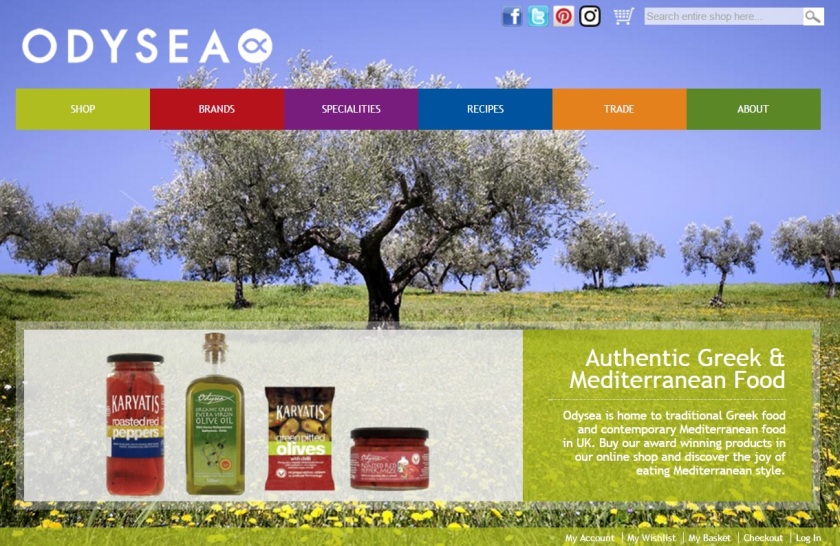 We were also joined by the lovely Sophia who had travelled over from Greece from Roussas Dairy, which supplies feta to Odysea. It was founded in 1952 by the Roussas Family, and the family has adhered to the traditional methods of cheese production while its secrets have been passed down from their nomadic forefathers, the Sarakatsani, who for centuries roamed through the mountains of central Greece with their herds.

The company moved to more modern premises in Almyros, central Greece, with an annual capacity of over 10,000 tons of cheese and a processing capacity for sheep’s milk of 80,000 litres per shift. However, traditional methods are still of the utmost importance, so they combine the best of the old school methods with modern capabilities to be able to produce the amount of cheese they need to supply feta lovers around the world (USA, Canada, Europe, Africa, Asia, Australia, Middle and Far East).

The feta cheese made by Roussas and sold by Odysea, while it would have traditionally been made with animal rennet, is now produced with vegetarian rennet, so it’s suitable for vegetarians.

Despite having devoured a lot of feta for many years, I had to admit that I didn’t know a huge amount about how it is made. For instance, did you know that for feta to officially be feta, it needs to be made up of a maximum 30% goat’s milk, and 70% sheep’s milk? And of course, due to it’s PDO status, it must be made in Greece with Greek milk, if it’s sold within the EU.

We were treated to a number of different fetas (I was in heaven!), including a non-organic Greek feta, an organic Greek feta, a feta made with 100% goat’s milk, a feta made with 100% cow’s milk, and a barrel-aged feta. The latter makes up around 20% of the Roussas business  – the feta is matured for up to 4 months in traditional wooden barrels made from beech trees. The trees are specially assigned to Roussas Dairy to be able to make these barrels, so as you can imagine, this type of cheese is more rare and therefore more expensive. Non barrel-aged feta is produced in a rectangular shape, whereas barrel-aged feta is obviously moulded to the shape of the barrel – this is how you can tell if you’re buying an authentic barrel-aged feta, as it should be triangular shaped, not rectangular.

You can watch a video here of one of the barrels being opened:

It was really interesting trying the different types of feta – compared side by side, they really were completely different. The sheep’s milk feta was tangier and creamier, and dare I say it, better! The goat’s milk cheese was nice, but very much like a typical goat’s cheese. It was fascinating trying the cow’s milk feta – it was quite clearly made from cow’s milk and was very unusual to taste. It had a similar texture to what you would expect from feta, but with underlying flavours you would expect from a cheddar or other hard cow’s milk cheese.

My preference at this event was the barrel aged feta – there was just something a little different about it, and I liked the slight smokiness of it.

After trying these different types of feta, the chefs at The Greek Larder prepared three delicious dishes using the cheese – horta (Greek greens) with feta on top, baked feta with tomato and capers, and one of my all time favourites, spanakopita (spinach pie!)

So it did make me wonder – was the feta I used to eat growing up in Cyprus actually feta, or Cyprus’s own spin on it (even if legally they weren’t supposed to call it that)? I did a bit of a poll on my Facebook page with friends back in Cyprus, asking them what was in the cheese that they buy and eat there. There was quite a mixed opinion overall – generally it was believed that the ‘proper’ feta there is indeed from Greece, although there was still some confusion over what type of milk feta should be made from, particularly with the feta style cheese actually made in Cyprus.

I took home lots of other goodies from Odysea (including olive oil and Greek beans) which I’m looking forward to tucking into – I’m going to visit my mum up in Yorkshire in a couple of weeks so I’m thinking of taking some to her to try, for a little taste of home! I’m really pleased I’ve found out about Odysea, because I now know where I need to go to get my authentic Greek food fix!

You can visit the Odysea website here, and learn more about Roussas Dairy here.

I was invited to the feta tasting at The Greek Larder by Odysea and Storm Communications, but did not receive any payment. All views are my own.