After an incredible stay at Chyulu Hills in Kenya for my 30th birthday (you can catch up here about the hotel and here about the safari it you haven’t read them yet), we spent the second half of the holiday on the island of Zanzibar.

I’ve always been fascinated by it as a destination, ever since I was a child. The name conjures up so many magical and fantastical images, with photos of calming turquoise waters and vibrant colours of the spice markets helping to reinforce this dream-like place. And hey, it was even referenced in a Tenacious D song (if you know, you know). So I was so excited to finally get to spend some time there.

We took our tiny safari link plane from Chyulu Hills back to Nairobi, and from there we caught a slightly bigger plane which took about an hour and a half direct to Zanzibar. One of the many perks of booking with Turquoise Holidays is that we were met off the plane at the tarmac and escorted to a VIP arrivals area where we were given drinks, our documents were swiftly checked and we were escorted to our private transfer.

It took about 45 mins to arrive at our hotel but it was an easy and exciting drive, travelling through local markets and villages that completely lived up to my imagination, a complete treat for the senses. We were staying at The Residence, and after a 10 minute drive down a bumpy track from the main road, seemingly into the middle of nowhere (but turned out to be right on the coast) and with monkeys swinging from the trees either side, we arrived at our little piece of paradise.

We booked a Luxury Garden Pool Villa which was enormous, with a big bedroom, spacious bathroom with a free standing bath and indoor and outdoor showers, a separate living area, and an outdoor terrace with sun loungers, a seating area and our own pool, which was a good length for swimming in rather than just being a plunge pool for taking a dip to cool off. We were also given our own bikes to use to get around the resort if we needed them. It was more modern than our lodge at Ol Donyo in Kenya, but this was a nice change for the second part of our holiday. 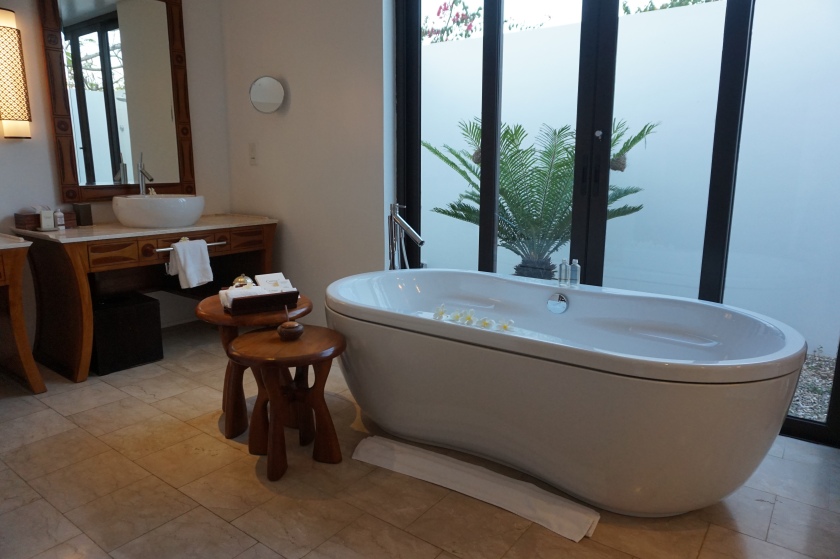 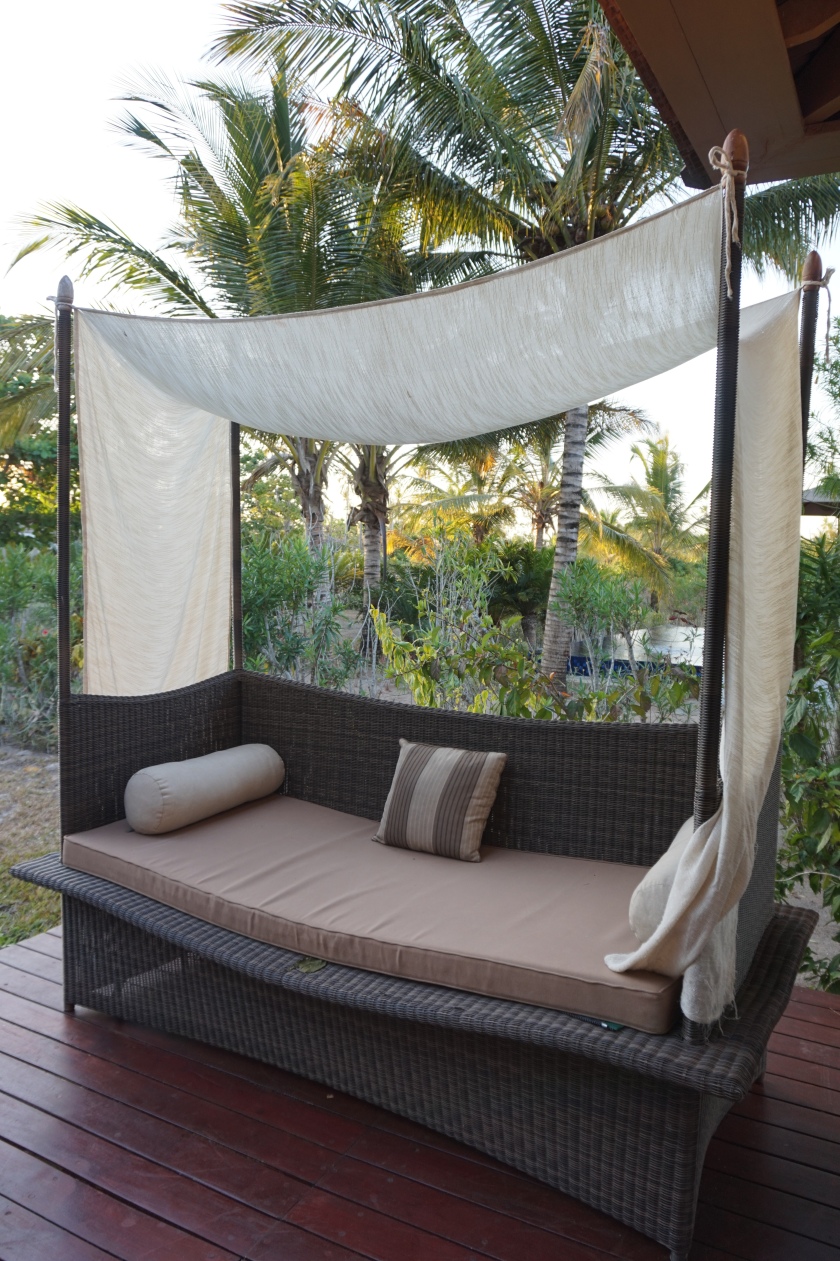 For my birthday, we had breakfast in our villa and I was as happy as Larry relaxing in my dressing gown by the pool, tucking into a range of local breakfast dishes.

The Residence has a couple of restaurants but only one of them appeared to be open during our stay (as we were only there for 4 nights) which was a bit of a shame, as we often found it was a buffet and generally prefer a la carte. That said, the standard of the buffet was superb with an excellent range of dishes across all courses, and there was usually some form of live local musical accompaniment to give the restaurant a lovely buzz. Even though we were only in one restaurant during our stay, the hotel still made an effort to mix it up each night in terms of seating – for instance, on one night all of the tables and chairs were moved down onto the beach, another night they were dotted around the infinity pool. The evening we were on the beach was my birthday, which the hotel clearly knew about, as the kitchen and waiting staff emerged en masse with a big chocolate cake with candles and sparklers and a card, danced around the entire crowd on the beach before ending at our table and sang a traditional birthday song to me. Really, really lovely!

The beach was stunning and I was fascinated by the tides – the tide goes really far out, so when we were lying on the beach, we were looking out at a vast sea bed. People from the local villages spend the mornings searching for seafood in the rock pools that they can  eat and sell, before sea returns to the shore. And when it does, it’s a stunning turquoise blue. The shells that washed up on the sand were incredible and I was dying to take some home for my collection but apparently it’s illegal, so I’m glad I avoided a Bridget Jones in Thailand-esque situation at the airport! 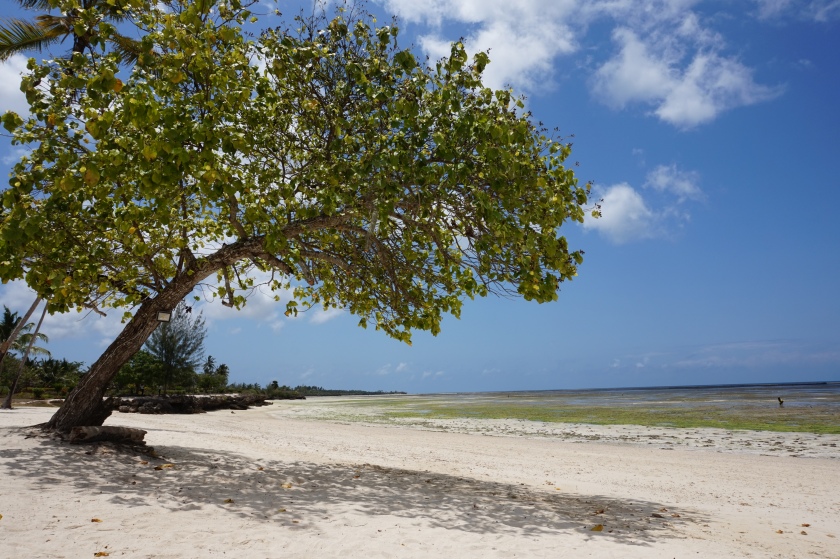 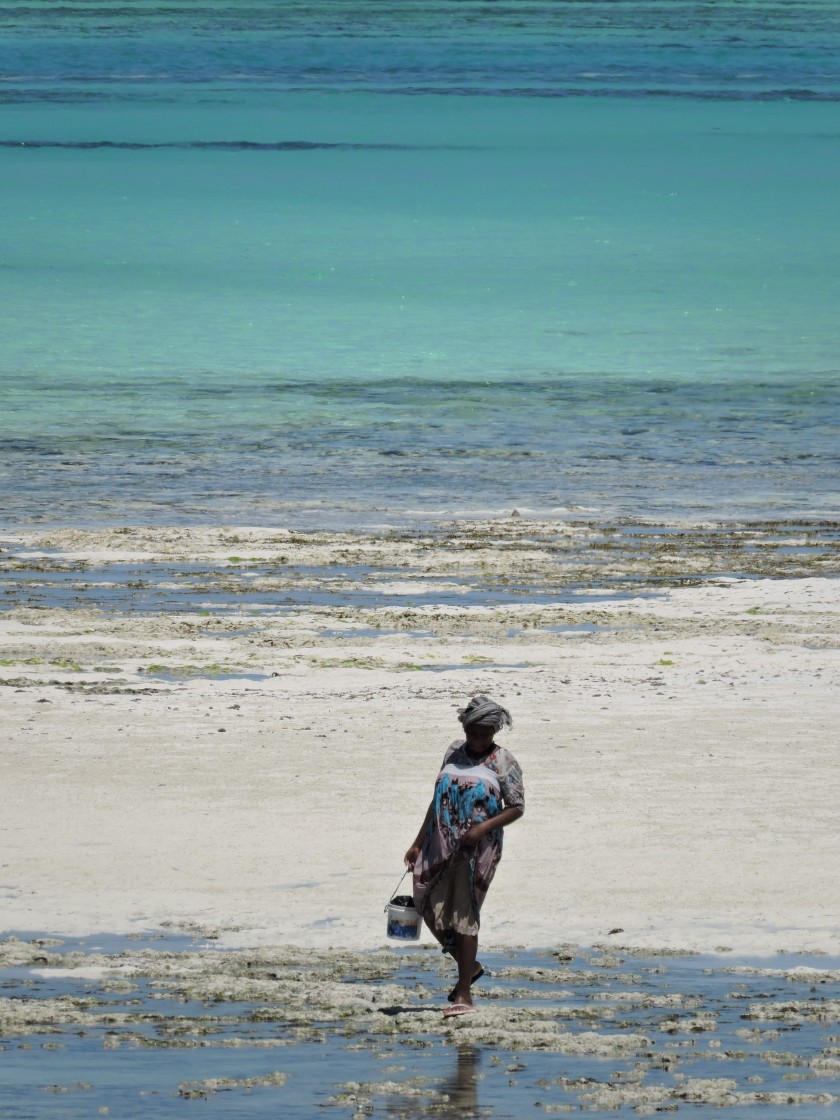 Then there were the monkeys. So many monkeys. And I adored them! We noticed they seemed to emerge just after breakfast – I’m wondering if the guests had got into the habit of bringing them food from the dining room and so they were accustomed to this being ‘feeding time’. Just look how cute they are! 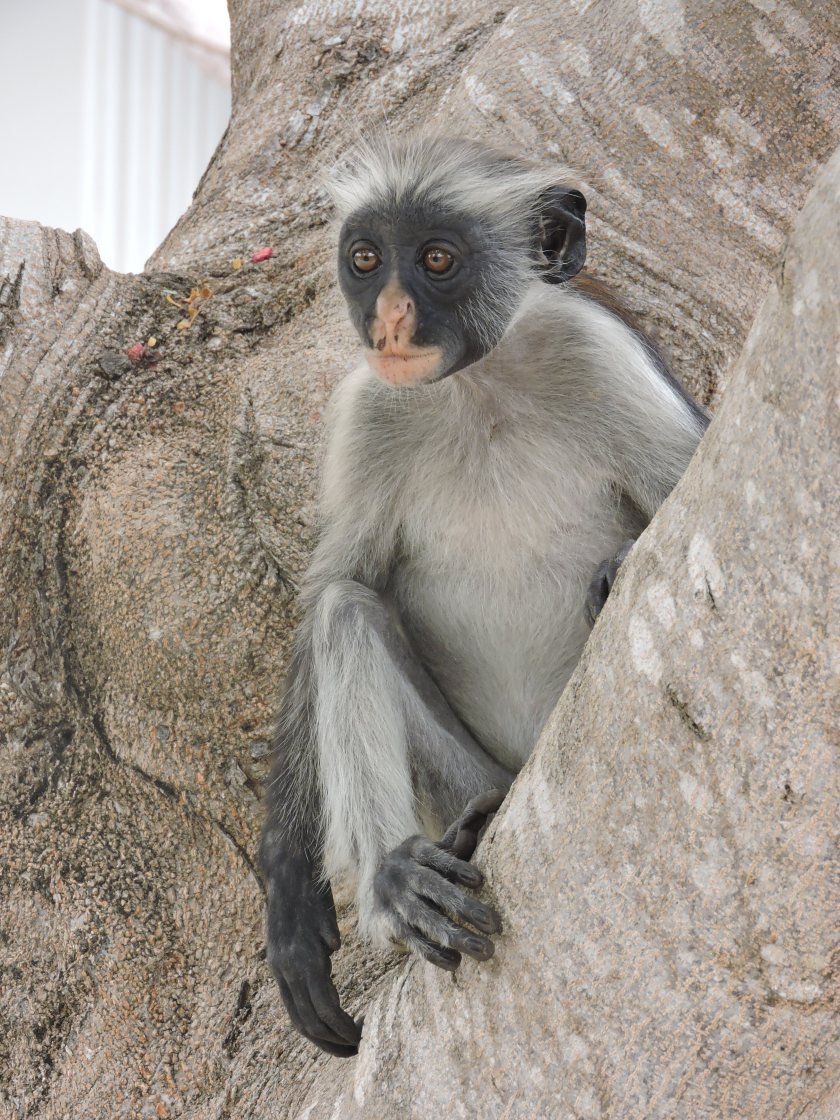 One morning, I naively left a glass of orange juice out on the table on our terrace. We returned to a mob of about 15 monkeys, and watched as one lifted up the glass to drink, just like a human. He wasn’t quite so graceful at placing it back down and it smashed everywhere, with another monkey taking a piece of the glass with him. Yes, a monkey with a shiv. This is how 28 Days Later really starts, people!

One evening we decided to do a ‘sunset cruise’ on one of the local style fishing boats, organised by our hotel. You pay a set cost per person but we were incredibly lucky that no one else booked for that evening, so we had the boat to ourselves! We sat back with some local beers and nibbles and quite literally watched the world go by. 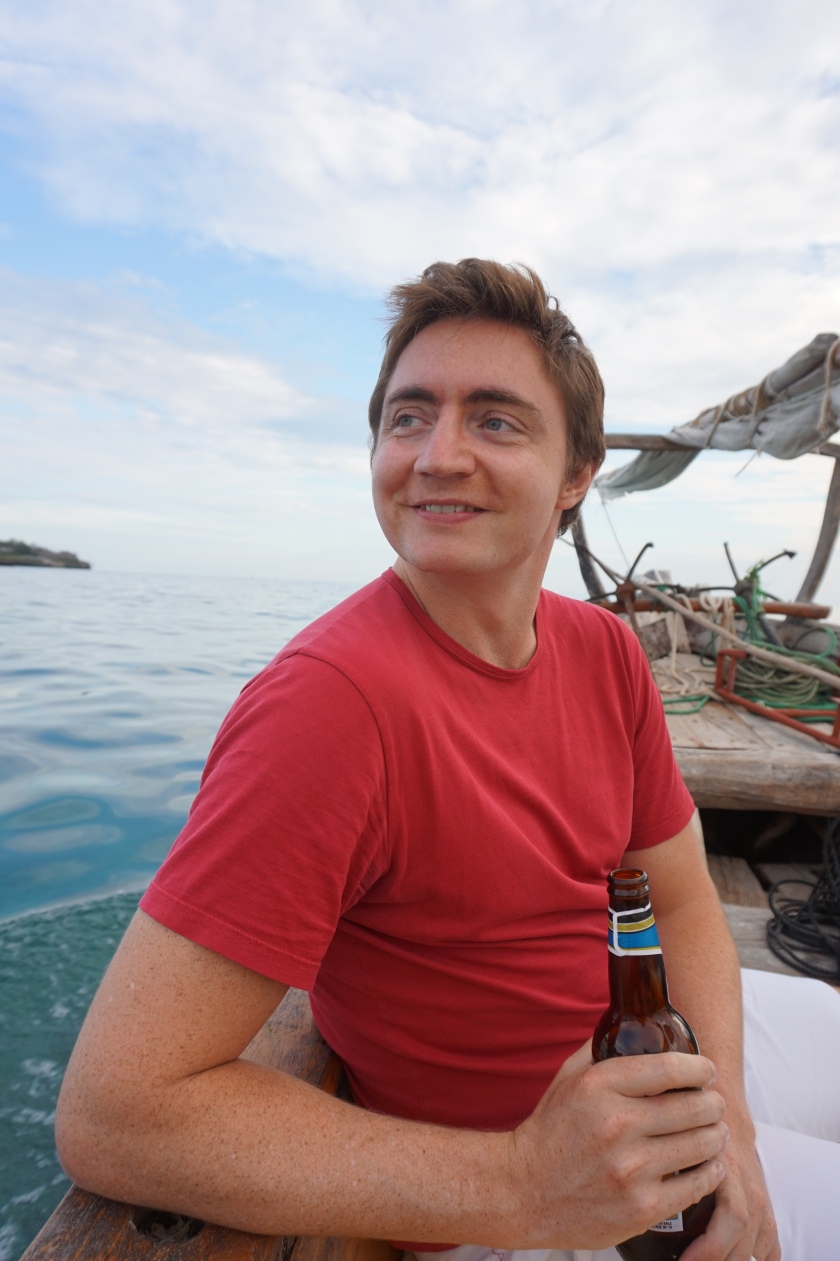 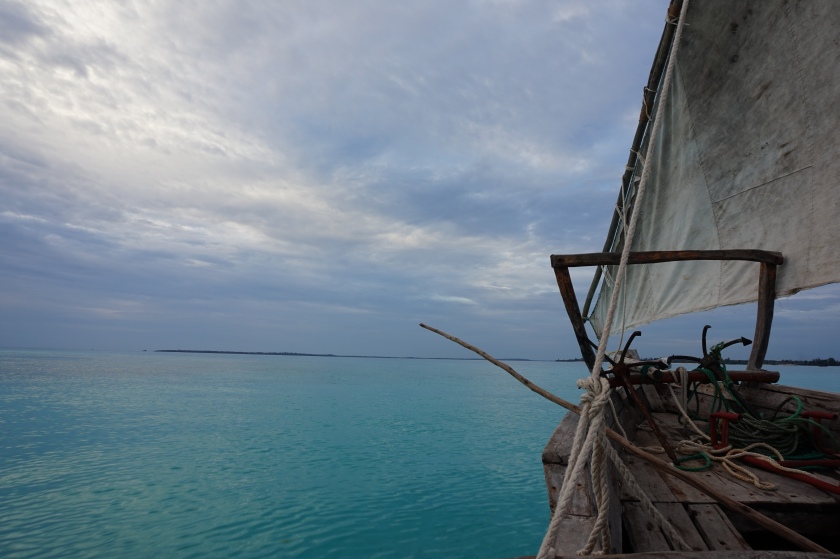 I wish we could have spent longer in Zanzibar as I really loved it and we didn’t venture out of the hotel, but I know there’s lots more to see. We did have a spectacular lunch at The Rock restaurant which I’ll be writing about separately, so make sure to keep an eye out for that.

In the meantime if you’re interested in finding out more about The Residence, you can visit their website here.